US soccer's Megan Rapinoe to Trump: 'Your message is excluding people' 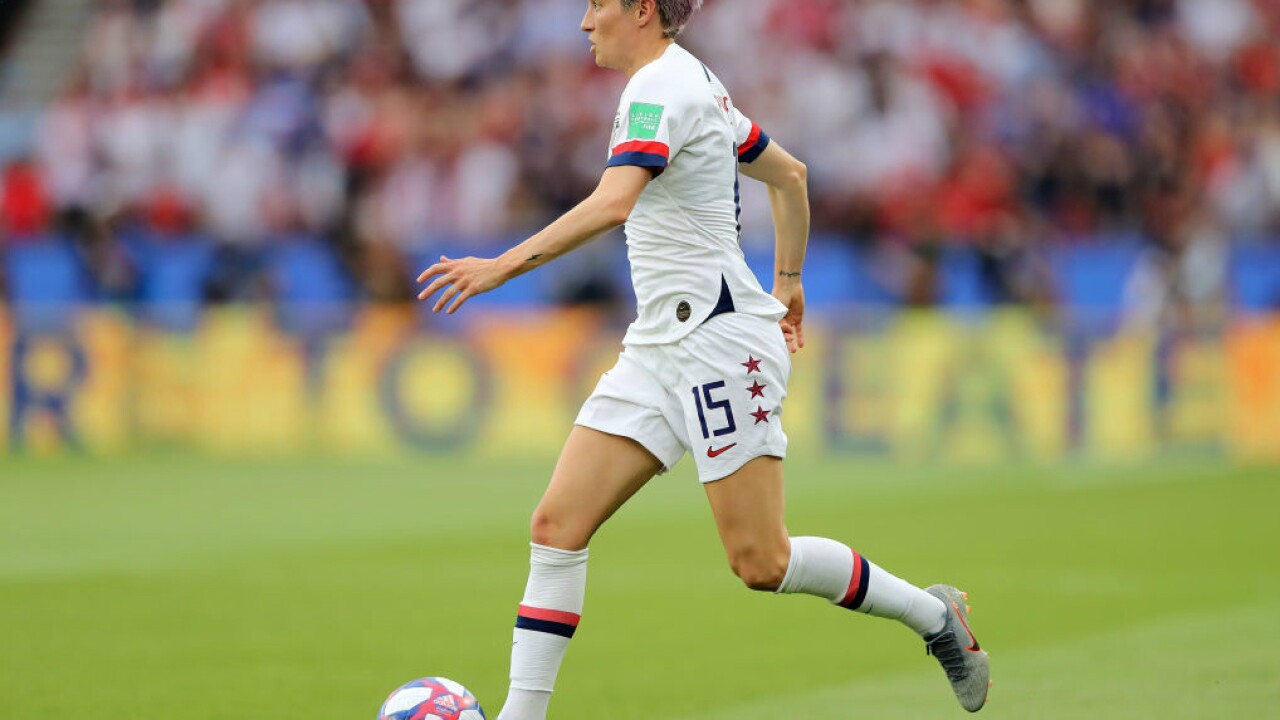 US women's soccer captain Megan Rapinoe sent a message to President Donald Trump on Tuesday, telling him he's excluding groups of Americans with his message and that he needs to do better in caring for every single American.


"You have an incredible responsibility as the chief of this country to take care of every single person, and you need to do better for everyone," Rapinoe added.

Rapinoe has skyrocketed to national prominence for leading her team's undefeated run to win the World Cup on Sunday, championing the lawsuit filed by 28 US Women's National Team players demanding pay equal to the men's team -- and asserting that she would not be "going to the f*****g White House" if the women's team won the World Cup.

Trump shot back , advising that Rapinoe "should WIN first before she talks!" and "Finish the job!"

"We haven't yet invited Megan or the team, but I am now inviting the TEAM, win or lose," Trump added. "Megan should never disrespect our Country, the White House, or our Flag, especially since so much has been done for her & the team. Be proud of the Flag that you wear."

Addressing her controversial comments, Rapinoe expressed regret for swearing so much but stood by her decision not to go to the White House.

"I don't think anyone on the team has any interest in lending the platform that we've worked so hard to build, and the things that we fight for, and the way that we live our life -- I don't think that we want that to be co-opted or corrupted by this administration," Rapinoe told Cooper.

She added that allowing the White House to "put us on display" didn't "make sense for us at all," adding that "there are so many other people that I would rather talk to and have meaningful conversations that could really affect change in Washington than going to the White House."

Rapinoe accepted the invitations that she and the team have received from Democratic lawmakers -- including Rep. Alexandria Ocasio-Cortez of New York, Senate Minority Leader Chuck Schumer of New York and House Speaker Nancy Pelosi of California -- telling Cooper that based on conversations with her teammates, "everyone is interested in going to Washington."

"This is such a special moment for us, and to be able to sort of leverage this moment and talk about the things that we want to talk about and to celebrate like this with the leaders of our country is an incredible moment," she said. "So yes to AOC, yes to Nancy Pelosi, yes to the bipartisan Congress, yes to Chuck Schumer -- yes to anyone else that wants to invite us and have a real substantive conversation, and that believes in the same things that we believe in."