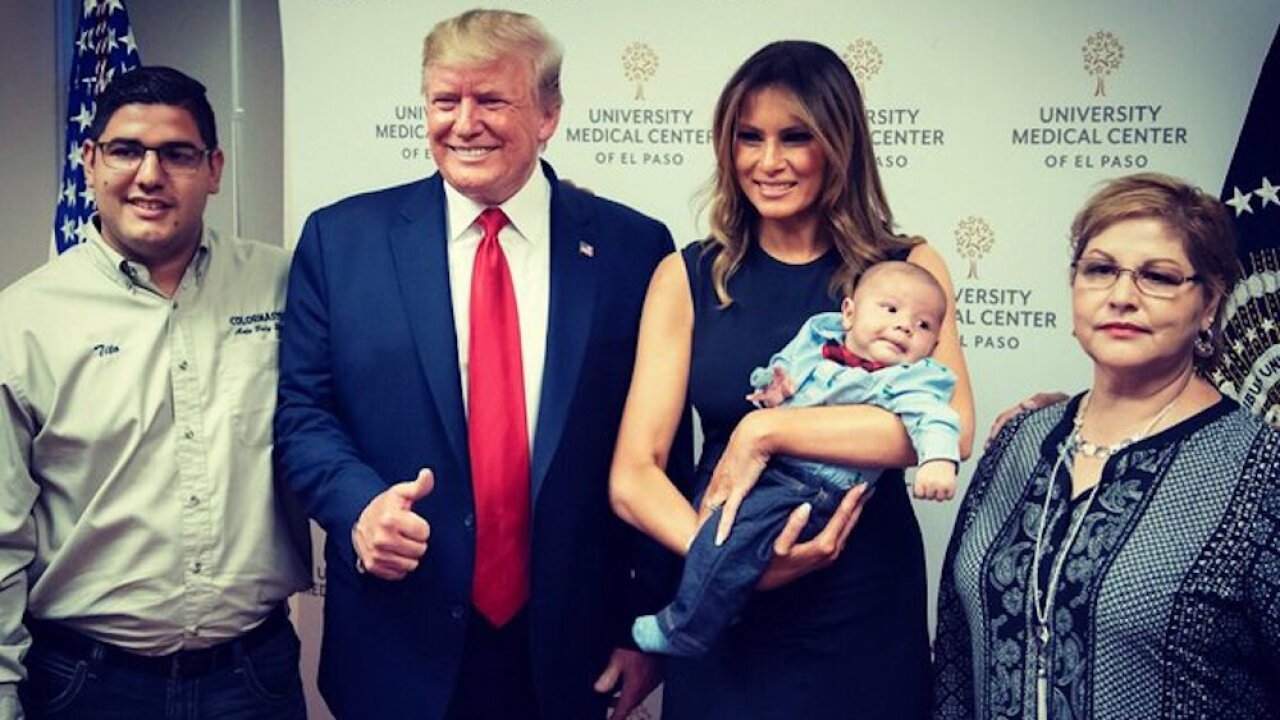 President Donald Trump is facing criticism on social media after First Lady Melania Trump posted a photo of Trump giving a thumbs up while she held a baby orphaned in the El Paso shooting.

The photo was one of four shared by the First Lady from the Trumps' visit to El Paso, where 22 people were killed in a mass shooting at a shopping center on Saturday.

"I met many incredible people in Dayton, Ohio & El Paso, Texas yesterday. Their communities are strong and unbreakable. @potus and I stand with you!" Melania Trump tweeted on Thursday.

The photo above shows the Trumps with 2-month-old Paul Anchondo. His parents Andre and Jordan died protecting him in the shooting. Paul suffered broken bones after his mother fell while carrying him.

Shortly after tweeting the photo, many Twitter users responded to Melania Trump, asking why she was grinning, and her husband was flashing a "thumbs up."

I met many incredible people in Dayton, Ohio & El Paso, Texas yesterday. Their communities are strong and unbreakable. @potus and I stand with you! pic.twitter.com/SHzV6zcVKR

CNN reports that the man standing next to Trump in the photo is the baby's uncle and is also a Trump supporter. It's common for the president to pose with a thumbs up, especially in a photo with supporters.

Many on Twitter found the photo distasteful, and replied to the First Lady to let her know.

When you held that just-tragically-orphaned baby, did you have a twinge of guilt in using him as a prop? Did you think about how his mother cradled him with her body to protect him from a white supremacists’ gunfire, & about how he’ll never be able to be cradled by her again?

You both were there for a photo op and used the victims as props. I am ashamed at how happy you both appeared and at the words of your husband. The orphaned child and Donald’s thumbs up. Sickening.

Reporters were not permitted to follow the president during his interactions with victims during his trips to Dayton and El Paso on Wednesday Thursday. Followiing the meeting with victims, Trump told reporters that "we had a great day."