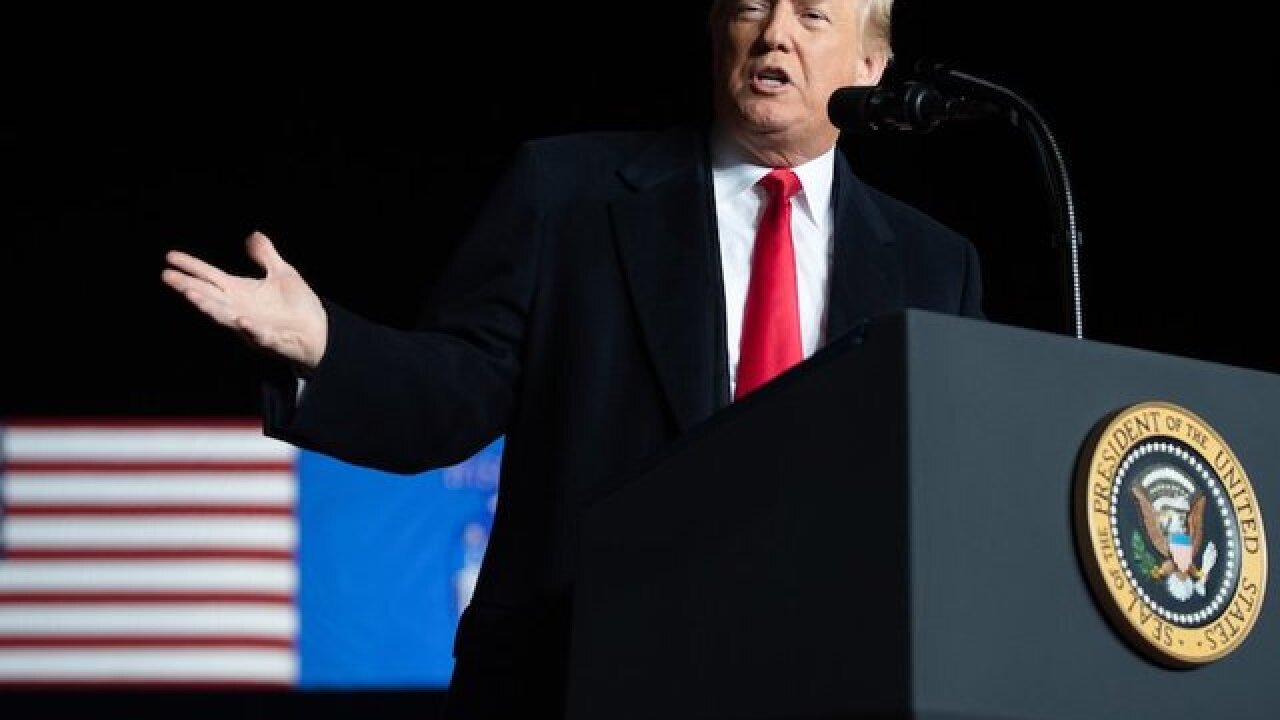 © 2018 Cable News Network, Inc.
Saul Loeb/AFP/Getty Images
<p>President Donald Trump falsely claimed Saturday that the New York Stock Exchange re-opened the day after the September 11, 2001, terrorist attacks in an effort to justify holding a rally on the same day that a mass shooting occurred at a synagogue in Pittsburgh.</p>

President Donald Trump falsely claimed Saturday that the New York Stock Exchange re-opened the day after the September 11, 2001, terrorist attacks in an effort to justify holding a rally on the same day that a mass shooting occurred at a synagogue in Pittsburgh.

Speaking at a planned campaign rally in Illinois, Trump said he had weighed whether to cancel his rally as well as a speech at an agricultural convention earlier in the day in Indianapolis, Indiana, but ultimately decided against it, saying such a move would amount to giving the killer an edge. He compared his decision to continue with the rally to reopening the NYSE after the September 11 attacks, something that did not happen.

"And with what happened early today -- that horrible, horrible attack in Pittsburgh -- I was saying maybe I should cancel both this and that," Trump said, referring to the rally and his earlier appearance at the agricultural convention. "And then I said to myself, I remember Dick Grasso, a friend of mine, great guy. He headed up the New York Stock Exchange on September 11. And the New York Stock Exchange was open the following day. He said -- and what they had to do to open it you wouldn't believe. We won't even talk to you about it. But he got that exchange open."

In fact, as CNN reported at the time, the NYSE closed after the attacks and did not reopen until September 17 because many of the workers were lost or injured in the attack on the World Trade Center, which was just blocks from the NYSE in Manhattan's financial district, and much of the communications and utilities needed to trade stocks were damaged or destroyed.

It was the longest shutdown for the NYSE since the Great Depression.

Trump also used his rally to condemn the shooting that took place earlier Saturday at the Tree of Life synagogue, leaving 11 dead.

"The scourge of anti-Semitism cannot be ignored, cannot be tolerated and cannot be allowed to continue."