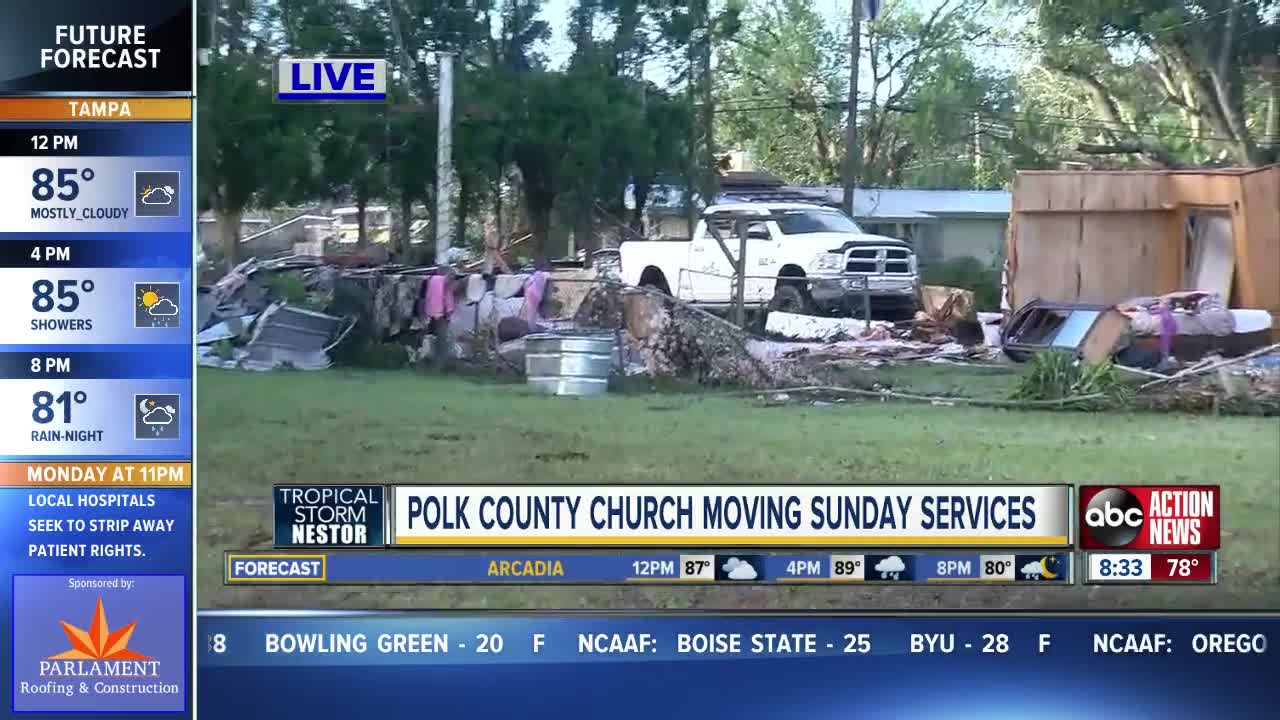 The Tampa Bay Area was battered with rain and strong winds late Friday night and into Saturday from Tropical Storm Nestor. Story: http://bit.ly/32uVZJ9 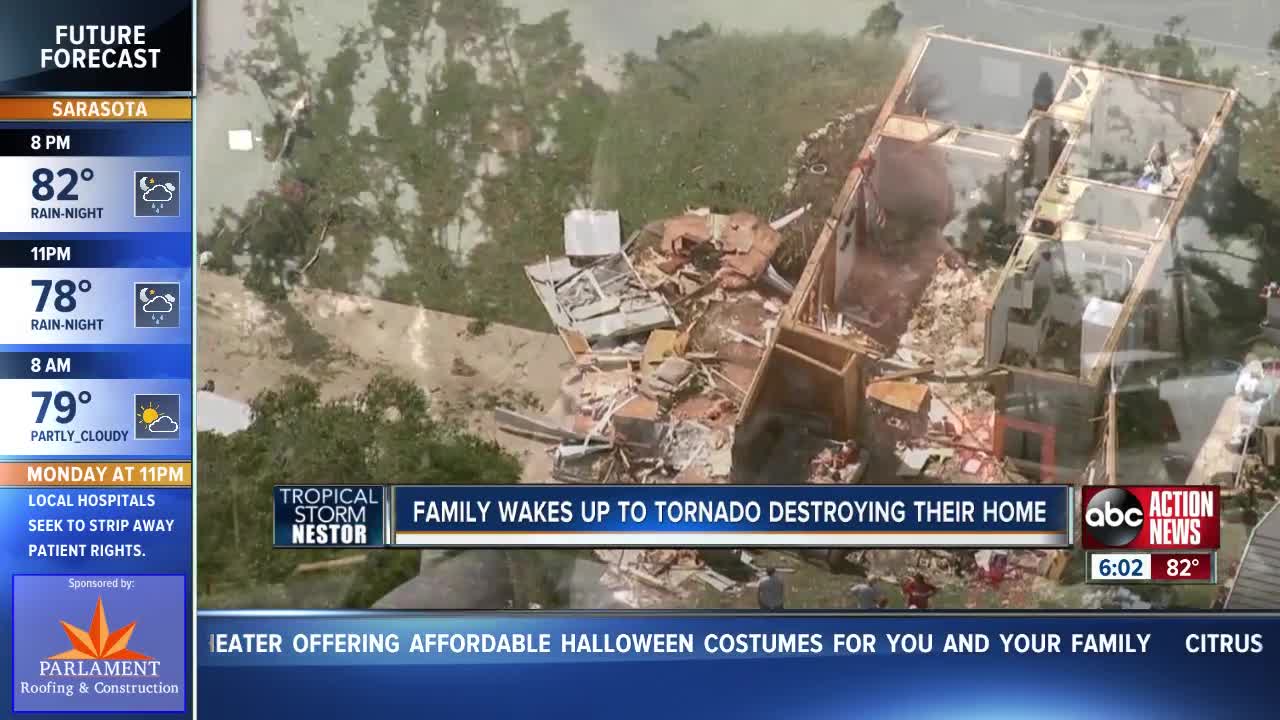 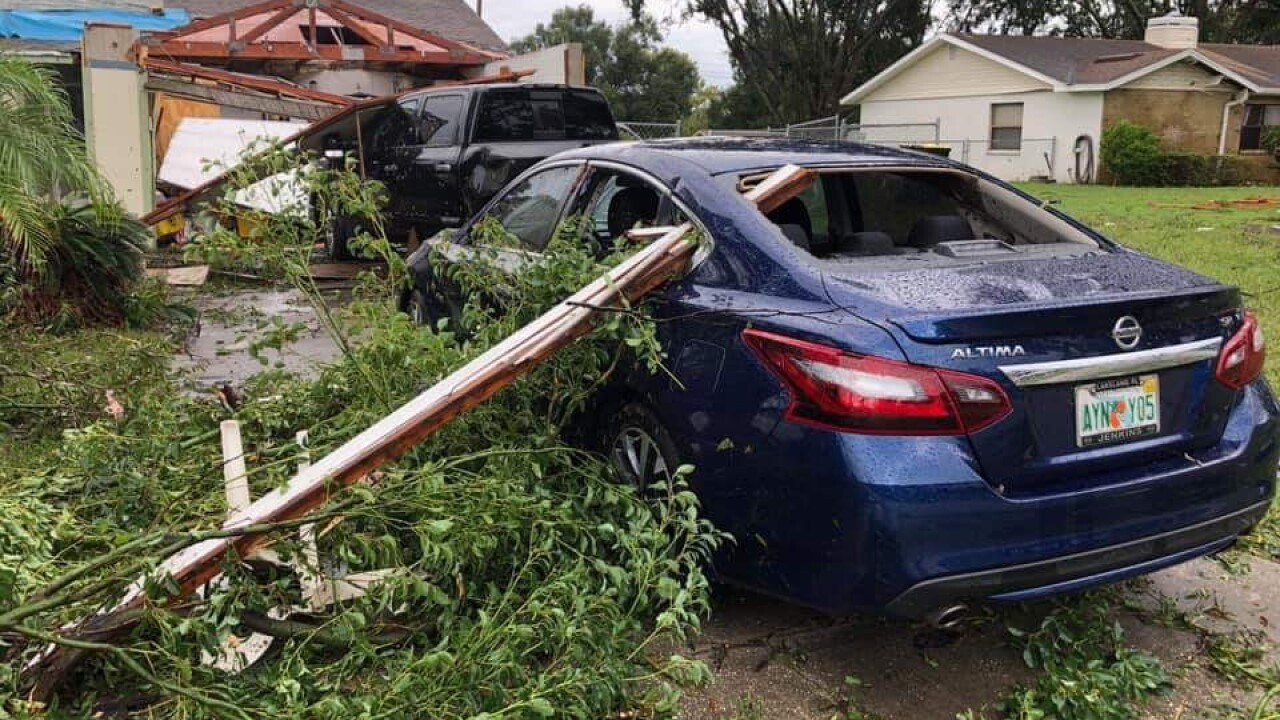 At least three tornadoes were produced from the storm, which is now a post-tropical cyclone.

The National Weather Service says an EF-2 tornado touched down in Polk County after 11 p.m. It caused severe damage throughout the Kathleen area, with wind speeds up to 120 miles per hour. Luckily, authorities say no injuries have been reported.

According to Florida Highway Patrol, the tornado passed over I-4 just after 11 p.m. and caused a semi truck to overturn onto another vehicle. The accident closed down the interstate for several hours, but no one was injured.

No injuries have been reported from those tornadoes.

The Polk County Sheriff's Office says the EF-2 tornado initially touched down near Lakeland Linder Airport before it continued north/northeast. They say it stretched as far as Tom Bryant Lane.

Authorities say they received dozens of reports of damage in several areas, including the New and Old Tampa Highway corridors and Timber Ridge north, south, east and west areas. Powers lines and trees are reported down near Mt. Tabor Road and the surrounding area, according to the sheriff's office.

Kathleen Middle School is among the buildings that suffered damage. Polk County Schools Superintendent Jacqueline Byrd said classes at the school are canceled Monday and Tuesday due to the damage.

At this time, there's no word on if school will be in session on Wednesday.

"Thankfully, we have not had any reported serious injuries related to the 'long track' tornado that touched down in our unincorporated areas in northwest Polk County last night," Polk County Sheriff Grady Judd said. "However, there are many people dealing with damage to their homes and property this morning, some of it severe. Keep them in your thoughts and prayers, and if there is anything you can do to help your friends and neighbors, do it. We still have lots of rain, and the possibility of more severe weather today, so be careful! Please drive safely!"

This story was originally published on WFTS.