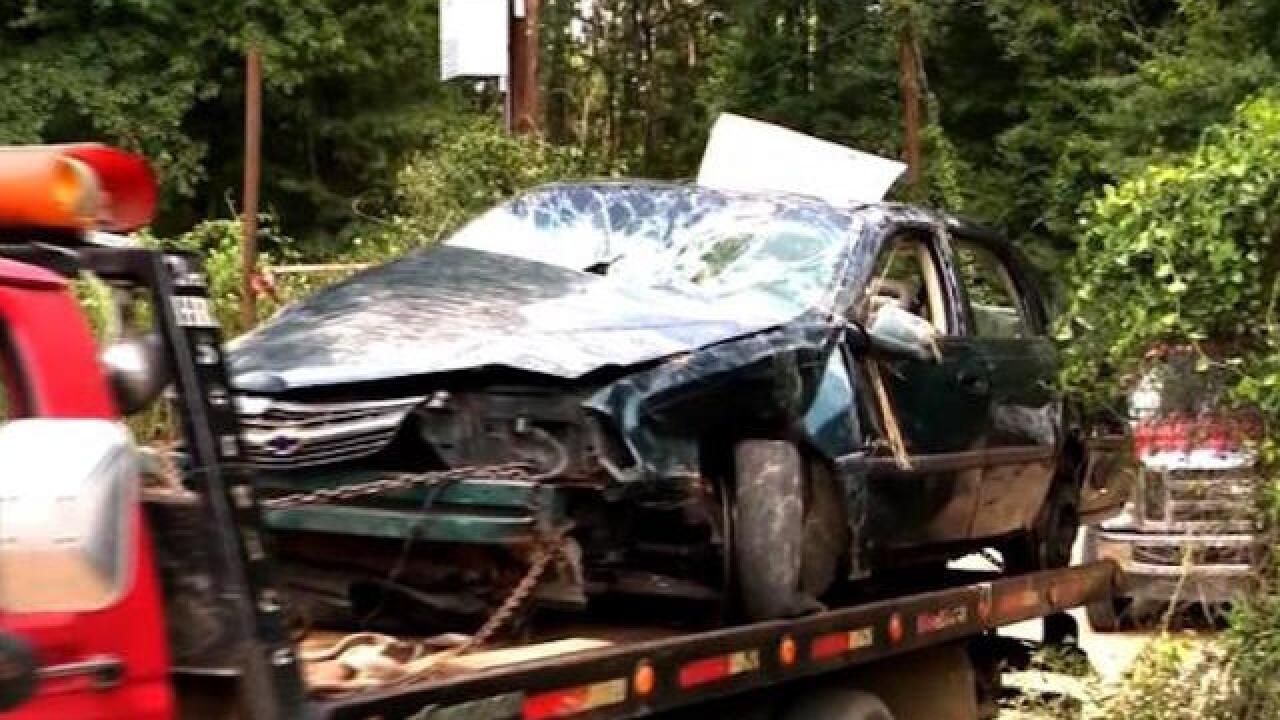 A 3-year-old boy and his 1-year-old brother were on their own -- possibly for days -- after surviving a single-vehicle crash that killed their mother in south Arkansas.

The older of the two boys was found Monday morning after authorities received a 911 call about a boy who was seen walking by himself in a rural area on a state highway near Camden, Arkansas, Ouachita County Detective Nathan Greeley told CNN.

The boy was covered in cuts and scrapes and appeared to have been outside for an extended period, Greeley said.

"You could tell he was extremely traumatized," Greeley said.

Officials gave the boy a bath, food and a change of clothes and distributed a description of him. A family member contacted the sheriff's office and told authorities that the boy's 1-year-old brother was likely nearby, Greeley said. The relative also said the children's mother had not been seen since going grocery shopping on Thursday.

After going door-to-door in the area where the 3-year-old was found, sheriff's deputies located a vehicle overturned deep in a ravine.

The car was on its side and not visible from the road. The 1-year-old was found inside the car still fastened into his car seat. Greeley told CNN the boy was found alert and responsive. He was removed from the vehicle and transported to a local hospital, Greeley said.

Nearby, deputies discovered the body of a woman who had been ejected from the car. CNN affiliate KARK identified the woman as 25-year-old Lisa Holliman.

"We're still trying to determine the timeline, but the mother was last seen Thursday, so they could have been out there two or three days," Greeley said. "This is one of the most remarkable things I've ever experienced in my 11 years at this department."

Greeley said conditions in the area, about 80 miles southwest of Little Rock, had been hot and humid during the time the children were likely along the roadside. He said a series of thunderstorms also had moved through the area.

"This is not a story of neglect," Greeley told CNN. "It's nothing short of a miracle."

James Holliman, Lisa Holliman's father, told KARK the family found out at the hospital that she was four weeks pregnant.

Both boys suffered dehydration, according to KARK. The children have since been released to family members, Greeley told CNN.