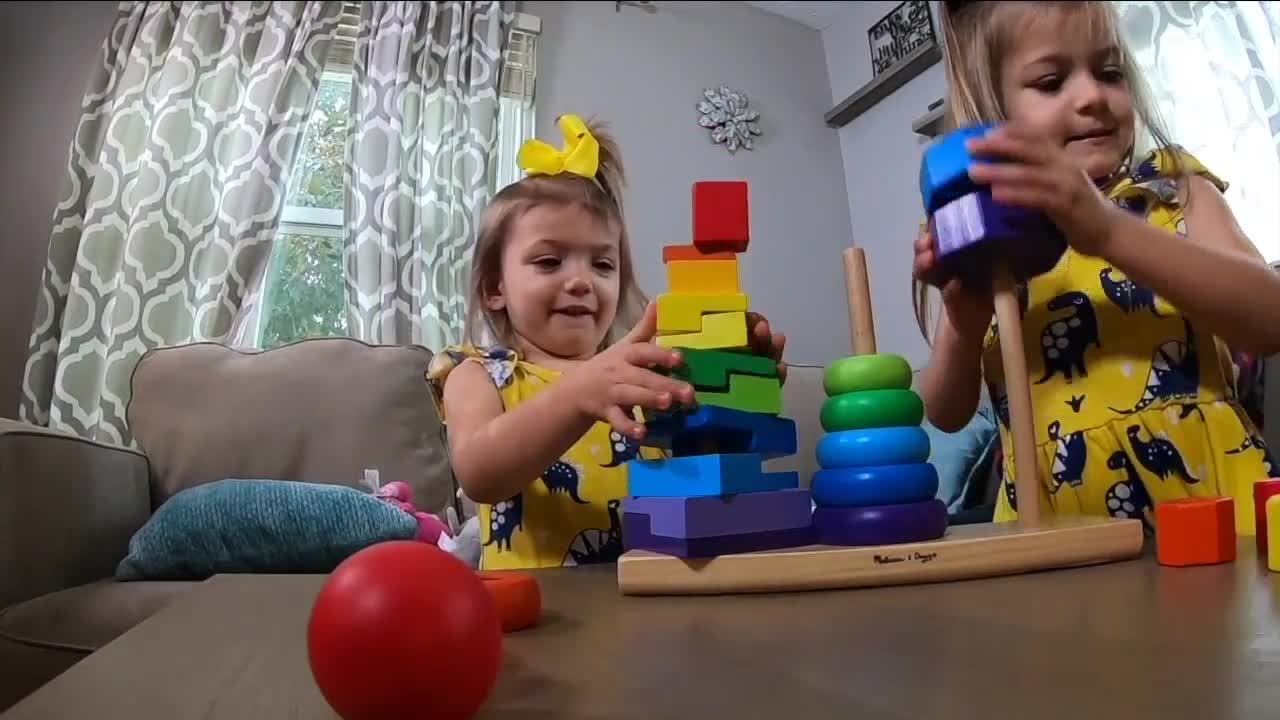 There are 14,000 people across the United States are in need of a bone marrow transplant. Three of them are young siblings who live in Canton. 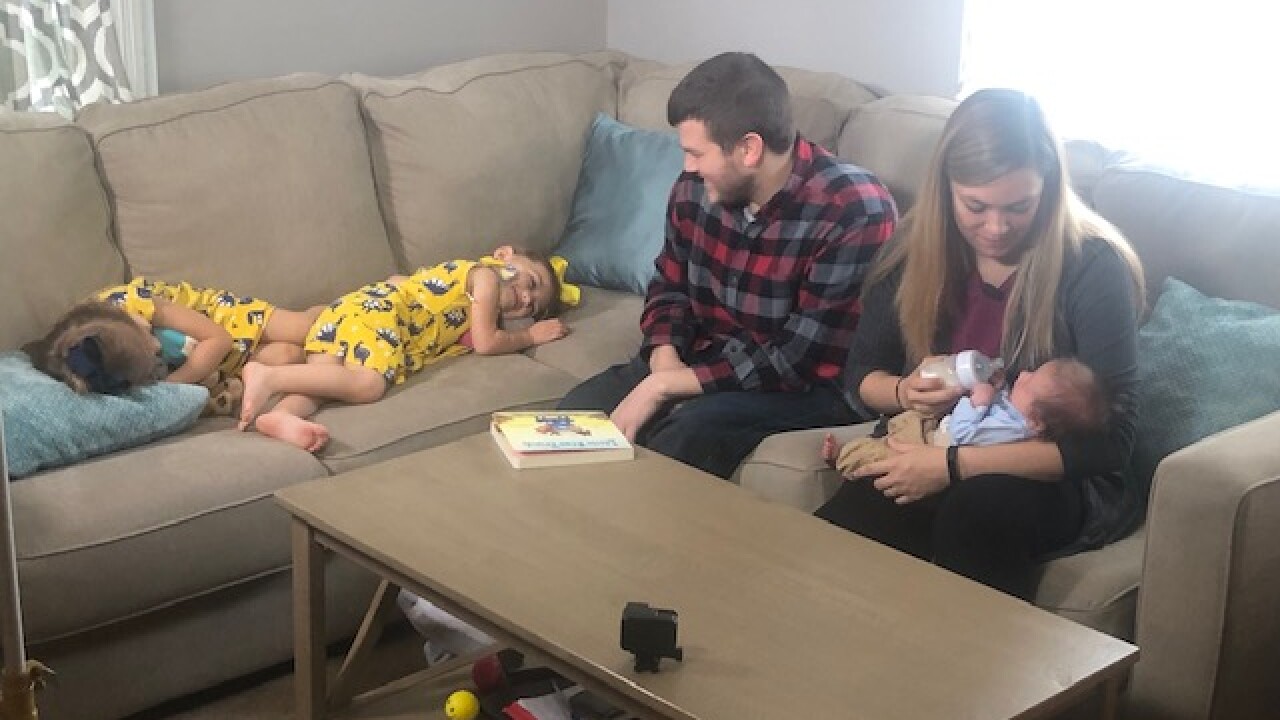 CANTON, Ohio — Thousands of people across the United States are in need of a bone marrow transplant. Three of them happen to be young siblings who live in Canton, Ohio.

Ava Langenhop, 3, her 2-year-old sister Olivia and their 2-week-old brother Landon have all been diagnosed with a life-threatening blood disorder called leukocyte adhesion deficiency type 1 (LAD1).

As a baby, Ava often had illnesses, including ear infections and colds, but this year her parents became more concerned.

"She started getting infections every time she would get a scrape," said her mom, Alicia Langenhop.

Doctors at Cincinnati Children's Hospital diagnosed her with the rare disease and the family was told a stem cell donor would be needed as part of her treatment.

Younger sister Olivia was tested as a possible donor, but it was determined she has the same disorder.

"We were kind of in shock, kind of feeling like we're living someone else's life, like there's one kid — now two of them," Alicia Langenhop said.

"They're such sweet girls, just perfect in every way except for this one unfortunate flaw with their bodies," said Jon Langenhop, the father of the siblings.

The Langenhops dealt with this devastating news while Alicia was pregnant with Landon. Since both parents were carriers, they were told there was a 25% chance Landon would also have LAD1, and two days after he was born, tests confirmed he did.

Erica Sevilla from nonprofit Be The Match stressed it's simple to be tested for the donor registry by going online to request a kit, swabbing your cheeks and sending it back in. In most cases, those found to be matches would not have to undergo surgery.

"Eighty percent of the time it resembles a blood donation or a plasma donation where blood is extracted through your arm in a non-surgical procedure," Sevilla said.

According to Be the Match, there are 14,000 people in the U.S. waiting for a bone marrow transplant. In a given year, 10,000 of them won't find one even though there are 30 million people on the registry around the world.

"What surprises many people is that only 30% of patients will find a match within their household or within their family," Sevilla said.

The Langenhop family estimates their medical bills since the diagnoses are at $25,000. A GoFundMe page has been set up to help them with bills and living expenses.

The family is hoping for "10 out of 10 matches" to give their children their best chances at a healthy life. Perfect matches for the girls have not been found. Possible perfect matches for Landon may have been located, but more testing is needed.

In the meantime, the Langenhops pray that each one of their kids will receive a transplant one-by-one. They also hope their personal story sheds light on the importance of the donor registry.

"Even if it's not helping our children, there are tons of people out there that need a bone marrow transplant," Jon said.

This story was originally published by Bob Jones on WEWS.