The debate over taking gray wolves off the endangered species list 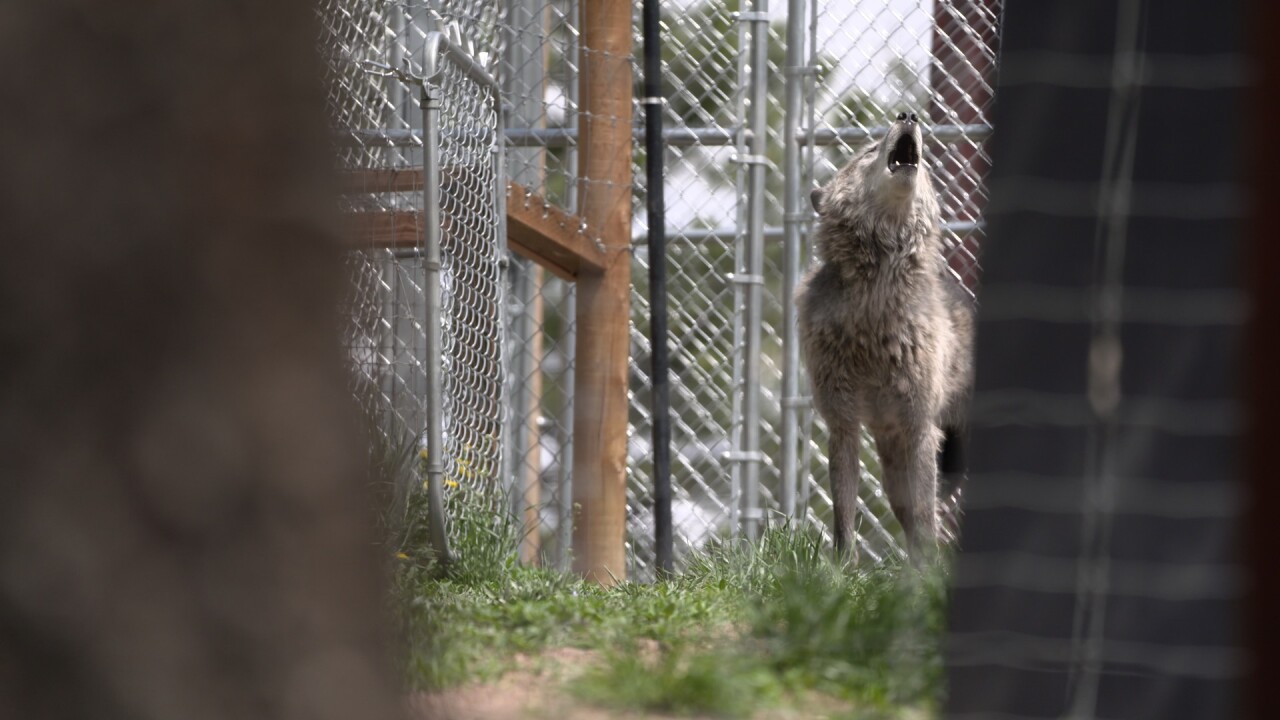 There are creatures that have been in this country longer than man, and there are those that are fighting to make sure they stay as long as man plans to.

“We focus on education, conservation and preservation of wolves,” says Darlene Koboble, the CEO and director of Colorado Wolf and Wildlife Center. “I never thought in my wildest dreams I would be working with wolves. It basically started with one wolf-dog that I rescued from a shelter from being euthanized, because she had part wolf in her. When I rescued her, she was my inspiration to be a voice for wolves, because they’ve been one of the most persecuted animals in history.”

The gray wolf has been classified by the U.S. Fish and Wildlife Service as an endangered species throughout the country since 1978. According to Fish and Wildlife Service, there were only around 1,000 gray wolves at the time, mostly in Minnesota. Today, there are more than 5,000 across the country, but there are disagreements on whether this number defines the population as recovered.

“There is a big gap of wolves right now, and that gap is Colorado,” says Rob Edward of the Rocky Mountain Wolf Project (RMWP). “Colorado has one of the biggest deer populations, but it’s missing it’s primary top-level carnivore.”

Edward said the RMWP’s primary goal is to introduce the gray wolf back into Colorado, which is on the state’s 2020 ballot.

“They are as important to the forest of the west as a wildfire,” Edward says. “Without them, our wild places are impoverish.”

In 2011, the gray wolf was dropped from the endangered list in Idaho and Montana. Wyoming also lost federal protections of gray wolves. Now, the Trump administration will seek to end those federal protections nationwide across the whole country. The proposal would give states the authority to hold wolf hunting and trapping seasons.

The Associated Press reported Jamie Rappaport Clark, a former director of the U.S. Fish and Wildlife Service now with the group Defenders of Wildlife, warned of an “all-out war on wolves” if the plan advances.

“We don’t have any confidence that wolves will be managed like other wildlife,” she says.

But government officials countered that the recovery of wolves from widespread extermination last century has worked and they no longer need the Endangered Species Act to shield them.

Agriculture groups and lawmakers from western states are likely to support the administration’s proposal.

“Ranching is a tough life,” says Martin Davis, a ranch owner in Montana. “It’s hard to make a living when you’re against mother nature. I’m a fourth-generation rancher in Paradise Valley, Montana. We’ve been here on the ranch for 45 years. One of the big problems we had was they re-introduced wolves back to Yellowstone. Early on, they were on the endangered species list and we couldn’t do anything but scare them away from our property. We lost live stock to wolves, and we’ve had some neighbors lose horses.”

Wolves are now allowed to be hunted in Montana in three different seasons throughout the year.

“My life savings is tied up in my cattle,” Davis says. “And when you have something out there stealing your life savings, it’s a hard pill to swallow. I think taking them off the endangered list nationwide has to be done. When that happens, I’m not saying we are going to kill every wolf in the country – that’s not the point. Taking them off the endangered species list is good so the numbers can be managed. I don’t hate wolves, but I can see the argument that they don’t want the wolf to go away again. But I don’t think that’s a worry if they’re managed correctly.”

U.S. Fish and Wildlife have until March 2020 to decide if the gray wolf comes off the endangered species list. Officials will take public comments on hearings until July 15.