Tennessee says solitary confinement is prohibited in their juvenile detention centers. But the practice persists 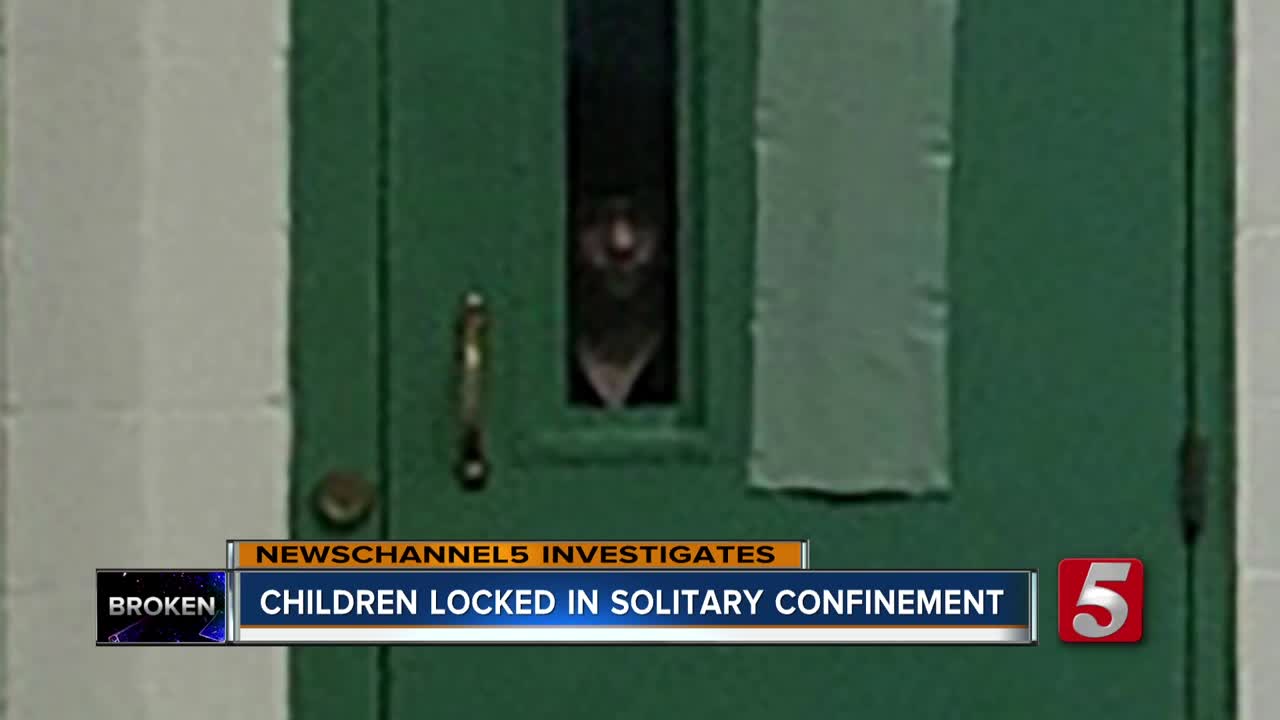 Children are being locked in solitary confinement at a Middle Tennessee juvenile detention center, but the state defends the practice calling it "room restriction." 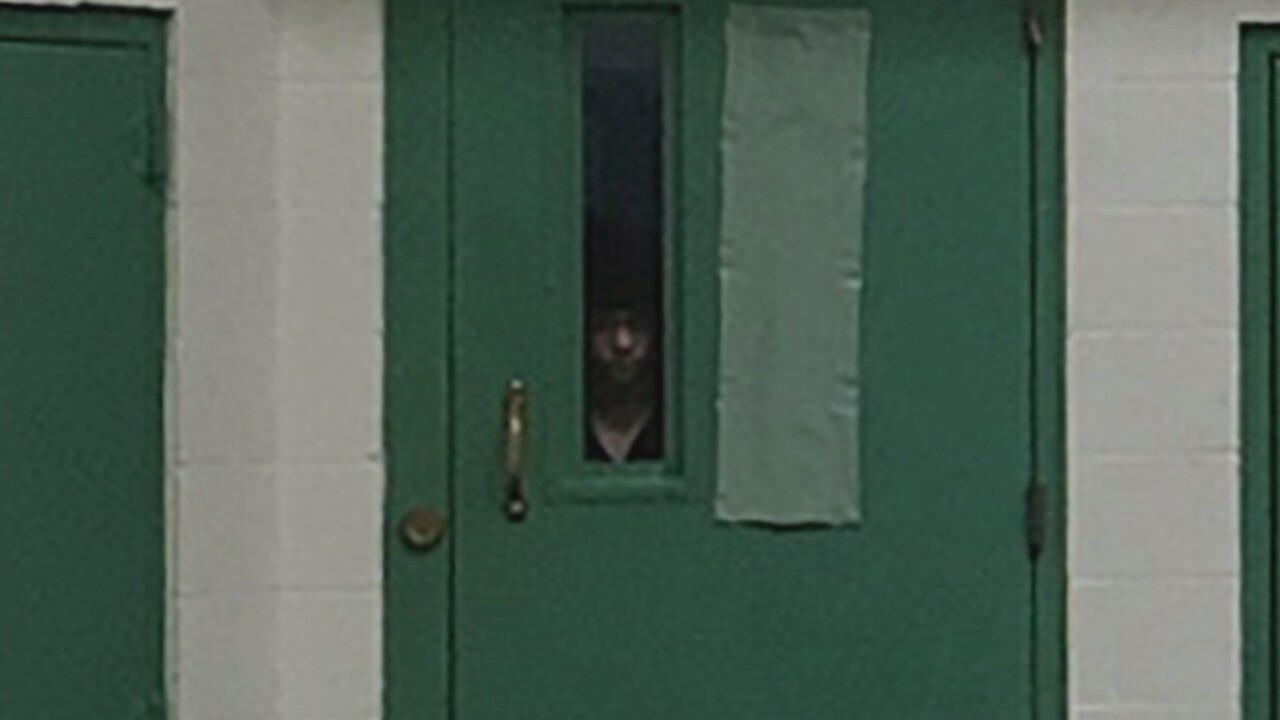 NASHVILLE, Tenn. — Children are being locked in solitary confinement at a Tennessee juvenile detention center under conditions that experts say could amount to torture.

The Tennessee Department of Children’s Services defended the practice, calling it "room restriction" and insisting it has strict policies prohibiting solitary confinement or seclusion at juvenile detention centers.

But an investigation by WTVF discovered children at the Middle Tennessee Juvenile Detention Center in Columbia can spend 24 hours a day alone in their cell for days at a time without violating DCS policy.

Currently, there is no state law banning solitary confinement for juveniles in Tennessee.

In fact, DCS said a new law or policy that narrowly defines solitary confinement would immediately make some juvenile detention facilities out of compliance.

"The sad thing is the majority of our kids who leave our jurisdiction — that go into DCS custody as juvenile justice youth — go directly to Middle Tennessee Detention Facility, and they stay there for weeks, sometimes months," said Davidson County Juvenile Court Administrator Kathy Sinback.

"It's not a secret that they have terrible facilities, terrible programs and policies for our youth," she added.

Sinback said what is happening inside the Middle Tennessee Juvenile Detention Center represents much of what's broken with Tennessee’s juvenile justice system.

Once a judge orders delinquent juveniles into state custody, DCS transfers them 50 miles south to the detention center in Maury County.

Emergency calls to 911 reveal the chaos inside.

"I need an ambulance ASAP. I have a juvenile cutting herself," one caller said.

The calls show suicide attempts, vandalism and fights with staff.

DCS sends juveniles ages 12 to 19 to the facility while they wait for a more permanent placement.

But while there, children spend most of their time locked inside their cells. And when they get out to visit with family, they are often shackled and handcuffed, as a Facebook post discovered by WTVF shows.

A haunting picture obtained by WTVF shows a child inside a single-occupancy cell at the facility.

We don't know the child's name, but it was taken last month.

"All they are doing is warehousing kids until they go to the next placement they can find, and DCS often seems like they don't know where that is going to be," Sinback said.

Juvenile Probation Officer Kelly Gray was so disturbed by what a 16 year old told her about his 20 days inside the facility earlier this year that she took detailed notes about what he said.

"During his time at Maury County, he went into a deep, dark depression," Gray noted.

Gray said the 16 year old went into DCS custody after protecting his mom from an abusive boyfriend by pulling a gun on him.

"When he was leaving juvenile court, he was hugging everybody — including myself — telling me, 'this what I need,' " Gray recalled.

"He is very meek and very mild," Gray continued.

But Gray said she was devastated to hear about his treatment at Middle Tennessee Juvenile Detention, and what other children are forced to endure.

"I walked out of the interview that day and I sat in my car and cried because I played a hand in that, and it shouldn't be happening to our youth," Gray said.

Her notes state the 16 year old "started out 24 hours in the cell and did that for 7 straight days. All he was allowed to do was take a shower every morning."

He said he didn't know why he could not leave his cell.

"During the first seven days of his stay at Maury County, he was on 24 hour a day lockdown," Gray said.

"Nobody would talk to him, nobody would tell him what was going on. He said you have to sweep your cell every morning, and if you don't then you are not allowed to leave.

"He said no one ever told him that, and there was never anything to sweep because nothing was allowed in your cell."

Pictures show 12 cells in the North Pod that are all single occupancy.

The 16 year old said that, after seven days alone in his cell, he was allowed out for just one hour.

He said if you kept your cell clean, you eventually get two hours out of your cell.

"This is the most you would get outside your cell."

WTVF showed the 16-year-old's interview to attorney Wesley Clark. The attorney, along with the American Civil Liberties Union, sued the Tennessee Department of Children's Services in 2016.

"When I read that this child started out in his cell 24 hours a day for seven straight days, I get chills down my spine," Clark said.

His lawsuit came after a different detention center held kids in isolation for 23 hours a day with one hour of recreation.

"And this child complains about depression, hopelessness and misery. That's what one would expect with no stimulation, being locked inside a room by yourself for a week," Clark said.

According to the United Nations, 22 or more hours a day in a cell, with little or no stimulation or meaningful contact with other people, is often defined as solitary confinement.

It is considered by many to be torture.

"Why we think this is OK for juveniles who are removed from their families and are in state custody is confusing," Brown said.

The clinical psychologist said isolating juveniles for 22 hours or more is especially dangerous because their brains are still developing.

"They're at increased risk of depression, anxiety and suicides," Brown said.

DCS issued new rules strictly prohibiting the use of solitary confinement or seclusion at its detention centers after settling the 2016 lawsuit with Clark and the ACLU.

"I would like to know how they define seclusion because 24 hours a day in your cell by yourself, with no interaction, is seclusion," Gray said.

The director of licensing for DCS, Mark Anderson, looked at the notes from the 16-year-old and said he did not know the specific case.

But even if the juvenile spent 24 hours a day in his cell, it would not violate DCS policy.

"It's not a situation I would want to be in," Anderson said. "But it's not a violation of our current rules."

Anderson said that during the first week, juveniles are often kept on what's called "room restriction" for 23 hours a day and get only one hour of recreation.

"If he chose not to clean his room, that's really the only repercussion they have to offer at that point because youth are already in their rooms 23 hours a day," Anderson said.

He said if kids are kept in those single cells in the North Pod, it is not isolation because they can communicate with other kids through the doors.

"The youth are yelling at each other back and forth between the cells. Youth from over here are yelling at youth from over there. There's kids out in the day room, they're talking through the doors to these folks, so it's not as if they are isolated down in a hole somewhere," Anderson said.

Clark was shocked when he heard that argument.

"That's not going to stand up to any kind of scrutiny with anyone except the Department of Children's Services," Clark said. "The ability of children to scream at each other through the cell walls provides this facility with the argument they are complying with regulations."

"I've got an argument that what they are doing is still unconstitutional," Clark added.

Brown said seeing other kids outside their cells in the day-room area could make the kids locked in their cells feel even more isolated.

"That sense of isolation, of being apart from everyone else, may even be heightened by having other people doing things that they are not permitted to be doing," Brown said.

WTVF obtained a 2018 email to Anderson with the subject "VISIT" after a DCS inspection of the Middle Tennessee Juvenile Detention facility.

Inspectors wrote, "They are still using window covers," which prevented juveniles from even seeing out of their cells and into the common area.

"We were not happy with the window covers," Anderson said. "For us, that felt like isolation because they no longer had access to communicating with youth when they were in the day room."

Anderson said the facility stopped using the window covers, but the photos obtained by WTVF show the covers still attached near the windows on the cell doors.

Clark believes a state law needs to define what solitary confinement is, and that it should not be left up to DCS.

But the department has worried a strict law could force them to stop using several older facilities.

"That was the elephant in the room when we were making these rules a couple of years ago," Anderson said. "If we were completely stringent on how we define seclusion, then there's quite a few of those facilities that would be out of compliance the minute those rules went into effect."

Middle Tennessee Juvenile Detention’s powerful owners include current state Rep. David Byrd. Other owners are a former state representative, Gene Davidson, who was once House majority leader, and the wife of a current circuit court judge.

"We have had several facilities in the past that have had a connection to very important people and we have made it very clear that does not matter to us," Anderson said.

But, so far, attempts to pass a state law defining solitary confinement have failed.

Anderson said he's surprised that Davidson County Juvenile Court is criticizing Middle Tennessee and said some of their expectations are unrealistic.

"Davidson County has areas where youth can go and be outside their cells for a long period of time. Middle Tennessee just doesn't have that," Anderson said.

Juvenile court officials argued that all that time locked inside their cells makes kids more stir crazy and more prone to vandalism — or worse.

"It's not a great feeling when you know that your hands were involved with a kid having to sit in seclusion in a cell in Maury County," Gray said. "How is that treatment and rehabilitation? It's not."

This story was originally published by Ben Hall on WTVF. You can read their full series on Tennessee's juvenile justice system here.