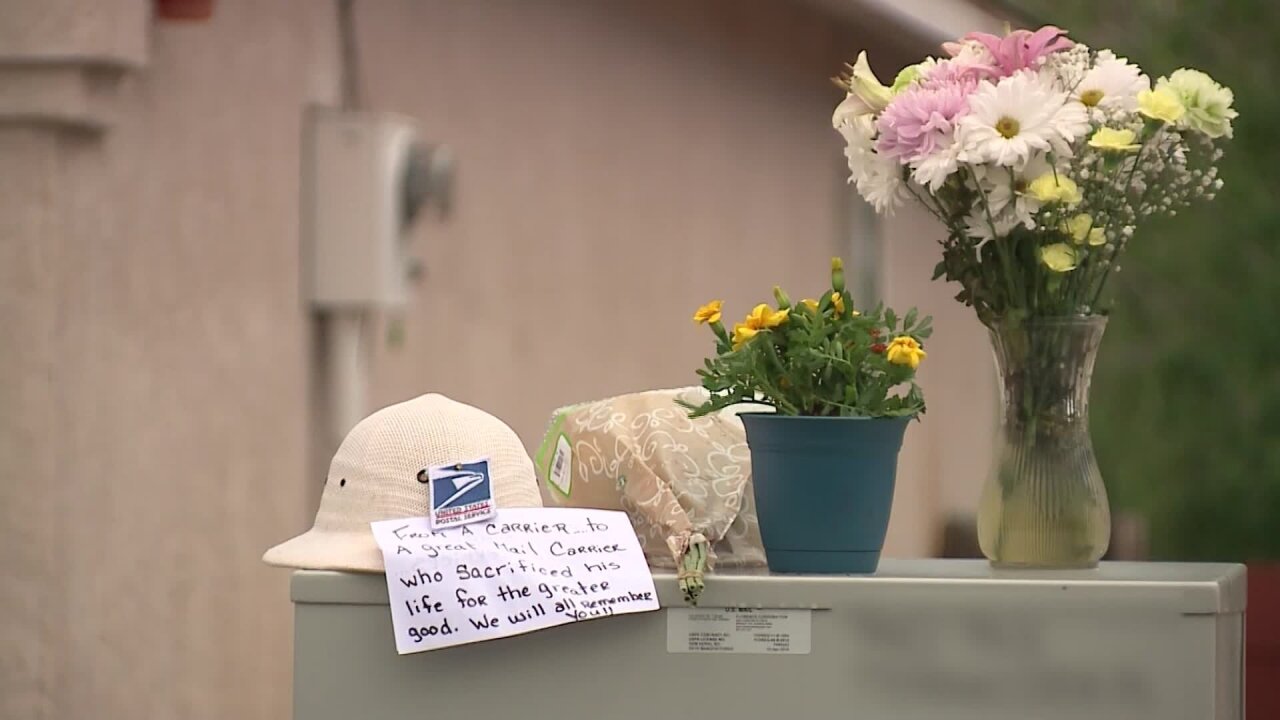 Police have arrested a New Mexico teenager accused of shooting and killing a postal worker who tried to break up an argument between the teen and his mother.

"Our detectives worked with the US Postal Inspection Service to locate and arrest the suspect accused of murdering a local letter carrier. Thank you to everyone who assisted," the Albuquerque Police said on Twitter.

Xavier Zamora, 17, of Albuquerque, was wanted on a murder charge, accused of killing mail carrier Jose Hernandez on Monday afternoon.

Hernandez was working his route in southwest Albuquerque when he saw Zamora in a dispute with Zamora's mother outside their house, and decided to help her de-escalate the fight, Albuquerque police say.

Hernandez sprayed Mace on Zamora when the teen became aggressive toward him, police say, citing an interview with the mother.

The teen then went into his house, came back outside with a gun and shot Hernandez in the abdomen before going back inside, according to police.

Someone tried to resuscitate Hernandez, but the 47-year-old mail carrier and Army veteran eventually died of his wound, police say.

Police were called, and SWAT officers surrounded the house. Although no one had seen Zamora leave before officers arrived, officers eventually learned Zamora had fled, police said.

Everyone in the neighborhood knew the mail carrier, a resident says

Virtually everyone in the neighborhood knew Hernandez as their mail carrier, a man who lives in the area told CNN affiliate KOAT .

"Jose was a very special guy -- he was not your ordinary mailman," Michael Shepherd told KOAT. "He'd go out of his way. He would talk to you."

By Tuesday, people had left flowers and notes outside the house in Hernandez's memory, KOAT reported.

"To a great mail carrier who sacrificed his life for the greater good," one note written by a colleague reads. "We will all remember you."

Hernandez, a carrier from the city's Five Points post office, worked for the US Postal Service for 12 years, the agency said.

"We are shocked and saddened to learn of such a tragic death of one of our own employees and coworkers," Postal Service spokesman Rod Spurgeon said. "He served his community with dedication and was a decorated Army veteran.

"Our thoughts and prayers are with his family at this time. The Postal Service is offering employee assistance services to his family and coworkers."

The shooting has shaken the city, Mayor Tim Keller said.

"We are grieving with the family of the victim, and with the entire postal service family," Keller said. "While we are working to get answers to the many remaining unanswered questions, we know we must, and will continue to, fight against the gun violence that has taken a terrible toll on our community. Fighting crime will remain our top priority.

"Albuquerque, please take some time in the next few days to personally make sure your local letter carrier knows how much you appreciate them, and give them your love and support."