Suspected shooter in California synagogue attack to be held without bail 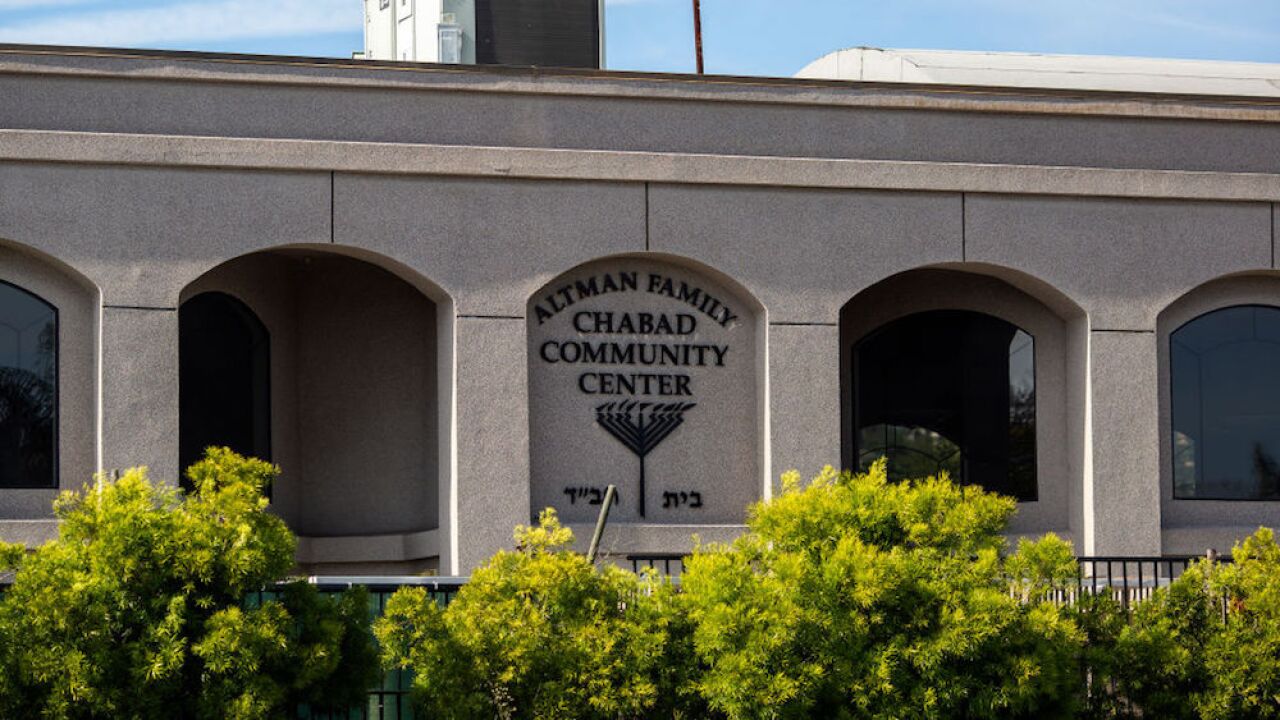 The man accused in the deadly Chabad of Poway synagogue shooting in California was ordered held without bail on Tuesday.

John T. Earnest, 19, could face the death penalty because he is accused of killing a woman because of her religious beliefs.

Earnest was arraigned in San Diego County Superior Court on charges that include one count of murder and three counts of attempted murder in connection with the shooting that left one woman dead and three other people injured.

His court-appointed public defender entered a not guilty plea on his behalf.

Authorities are scrutinizing what led to Saturday's shooting and probing a threatening manifesto posted online under the defendant's name shortly before the attack.

Earnest, a student at California State University San Marcos, allegedly opened fire with a rifle at the synagogue in Poway, north of San Diego, police said, during a gathering on the last day of Passover.

The murder and attempted murder charges come with hate-crime and gun allegations that can bring harsher penalties if he is convicted.

As part of the murder charge, Earnest is accused of intentionally killing Kaye because of her religion -- a special circumstance that in California law could lead to capital punishment.

California Gov. Gavin Newsom, a Democrat, issued a moratorium on executions in March. Although the order prevents them from happening for now, it does not prevent death penalty sentences from being handed out.

Earnest also is charged with arson of a house of worship, according to a criminal complaint.

Charging documents say the arson charge relates to a fire at a place of worship on or about March 23. The document doesn't elaborate, but authorities have said they were trying to determine whether Earnest is connected to a fire in late March at a mosque in nearby Escondido .

Police haven't commented on a motive. But 73 minutes before the Poway attack, someone identifying themselves as John Earnest posted a link to a hate-speech-filled open letter hyperlinked on 8chan, an anonymous message board that often features hate speech and extremist posts.

The letter is filled with anti-Semitic and white nationalist sentiment. The author talks about planning the attack and in several instances cites last month's deadly mosque shootings in Christchurch, New Zealand , saying it "was a catalyst" and had "inspired" him.

The letter also mentions Robert Bowers, the defendant in last year's deadly Tree of Life Synagogue shooting in Pittsburgh , as a direct inspiration.

Tipsters alerted the FBI about the letter mere minutes before the attack, an official says

Minutes before the shooting, tipsters alerted the FBI to the letter , an FBI official said.

Minutes before the shooting, tipsters alerted the FBI to the letter , an FBI official said.

The FBI official said several tips came in to its tip website and phone line about five minutes before the shooting, which police said began at 11:23 a.m. PT.

The FBI did not determine the author of the 8chan post or the location of the intended attack before the shooting happened.

Though the letter talks about killing Jewish people, it does refer to Poway, San Diego or the Chabad of Poway synagogue.

Though the letter talks about killing Jewish people, it does refer to Poway, San Diego or the Chabad of Poway synagogue.

The open letter is structured in a question-and-answer format in which the person identifying themselves as Earnest answers general questions about their own character, political affiliation and motivation for carrying out an attack.

In the 8chan post, the person identifying themselves as Earnest says he's "only been lurking" on the site for a year and a half, before linking to a Facebook page saying, "a livestream will begin shortly." The New Zealand attack was livestreamed on Facebook.

This time, no live video was found on the Facebook page linked on the 8chan post, according to archived web pages.

Defendant's family: How he was 'attracted to such darkness is a terrifying mystery'

Earnest's family said in a statement released Monday they are "shocked and deeply saddened by the terrible attack."

Earnest's family said in a statement released Monday they are "shocked and deeply saddened by the terrible attack."

"But our sadness pales in comparison to the grief and anguish our son has caused for so many innocent people," the statement reads. "He has killed and injured the faithful who were gathered in a sacred place on a sacred day."

"To our great shame, he is now part of the history of evil that has been perpetrated on Jewish people for centuries," the statement reads.

The statement also said Earnest's actions "were informed by people we do not know, and ideas we do not hold."

"How our son was attracted to such darkness is a terrifying mystery to us," the statement reads.

CSUSM President Karen S. Haynes told CNN affiliate KGTV in a statement to the campus community that Earnest was a student at the north San Diego County campus and made the dean's list.

"We are heartbroken by this tragedy, which was motivated by hate and anti-Semitism," the statement reads. "This despicable act is entirely against our values as a University, particularly given that many in our community are preparing to observe Yom HaShoah (Holocaust Remembrance Day) on May 1. We stand in solidarity with the Jewish community and reject the rhetoric of divisiveness that feeds hatred."