Survivors of Columbine shooting speak out 20 years after tragedy 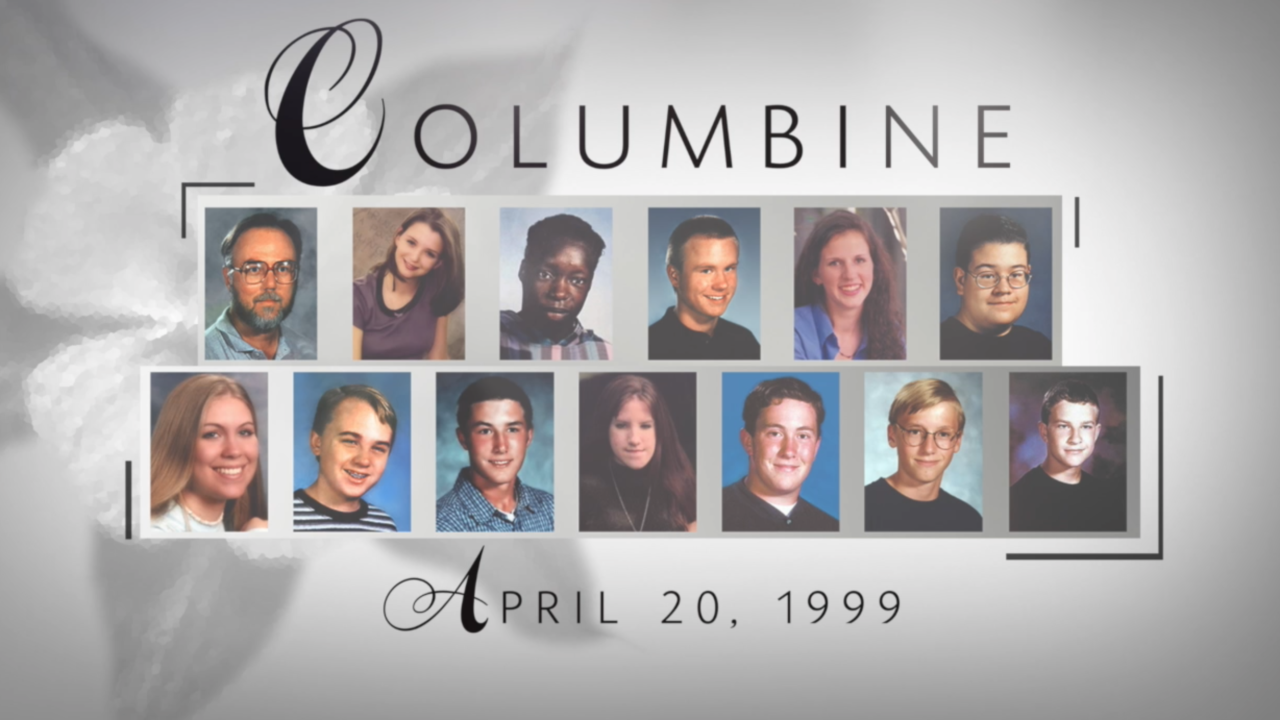 Twenty years later, the Columbine High School shooting still plays out in the minds of the people who survived it.

"In 1999, there was no frame of reference for what a tragedy like this even was," says Austin Eubanks.

"I remember when a teacher came into the library, yelling for everybody to get under the tables and somebody had a gun,” he recalls. “We stood up, because there was no way that could be possible.”

Eubanks didn't return to school for his senior year and hired a tutor, instead. Doctors prescribed him drugs to treat the pain of his injuries, but he says they didn't account for the mental injuries that came with surviving trauma.

"What started as prescriptions turned to alcohol, marijuana, elicit narcotics, you name it," he says. "I was going to do whatever I could to not have to feel present."

Amy Over was another survivor of the Columbine attack.

"Having been involved in this tragedy has caused basically 20 years of my mental health journey," she says.

Over, who was a senior at the time of the shooting, says the tragedy left her with PTSD and anxiety.

Craig Scott lost his sister, Rachel, that day. He was a sophomore at Columbine, and his sister was a year below him.

"My journey has been one of dealing, with anger, then coming to a place of forgiveness," he says.

Scott now travels the country sharing his sister's story as part of Value-Up .

He shares his sister's writings from her journal, hoping it will make an impact in the lives of students in school today.

Missy Mendo was a 14-year-old freshman and was sitting in math class during the attack. She is now the mom of an 11-week-old daughter and worries about the day she will go to school.

"Not being able to hold her hand and be there and protect her is something I have a lot of anxiety about," she says.

Amy Over's daughter is 13 and will soon be in high school.

"It causes a little bit of anxiety when I think about my daughter going to high school," she says.

"In the back of my mind, there’s always that feeling that ‘what if?’” she says. "But I can't live in the past. I have to live in the present."

Over and Mendo both work for the nonprofit group The Rebels Project .

The organization was started after the Aurora Theater shooting in 2012 as a support network for victims of trauma.

"We wanted to get together and wanted people to know they would have help in some ways," Mendo says.

The Rebels Project now travels to communities impacted by the trauma of mass shootings.

"It's a beautiful thing when you get to meet another survivor and just to connect,” Over says. “It's powerful. It's so powerful. It helps me after 20 years, heal.”

Eubanks also uses his story of survival to inspire others nationwide.

He didn't just survive the Columbine shooting, but also addiction from drugs doctors gave him after the attack.

"I think that it's really important that--not as survivors of trauma but survivors of addiction--speak out and they share their story,” Eubanks says. “Just because you never know when your story is going to change the life of somebody else.”

Eubanks now speaks and consults with state governments, mental health organizations, and hospital organizations about the correlation between trauma and addiction.

As Columbine now marks 20 years since the attack, Scott hopes people use the anniversary of something evil to find the good in others.