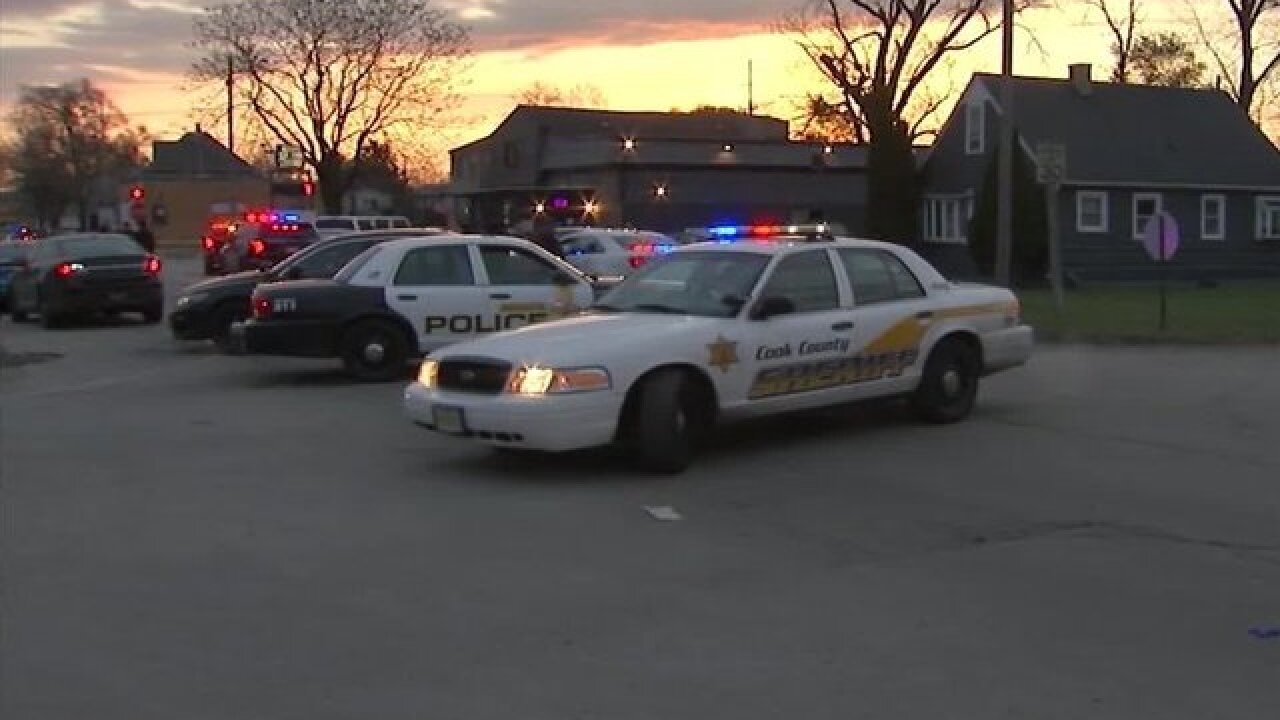 © 2018 Cable News Network, Inc.
WLS
<p>A suburban Chicago police officer responding to a shooting at a bar killed a security guard who was just "doing his job," according to an attorney for the victim's family.</p>

A suburban Chicago police officer responding Sunday to a shooting at a bar killed a security guard who was just "doing his job," an attorney for the victim's family said.

Several law enforcement agencies responded to the shooting around 4 a.m. at Manny's Blue Room Lounge in Robbins, about 20 miles south of Chicago, Ansari said. Three people and an alleged shooter were injured, she added.

Then, after Roberson had apprehended an alleged gunman, the Midlothian officer shot Roberson outside the bar, according to a federal lawsuit filed Monday that calls the fatal shooting "excessive and unreasonable" and claims it violated Roberson's civil rights.

Witnesses said security had asked several drunk men to leave the bar, and at least one person returned to the bar and opened fire, CNN affiliate WGN reported. A bartender was among the victims of that shooting, according to the lawsuit.

After the shooting, Roberson "had somebody on the ground ... with his knee in back, with his gun in his back like, 'Don't move,'" Adam Harris, a witness, told WGN.

'Jemel was trying to save people's lives'

The lawsuit filed by Roberson's mother lists the unnamed Midlothian officer and the village of Midlothian as defendants. It seeks damages of more than $1 million.

"Jemel was trying to save people's lives. He was working security because a shooting had just taken place in the establishment," the family's attorney, Gregory Kulis, told CNN affiliate WLS.

"So, he was doing his job and holding on to somebody until ... police arrived," Kulis said. "And a police officer, our feeling is, did not make the proper assessment and fired and killed Jemel."

Midlothian police confirmed that two of its officers responded to the bar shooting and one opened fire, WGN reported.

"A Midlothian officer encountered a subject with a gun and was involved in an officer-involved shooting. The subject the officer shot was later pronounced deceased at an area hospital," Midlothian Police Chief Daniel Delaney said in a statement.

The department did not name the officer or the victim.

The officer involved in the shooting is a four-year veteran of the police department, WLS reported, citing Delaney.

Midlothian police did not respond late Monday to CNN's request for comment.

The suspected gunman in the bar shooting is being treated at a local hospital and has not been charged, Ansari said.

A church musician who wanted to be a cop

Roberson served as a musician at several churches and was preparing to try to embark on a career as a police officer, according to WGN.

"The very people that he wanted to be family with took his life," said the Rev. Patricia Hill of Purposed Church.

"They are hurt, trying to find out answers, trying to figure out why did this have to happen," Turner told the station.