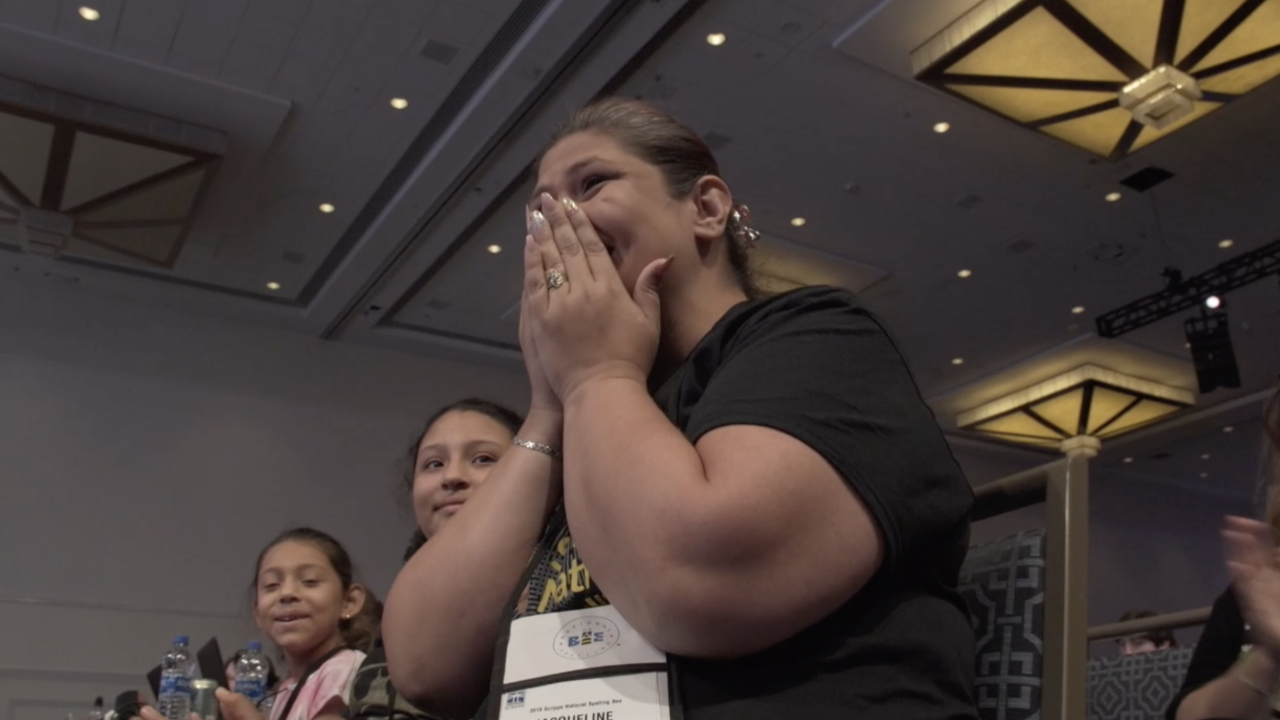 Lorena Andrade, 12, used her cell phone as a distraction, as she waited to take the stage at the Scripps National Spelling Bee.

As a shy sixth-grader from Mission, Texas, stepping in front of cameras and a national audience can be intimidating.

“It’s very nerve-racking,” Lorena says. “But you’re supposed to focus on the pronouncer and just spelling your word, but it’s kind of hard to do that with everybody watching you.”

But as nervous as Lorena gets, she has some competition in the audience.

Jacqueline admits she has a hard time controlling her emotions when she watches her daughter compete. Pride can do that.

“The pride that I have is overwhelming,” said Jacqueline. “I’m excited for her.”

When Lorena walked on the stage Tuesday and got her word (hibernaculum) during one of the preliminary rounds, the girl’s mother held her breath and clung on to each letter, hoping for the best.

After Lorena spelled the word, a judge’s voice yelled out, “Correct!”

Jacqueline let out a sigh of relief, and it was followed by a steady stream of tears.

For Lorena, making it to the next round meant another pep talk with her mother.

Regardless if Lorena takes home the trophy, she’s already the definition of a winner in her mother’s eye.