Smoke from the western wildfires has reached the East Coast 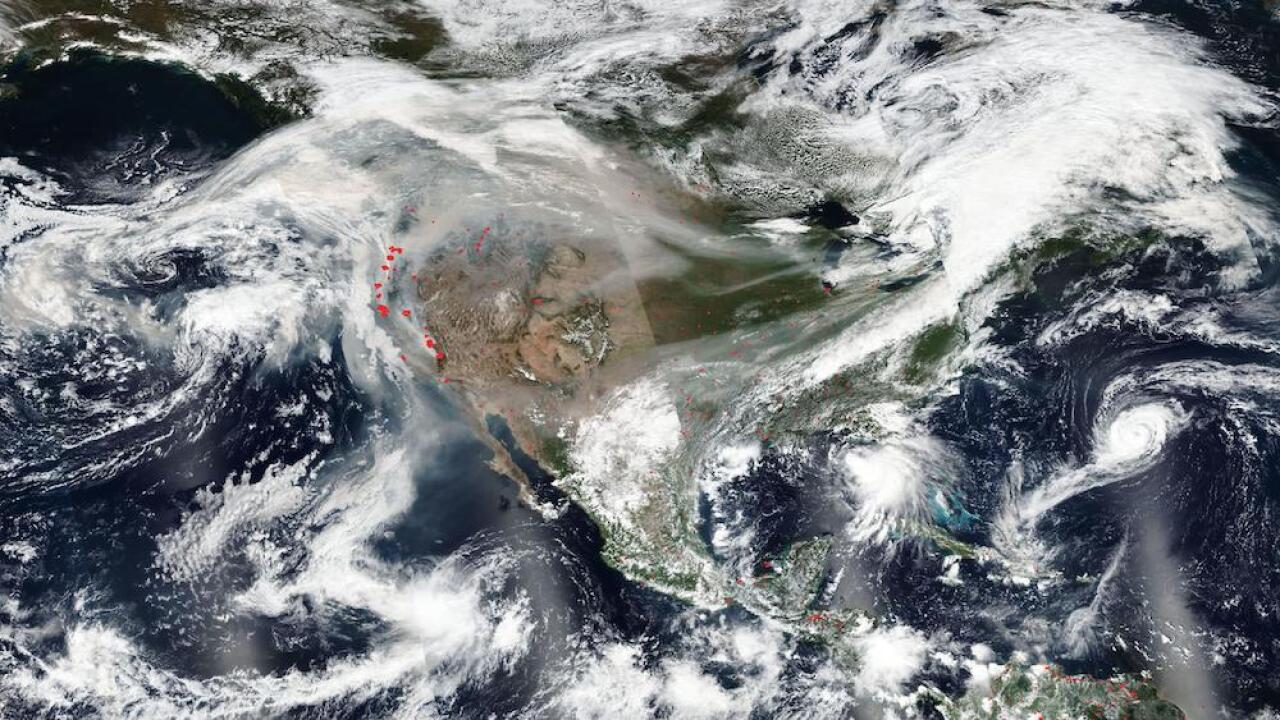 Smoke from the raging wildfires on the West Coast has reached the eastern seaboard.

Images from a NASA satellite show clouds of smoke stretching from coast to coast.

The National Oceanic and Atmospheric Administration (NOAA) says the smoke made its way east in two different directions. One trail of smoke crossed the Great Lakes region and reached upstate New York. Another path of smoke wound its way through Missouri, Illinois, Kentucky and into the Mid-Atlantic.

Some of the smoke even drifted up into Canada.

The wildfires have led to hazardous air quality along parts of the West Coast, but air quality in most of the eastern U.S. is not affected.