Gets chance to play with twin brother 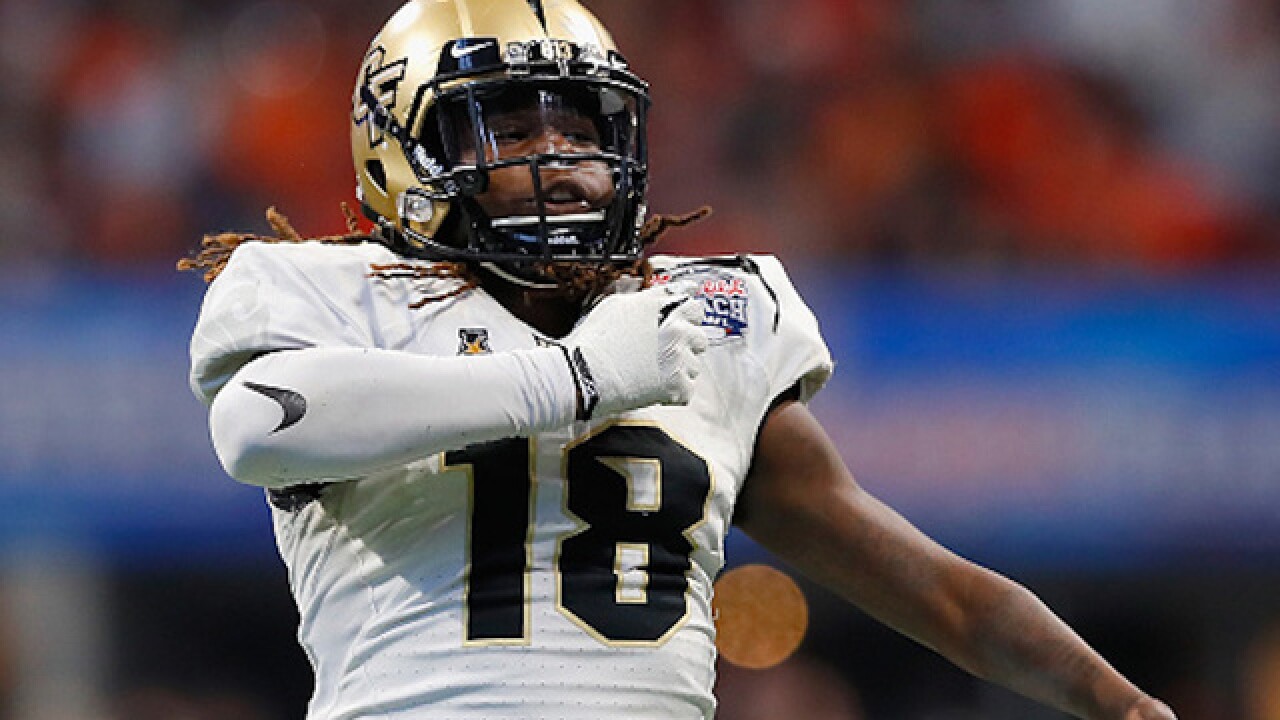 Image copyright 2018 Getty Images. All rights reserved. This material may not be published, broadcast, rewritten, or redistributed.
Kevin C. Cox
<p>ATLANTA, GA - JANUARY 01: Shaquem Griffin #18 of the UCF Knights celebrates after sacking Jarrett Stidham #8 of the Auburn Tigers (not pictured) in the second half during the Chick-fil-A Peach Bowl at Mercedes-Benz Stadium on January 1, 2018 in Atlanta, Georgia. (Photo by Kevin C. Cox/Getty Images)</p>

Despite a prenatal condition that left him without a hand, Shaquem Griffin has always dreamed of playing in the NFL. On Saturday the Seattle Seahawks made that dream a reality — and gave Griffin the unique opportunity to play alongside his twin brother.

Griffin was born a few minutes after his brother in 1995 with amniotic band syndrome. The condition left him with an underdeveloped hand that caused him severe pain, and Griffin later had his entire left hand amputated.

Despite the setback, Griffin took up football and still routinely dominated opponents at Lakewood High School in St. Petersburg. When he signed to play collegiately at Central Florida in 2013, recruiting service Rivals listed him as a 3-star prospect.

Griffin and his brother, Shaquill Griffin, continued stellar play together in college. Shaquill left UCF a year early and was drafted by the Seahawks in 2017. While Shaquill played in the NFL, Shaquem stayed behind and lead the Knights to an undefeated season at linebacker, recording 74 tackles, an interception and a fumble return for a touchdown.

At the NFL Combine earlier this year, Shaquem stunned scouts by bench pressing 225 pounds 20 times while wearing a prosthetic hand. Shaquem only wore the hand to steady the weight bar, and does not wear the prosthetic on the field.

On Saturday, the Shaquill was there with the rest of his family to congratulate his brother and new teammate when the Seahawks selected Shaquem with the 141st pick in the Draft.