Turpins: Parents of 13 children who had been shackled sentenced to 25 years in prison 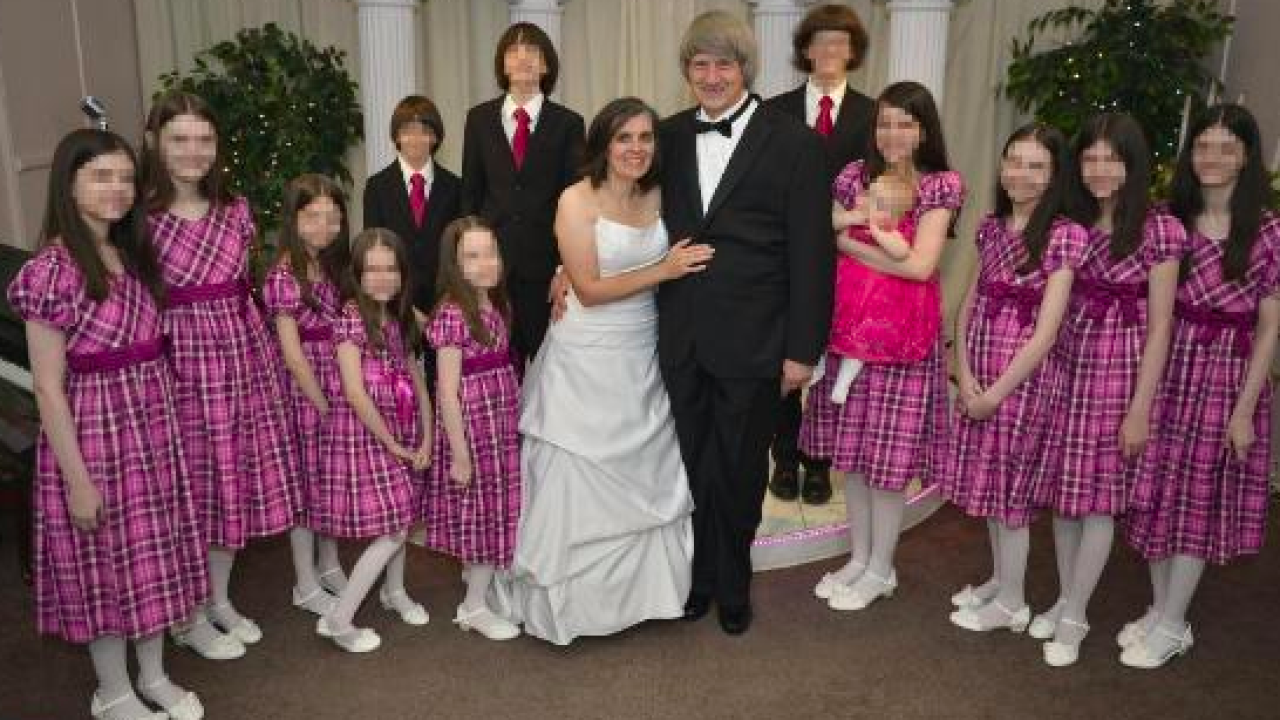 David and Louise Turpin have each been sentenced to 25 years to life in prison after they pleaded guilty to holding captive and torturing their children for years in their California home.

The couple was arrested early last year after one of their 13 children -- who ranged in age from 2 to 29 -- managed to escape their filthy home in Perris and called police.

Authorities said the siblings had been isolated from the outside world and were often denied showers, medical care and food. They were sometimes tied up for "weeks or even months at a time," the Riverside district attorney said last year.

Two of the children, who are now in college, appeared in court Friday, joined by a police dog named Raider for emotional support. They offered testimony about how they suffered at the hands of their parents -- and about their hope for the future, now that they've regained control of their lives.

"My parents took my whole life from me," said one of the Turpins' daughters, identified as Jane Doe Number 4. "But now, I'm taking my life back."

Today, she said, she's living independently and "life is great."

"I'm a fighter, I'm strong and I'm shooting through life like a rocket," she said, as her mother cried and wiped tears from her eyes.

One of their sons, identified as John Doe Number 2, told the court, "I cannot describe in words what we went through growing up. Sometimes I still have nightmares of things that happened, such as my siblings being chained up or getting beaten."

"But," he added, "that is the past and this is now." Today he's going to college and working toward a degree in software engineering, he said. He learned how to swim and ride a bike last year, and sometimes takes long rides. He has also learned, he said, to advocate for himself.

He added a kind word for his parents and extended forgiveness.

"I love my parents," he said, "and have forgiven them for a lot of the things they did to us."

'I'm sorry for everything,' mother says

David and Louise Turpin both took the opportunity to address the court, apologizing to their children and expressing their own hopes that their children succeed in all their endeavors.

"I'm sorry for everything I've done to hurt my children," Louise Turpin said, adding she believes God has a special plan for each of them. "I love them more than they could ever imagine."

David Turpin broke down in tears as he tried to address the court. His attorney read his statement, in which the father expressed hope for his children's success and said he hopes they remain close because their mother and father will not be with them.

"I thank God for all of my children," David Turpin's statement read, adding that he is sorry "if I've done anything to cause them harm."

Children will succeed 'in spite of you,' judge says

Before sentencing the couple, Judge Bernard Schwartz addressed the defendants, emphasizing, "Children are indeed a gift," not only to their parents and families, but also to society.

"Maybe they'll become a scientist and discover a cure for some disease, or go be a doctor or first responder, and save someone's life. Maybe they'll enter the military and protect our country," Schwartz said.

"The selfish, cruel and inhuman treatment of your own children has deprived them, your family, your friends and society -- and especially both of you -- of those gifts."

"Their lives have been permanently altered, and their ability to learn, grow and thrive."

"To the extent that they do thrive ... it will be not because of you both, but in spite of you both," Schwartz said.

Tied up and shackled to beds

When the Turpin children were found in their Perris home in January 2018, they ranged from ages 2 to 29. But some of the adults were so malnourished, they looked like young teenagers.

The children were often tied up for "weeks or even months at a time," Riverside County District Attorney Mike Hestrin said last year.

The victims told investigators that being tied with ropes was initially a form of punishment. But when one victim escaped, the parents started using chains and padlocks to shackle some of the children to beds.

And after years of isolation, Hestrin said, the children seemed to "lack a basic knowledge of life."

If not for the bravery of a 17-year-old girl, her imprisoned siblings might have never been found.

The teen had planned her escape for more than two years. She grabbed a deactivated cellphone found in the house and fled through a window before she called police.

The bold getaway led to the discovery of her siblings and uncovered one of the "worst, most aggravated child abuse cases I have ever seen," Hestrin said.