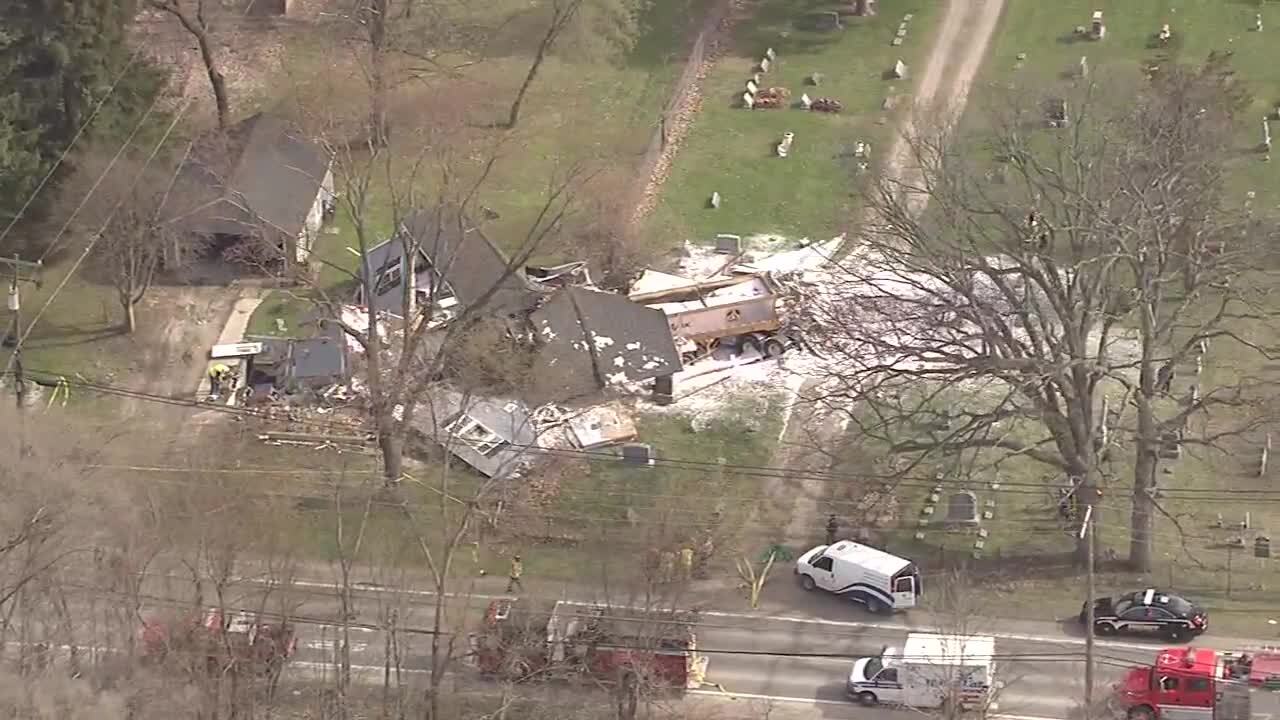 Rescue crews are on the scene of an accident where a semi has destroyed a house.

It happened around 4:00 p.m. in the area of Macomb, County Michigan. Police say the home's owner has told them the house was unoccupied.

The driver of the truck suffered only minor injuries.

Police say a westbound tractor trailer blew a tire, lost control and then crossed the center line, striking a silver F-250. The truck then continued through the house, before ending up next door at the Meade Cemetery. Several headstones have been damaged.

The driver of the F-250 also suffered minor injuries.

Police say drugs and alcohol do not appear to be a factor in the crash.