It was a historic week at the Scripps National Spelling Bee, where eight talented spellers were named co-champions. 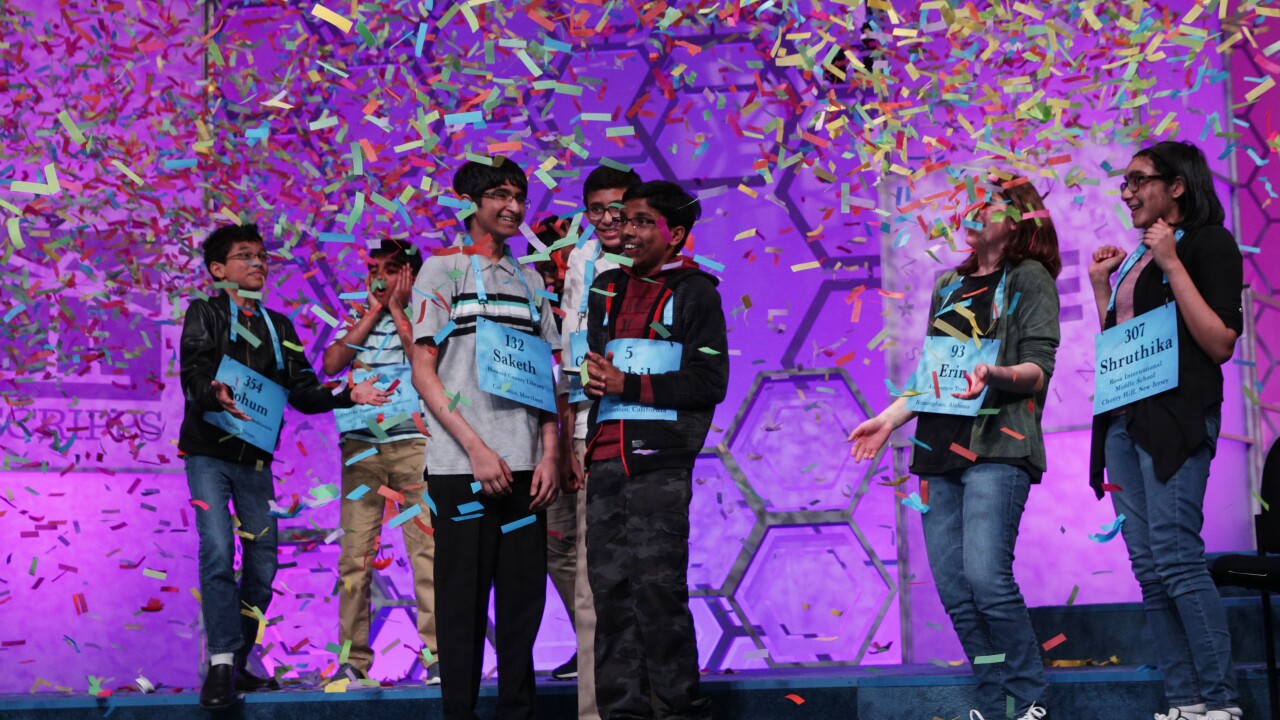 We'd challenge you to have even heard of some of the words, let alone spell them. But they're just some of the words that the eight winners of the Scripps National Spelling Bee conquered late Thursday to be crowned co-champions , in a night that made spelling history.

The winner was slated to receive $50,000. But with eight different winners, they'll each take home $50,000 apiece. The eight appeared Friday morning on CNN's "New Day."

"Honestly at this point it becomes less about the money and more about the lessons you've learned throughout the spelling bee, and the great experiences here and the memories you make," Shruthika Padhy said.

"How do you spell magnanimous?" CNN's John Berman joked.

They told the story of the night the dictionary lost

This year's competition, held in Washington, D.C., was unprecedented. The official pronouncer, Dr. Jacques Bailly, called the group the "most phenomenal assemblage of super-spellers" in the bee's history. After enduring 17 rounds, Bailly told the competitors there weren't enough challenging words left in the dictionary, and after three last rounds, all those left standing would be named co-champions.

From that point on, not a single one of them misspelled a word.

"When did you get a sense that the dictionary here was losing?" Berman asked.

"When Dr. Bailly announced three more rounds and all of us would be octo-champs, that was the moment that I thought all of us could do it," Abhijay Kodali said. "All of the rest of these seven amazing spellers could do it."

He knew they could do it because many of them follow the same strategies to prepare for the big event.

"As a speller, you know how hard everyone else has worked and you know how much they deserve to win because you know you're here with everyone else. You're all finalists in the national spelling bee," Sohum Sukhatankar said.

Christopher Serrao added, "Most of us study language patterns and roots, and study additional words to understand them."

The training regimen can be ruthless. "I study like four to five hours on weekdays. But when the competition became near, I ramped it up and I studied as much as I could, maybe like an extra one or two hours," Kodali said. "And 10 hours on the weekends."

Berman asked them if they could spell the first name of his co-host Alisyn Camerota, adding that, although it sounds like "Allison," it's spelled in a "highly unusual" way.

The octo-champions conferred. One said he thought he knew it.

"No, highly unusual," another said. They conferred a moment longer, and the greatest spellers in the world delivered their verdict.

Berman delivered the dreaded news that not a single one of them had to hear last night. "Unfortunately, that is incorrect."

Octo-champions turned to each other, stunned. "Wait... what?"

"They broke the dictionary. But we broke the spelling bee champions with the name Alisyn Camerota," Berman said.