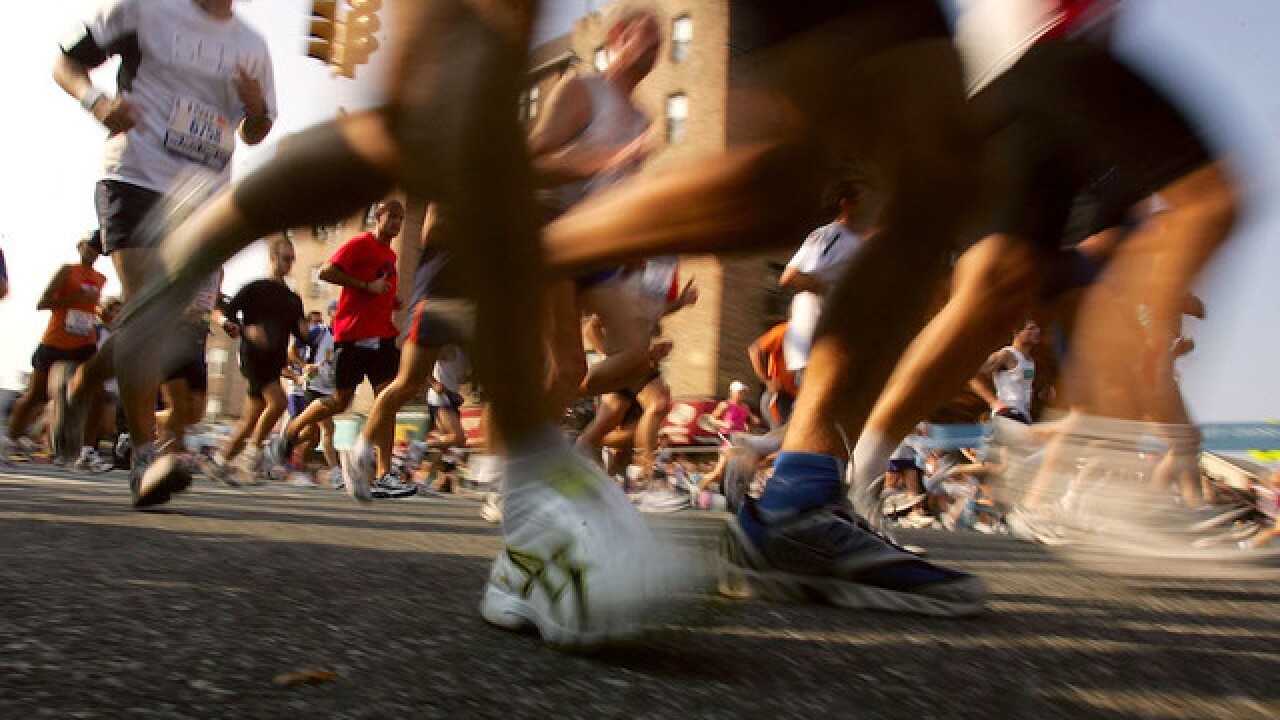 (CNN) -- Kenyan Eliud Kipchoge came tantalizingly close to breaking one of the most coveted frontiers left in athletics, running a full marathon in two hours and 24 seconds Saturday.

Kipchoge, 32, joined fellow world-class runners Lelisa Desisa of Ethiopia and Zersenay Tadese of Eritrea in Nike's Breaking2 project, an attempt to cover the 26.2 miles (42.2 kilometers) of a marathon in under two hours. Guided by a platoon of pacing runners, the three started together, but Kipchoge -- the 2016 Olympic champion and the 2016 London Marathon winner -- came closest in the end.

The marathon was held at the Monza Formula 1 racetrack near Milan, Italy, a site chosen because it was built for speed. The effort came 63 years to the day since Roger Bannister became the first person to run a mile in under four minutes.

Nike launched its Breaking2 project in 2014, with Saturday's result culminating hours and hours of research, design and planning -- all devoted to maximizing human potential over the marathon.

"We believe that once a sub-two-hour marathon is done, the records will fall at traditional marathons after that," Brad Wilkins, director of NXT Generation Research in the Nike Sport Research Lab, told CNN ahead of the race. "People will run faster and faster, similar to when Roger Bannister broke the four-minute mile."

It's difficult to understate the record pace recorded Saturday. A sub-two-hour marathon would involve running at a pace of 4:34 per mile -- seven seconds quicker than the current record of 2:02:57 set by Kenya's Dennis Kimetto at the 2014 Berlin Marathon.

But whether Saturday's result will count officially is up for debate. All marathon records need to be officially ratified by the International Association of Athletics Federations, the world governing body for athletics. The IAAF told CNN beforehand it would not be able to judge whether Nike's attempt would count as an official time until it had taken place.

David Bedford, a former British distance runner from the 1970s who held the 10,000-meter world record, has cast doubt over the Breaking2 project.

The race was run on Monza's fixed 2.4-kilometer (1.49-mile) looped track -- the location of the fastest lap in the history of Formula One. It doesn't compare with events such as the London and Boston marathons where runners compete against thousands of others, jockeying for position and having to endure tough hills.

"My own view is that it will be very interesting to see what happens," Bedford told CNN before the race. "But I think we may have to take the result with a pinch of salt.

"I think we need to accept it as it is. I believe it is a good marketing idea, and I think the results may give us some indication of the kind of help athletes might need. But the performance itself must adhere to the conditions around world records, or it's meaningless."

Besides the favorable track chosen by Nike, the Breaking2 organizers looked to perfect the athletes' own individual performances, tracking their hydration and nutrition down to the minute details of how much sweat each runner was expected to lose during the race.

Among other factors, Nike chose the three runners Saturday on three key measurements: running economy, velocity and VO2 -- the maximum amount of oxygen their body can utilize during intense exercise.

The three athletes also were equipped with a specially designed marathon shoe -- lightweight, cushioned, thick-soled and fitted with a carbon plate to reduce the amount the foot flexes. Bret Schoolmeester, the head of Nike footwear for the global division, said he believes the shoe could improve running economy by 4% -- crucial when every second counts over 26.2 miles.

The one thing Nike couldn't measure before the race was the runners' grit. Scientists had proven the runners were capable, and the athletes had demonstrated tenacity in their training to try to set a new bar in the world of human performance.