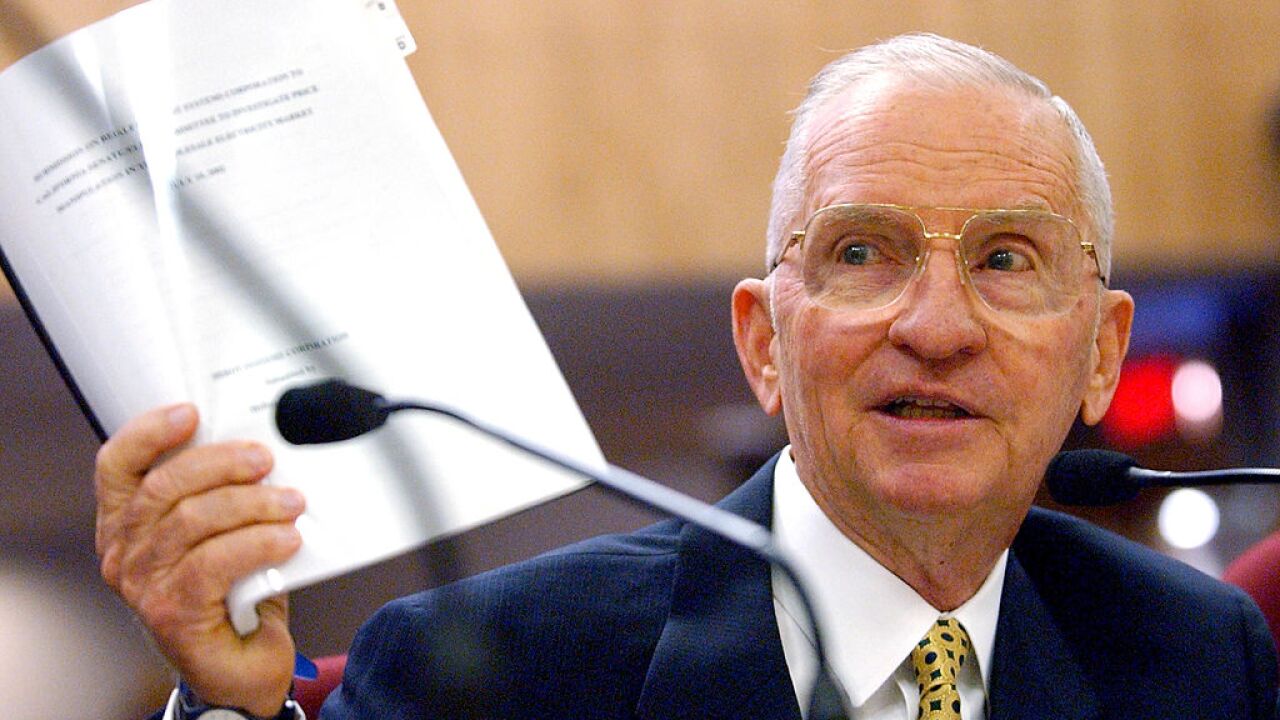 A billionaire by his mid-50s after he sold a controlling interest in the data processing business he founded, Electronic Data Systems Corporation, to General Motors for $2.5 billion, Perot mounted one of the most successful third-party presidential candidacies in US history in 1992. He garnered nearly 19% of the vote and finished third behind Bill Clinton and incumbent President George H.W. Bush.

Perot directly challenged Clinton and Bush's support of the North American Free Trade Agreement during the election cycle, and argued the treaty would cause the loss of American jobs.

In 1995, he created the Reform Party, and the following year received 8% of the vote in the presidential election as the party's candidate.

"In business and in life, Ross was a man of integrity and action. A true American patriot and a man of rare vision, principle and deep compassion, he touched the lives of countless people through his unwavering support of the military and veterans and through his charitable endeavors," Fuller said in a statement. "Ross Perot will be deeply missed by all who loved him. He lived a long and honorable life."