Redemption! After historic loss in 2018, Virginia responds with 2019 NCAA title 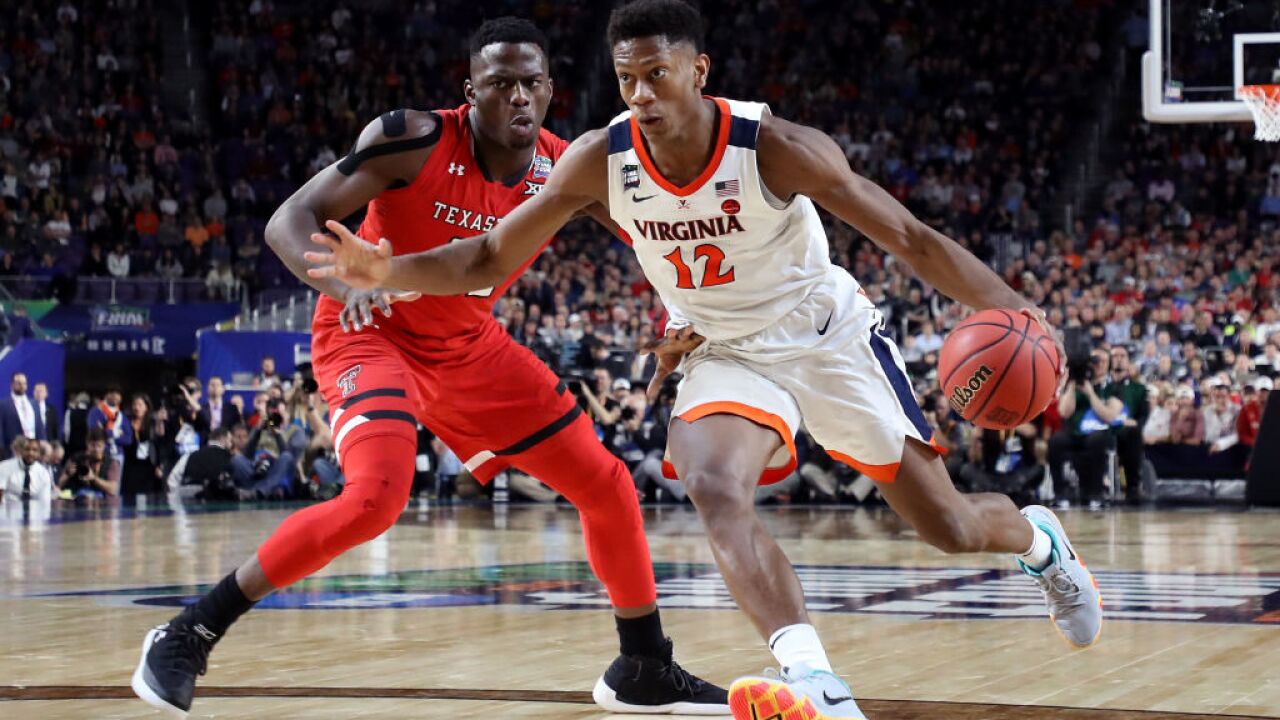 It was a long year for the Virginia Cavaliers after becoming the first No. 1 seed ever to lose in the first round of the NCAA Tournament. The 2018 loss proved to Virginia that you cannot take anything for granted.

Fast forward to 2019, Virginia was back in the NCAA Tournament again as a No. 1 seed. This time, Virginia took care of business.

Virginia won in its first ever National Championship appearance, defeating No. 3 seed Texas Tech of the Big 12 Conference, winning by a 85-77 margin in overtime.

Virginia was powered by an 11-0 run in overtime. Virginia hit all 12 of its free throws in overtime.

The loss to UMBC in 2018 was on everyone's mind throughout this March Madness.

"Heard about it a lot, and we knew that," Virginia coach Tony Bennett said. "I feel like I repeat myself too much. In a way, it's a painful gift. It did draw us nearer to each other as a team. I think it helped us as coaches. I think it helped the players on the court and helped us in the other areas that rely on things that were significant.

"I think that karmic payback, I don't know. I knew it was going to be a significant year in all of our lives. I knew that going into this year because of what was going to be coming at us because of that from a basketball standpoint. So I just knew we needed each other."

Virginia nearly repeated history, as it trailed by 14 in the first round of its tournament opener three weeks ago.

Then Virginia nearly got knocked out of the tournament in the Elite 8 against Purdue on March 30, but a late comeback gave Virginia an overtime win.

And on Saturday, Virginia converted on a controversial call to defeat Auburn by one to advance to Monday's title game.

This Virginia team continued to persevere.

On Monday, Virginia had a 32-29 lead at halftime, and would lead by as much as nine in the second half.

But with the game tied at 68, Texas Tech's Jarrett Culver had his shot blocked at the end of regulation, forcing overtime.