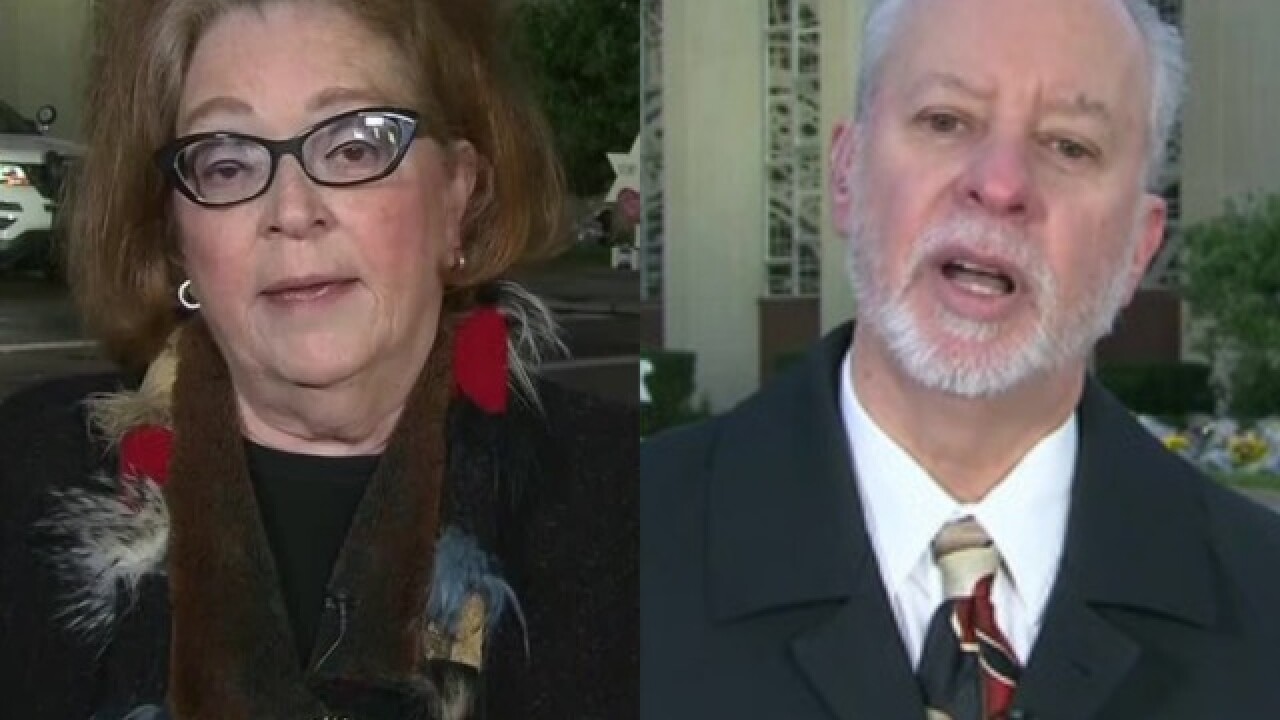 Leaders of Tree of Life Synagogue are split on welcoming President Donald Trump to Pittsburgh following Saturday's shooting at the house of worship.

A former president of the synagogue says Trump is not "welcome" in Pittsburgh.

"I do not welcome this President to my city," Lynnette Lederman told CNN's John Berman on "New Day" Monday morning when asked about a letter from other Jewish leaders asking the President not to visit Pittsburgh.

She continued, calling him "the purveyor of hate speech."

"The hypocritical words that come from him tell me nothing. We have very, very strong leadership in this city. We have a very strong mayor with very strong values, a very strong county executive in Rich Fitzgerald. We have people who stand by us, who believed in values — not just Jewish values, but believe in values — and those are not the values of this President and I do not welcome him to Pittsburgh," Lederman said.

However, Rabbi Jeffrey Myers, who was leading services at the Tree of Life Synagogue during Saturday's mass shooting, told CNN's "New Day" moments later that, "the President of the United States is always welcome."

"I'm a citizen. He's my president. He is certainly welcome," Myers said.

Trump suggested Saturday that the outcome of the deadly shooting at a Pittsburgh synagogue would have been different had an armed guard been in place and said the country should strengthen death penalty laws in the wake of the massacre, which is the deadliest anti-Semitic attack in US history. Federal prosecutors filed hate crime charges against the man accused of storming the synagogue and killing 11.

Later on "New Day," Berman showed a clip of Lederman's remarks to Kellyanne Conway, counselor to the President.

"I know that she's very grief-stricken, I can imagine, and my heartfelt condolences go to her and everybody in that congregation regardless of politics," Conway said.