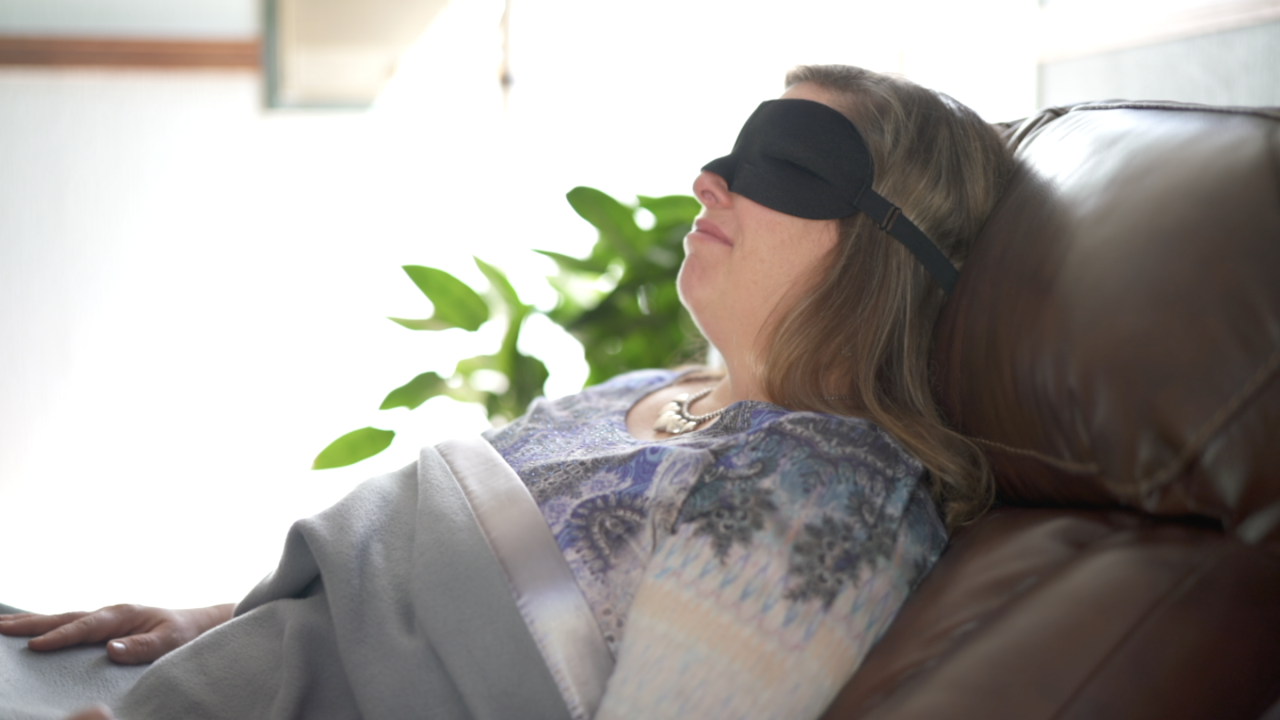 In a suburb nestled outside of Denver, Colorado, sits a mental health clinic practicing psychedelic psychotherapy.

"I wanted to live my life without the veil of fear in front of everything that I did, and up until coming here, that's how I was living," Aimeé Kahl said.

Kahl started attending psychotherapy sessions to relieve herself from living in a constant state of anxiety. She says she lived in fear that her husband might take his own life after his time in the military.

"Talk therapy can be helpful and useful... but only to a point. to truly heal, you have to move through it," Aimeé said.

Psychedelic psychotherapy is a means of help for people living with anxiety, depression or PTSD.

Instead of covering up symptoms of mental health, Clinical Director Jen Fiser says the idea is for patients to face those symptoms and learn from them.

In Colorado, cannabis and prescribed ketamine are the legal drugs used in psychedelic psychotherapy to access the subconscious.

Fiser says the subconscious is where we often store trauma from our childhood, and we may not be able to overcome issues related to that trauma unless it's brought forward.

"We have responses that feel like little kids even though we're adults. That's because those responses are actually held in us as children, but when we have access to them through the subconscious, they can get new information," Fiser said.

New information like how strong we are as humans, what defenses we have, how healthy relationships work, and assurances that we aren't in danger anymore.

"The symptoms go away on their own, because they're no longer necessary," Fiser said.

"It's been totally life-changing for me coming here," Aimeé said.

Aimeé says she's able to reach the complex depths of her brain by tuning into her physical body as a guide.

In this type of therapy, it's known as ‘a wave’, and patients can experience multiple waves in one sitting.

"You have like a cold, coldness that comes over you. Usually that signifies some kind of trauma is bubbling to the surface. Then there's a surge of emotion, and that for me is usually followed by remembering where maybe I had felt that emotion before and was not able to process it. And then after that happens, it's like this ‘aha’ moment and then you get warm," Aimeé said.

Aimeé says what she felt in the first session is completely different from the last. But it's not over from there.

"It's not like a magic thing. You have to work through still what that was for you. You have to create new patterns of how you live without that control or without those things getting in the way," Aimeé said.

Though she claims the process is transformational, Aimee says she's thankful she has Fiser as her therapist to move through that space with her. Especially when dealing with an altered state of consciousness.

"If it's done in a therapeutic and a safe setting, it's actually something beneficial, but if it's done in a way that [the body] doesn't know what to do with that kind of emerging emotion or emerging memory, then people can get very scared and it can be destabilizing," Fiser said.

Medical experts say potential side effects of psychedelics include dizziness, blurred vision, weakness and tremors while the drugs are active. They can also raise blood pressure. As Fiser mentioned, the main concern is not being able to handle distorted perceptions of time and space.

Someone using a psychedelic should not drive for at least 24 hours.

"We require clients to get a ride home," Fiser said.

Currently, more than half of states across the country offer psychedelic therapy. Fiser believes that number will continue to grow, and there is even a possibility more hallucinogenic drugs like psilocybin, which comes from mushrooms, could be added to the mix.

"Oregon has an initiative where they're trying to allow psilocybin to be used therapeutically, and if that were to happen, we would be very interested in opening a clinic in Oregon because we would love to be able to use that," Fiser said.

When it comes down to it, Aimeé says if psychedelic therapy is saving lives like hers, she thinks it's proven its worth.

"We need more research. We need all of that, absolutely. But the fact is that these things are helping people... they are. And so of course it needs to be available everywhere," Aimeé said.