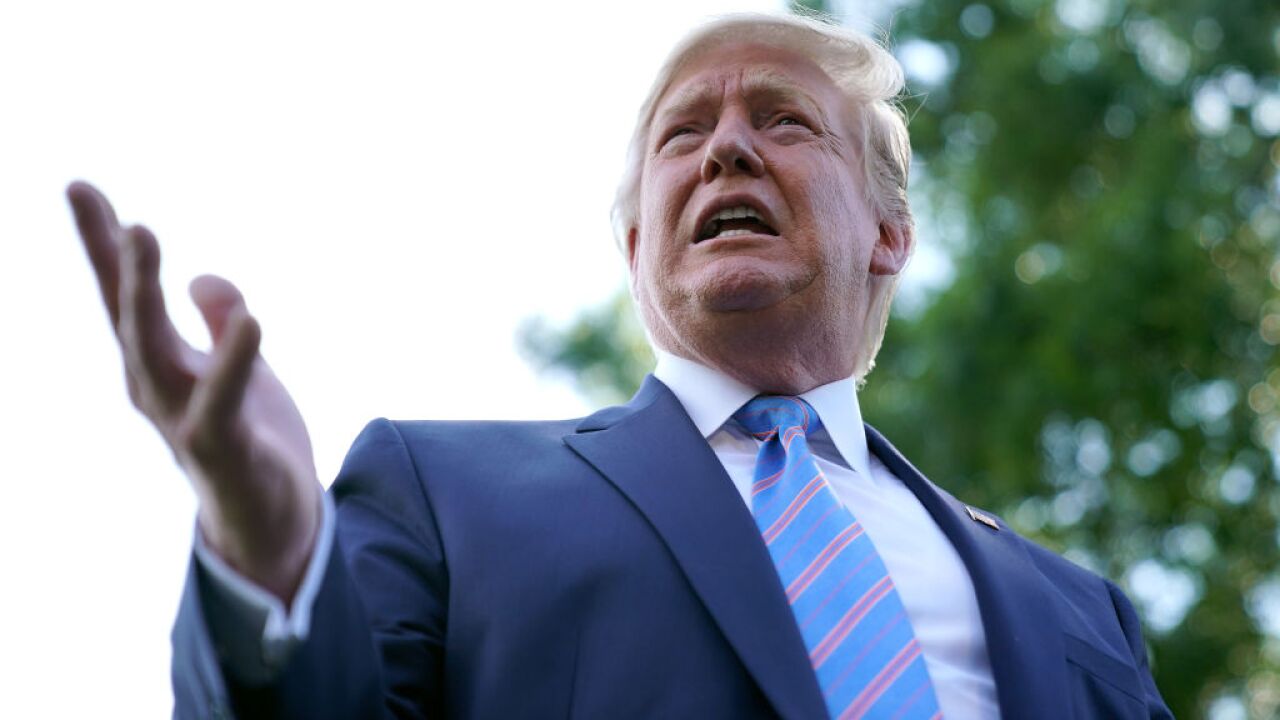 President Donald Trump announced Thursday that he will postpone a scheduled trip to Poland as Hurricane Dorian bears down on Florida. Vice President MIke Pence will travel to Poland instead.

Trump told the reporters that he was postponing the trip at a ceremony to re-establish the Space Command at the White House. Trump said he spoke to Polish President Andrzej Duda and expressed his regrets.

"The storm looks like it could be a very, very big one indeed. ... Our highest priority is the safety and security of the people in the path of the hurricane," Trump said.

Hurricane Dorian is currently expected to make landfall on Sunday or Monday. Meteorologists expect that the storm could reach Category 4. Nearly the entire state east coast of the state is at risk.