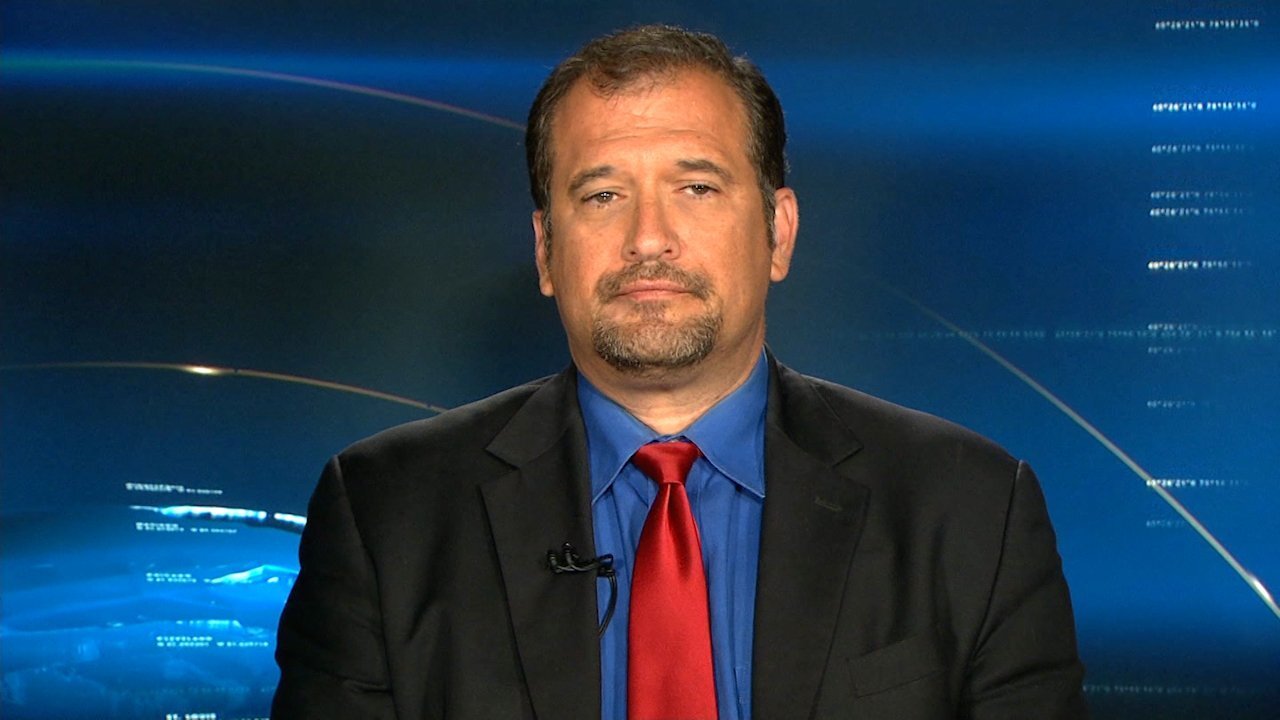 Playboy magazine White House correspondent Brian Karem is going to court to fight for the immediate restoration of his press pass.

He filed suit in federal court on Tuesday, naming President Trump and press secretary Stephanie Grisham as defendants, and alleging that the White House has violated his Constitutional right to due process.

Karem, who is also a CNN political analyst, is in a dispute with the White House stemming from his July 11 altercation in the Rose Garden with former Trump adviser Sebastian Gorka.

Last week the Trump administration suspended Karem's "hard pass," which speeds up his entry to the White House grounds, for 30 days.

Karem and Playboy retained Theodore J. Boutrous, Jr., one of the lawyers who successfully represented CNN and Jim Acosta after Acosta's pass was revoked last November.

Boutrous is taking a similar approach in this case.

In a statement on Tuesday, he said the lawsuit is "asking the federal district court in Washington, D.C. to order the immediate restoration of the press credentials of Playboy White House correspondent Brian Karem and to enjoin the ongoing violation of his First and Fifth Amendment rights. We are confident that the Administration's latest punitive and lawless action against a journalist will not stand, and we look forward to our day in court."

Grisham said Tuesday in a statement that she stood by her decision to suspend Karem's hard pass.

"The purpose of a hard pass is to provide access to the White House so members of the press can report and ask questions of officials who are taking questions," she said. "Mr. Karem did not use the access granted to him for journalistic purposes - in fact, the President had left the event. Instead, he used his press pass to insult invited guests and make comments that threatened to escalate into a physical confrontation to the point that the Secret Service intervened."

In another similarity to the Acosta dispute, Karem has filed a motion for a preliminary injunction and temporary restraining order, essentially a way to fast-track a case like this.

But Karem may be facing a steeper set of hurdles. For one thing, Grisham followed a process that was laid out last fall after the Acosta court fight.

Grisham initially sent a letter to Karem saying the suspension was a "preliminary decision" and giving him time to appeal, which he did. Then she made a "final determination" two weeks later.

This process established a paper trail and possibly some sort of due process, which was at issue in the Acosta case.

But Karem and Boutrous are likely to argue that the White House action was capricious.

It also sought to put the one-month suspension into broader context: "President Trump has a history of using the revocation or threatened revocation of a hard pass to try to stifle speech and reporting he does not like."

Karem, a veteran columnist and editor, is a highly controversial figure within the White House press corps. His critics say his aggressive conduct hurts his cause and the press corps as a whole. But his fans admire his blunt questioning at Q&A's with Trump and White House aides.

After his one-month suspension was made official last week, the White House Correspondents' Association said it is "deeply concerned about a decision by the White House press secretary to suspend a member's hard pass for 30 days."

"Such a move could have a chilling effect on working journalists. As we have said before, we believe everyone should conduct themselves professionally at the White House," the association said.

The two men exchanged words in the Rose Garden following a brief speech by the president. Gorka and other pro-Trump media boosters were in the audience; Karem was observing on the sidelines.

Karem tried to ask Trump a question; was taunted by some in the crowd; then made what he said was a joke in response. "This is a group of people that are eager for demonic possession," Karem said. Some of the attendees seemed to laugh. But Gorka responded angrily and questioned if Karem is really a journalist.

Karem waved Gorka over to him and said, "Come on over here and talk to me, brother. We can go outside and have a long conversation."

The two men briefly traded barbs, with Gorka saying "you're not a journalist, you're a punk."

Videos of the incident went viral on social media and both men were criticized for their behavior.