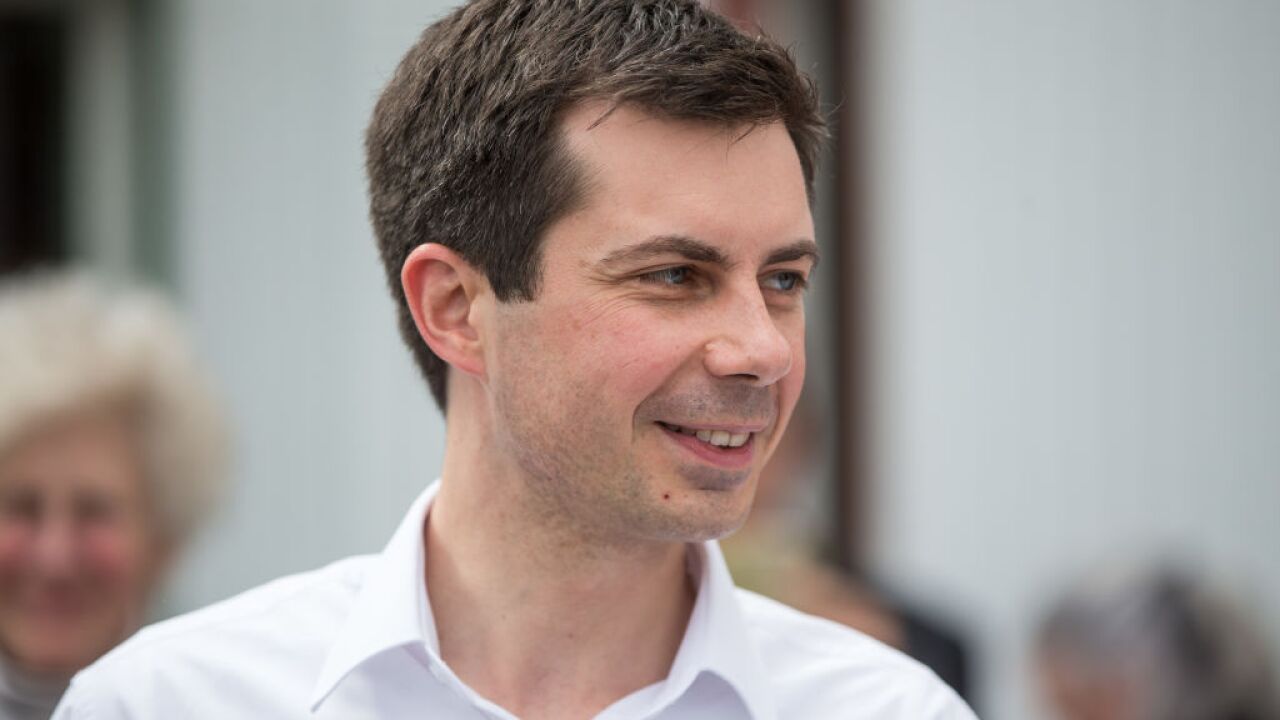 South Bend Mayor Pete Buttigieg lunched with Rev. Al Sharpton in Harlem on Monday, receiving advice on winning over the African American community and how to talk about his sexuality with voters.

The Indiana Democrat has admitted that, despite his meteoric rise in the 2020 presidential field, his outreach and standing with African American constituencies have been lacking and are something his campaign needs to focus on in the coming weeks. Lunch with Sharpton -- which included advice from the civil rights leader about how Buttigieg, who is gay, should discuss his sexuality with African American voters -- is part of that effort.

Sharpton, speaking with reporters after the mayor ate fried chicken, mac and cheese and collard greens at Sylvia's, called the lunch "candid" and said Buttigieg did not "duck any issues," including questions the reverend and TV host asked about policing in South Bend and the mayor's early plan to demolish 1,000 vacant homes in 1,000 days , both of which have been criticized for adversely impacting African Americans in South Bend.

"We talked through a number of issues that affect our community in South Bend, we talked also about an agenda for black America that is going to be a very important part of my campaign," Buttigieg said. He pointed to his plan for black America, which he said would focus on "home ownership, entrepreneurship, health, education and criminal justice reform."

"I valued the conversation," Buttigieg added.

Sharpton, in a conversation with reporters shortly before Buttigieg spoke, decried homophobia in all communities, but specifically called out black and religious communities.

"We have got to deal with homophobia in all communities, including the black community, including the faith community," Sharpton said, who has long spoken out against homophobia and called for greater LGBTQ inclusion. "We are saying that people ought to be judged on their merits."

Polls show that black Americans have historically been less supportive of gay marriage than others. A 2017 Pew Research Center poll found that 51% of African Americans supported same-sex marriage, compared to 64% for white Americans.

"There are some in our community that have still some homophobic feelings," Sharpton continued, adding that they "need to understand you cannot be anti-anybody."

As they ate, Buttigieg asked Sharpton directly about dealing with anti-gay sentiment in the African American community, to which the reverend suggested the mayor say: "I am who I am and I should not be judged for that."

Buttigieg said he valued the reverend's advice and noted his appreciation and admiration of Sharpton for "stepping forward on" homophobia.

"People know what is in your heart, they know what you are about, and they see the results that you bring about," he said. "And I believe you can reach anyone and the only way to really test that theory" is by going to communities and asking for their support.

Buttigieg's ability to win over African American voters has been a central question in the mayor's recent uptick. The mayor, who has seen mostly white crowds on the campaign trail, admitted earlier this month that he needed to "do better" in courting a more diverse following.

Buttigieg will continue that outreach next week when he travels to South Carolina for a multi-day trip through the state, where African American voters make up a bulk of the Democratic electorate.

"We need to invite more and more people into the process. We do it through our team and the team that we're building," Buttigieg recently told CNN .

"I think we need to do better," Buttigieg added. "As I've been on the trail, we found, to some extent, it depends on geography. We had a very diverse crowd at my first stop in Nevada, but less so in South Carolina. One of the most important things you can achieve in South Carolina is engage with African American voters in particular, which represents such an important part of our party's coalition."

Buttigieg has said he will have a comprehensive platform for African American voters, but he also made clear on Monday that he would not break positions he currently has to win over the community.

When someone outside Sylvia's asked him about coming out against allowing those who are incarcerated from voting and noted that some in the African American community were disappointed by that position, Buttigieg did not back away from that view.

"That is my position," he said. "I have never been so stubborn that I am not willing to hear new ideas. But I have got a position. My priority is, when it comes to the voting rights of felons, is restoration of voting rights after incarceration."

Last week, after Vermont Sen. Bernie Sanders called for allowing the currently incarcerated to vote during a CNN town hall, Buttigieg said he was against such a plan.

The mayor is in New York on Monday for a series of meetings and an appearance on "The Daily Show with Trevor Noah."

Buttigieg rode the subway to his meeting with Sharpton and was swarmed by media when he walked into Sylvia's, the iconic soul food restaurant in Harlem.

When the food hit the table at lunch, Buttigieg seemed perplexed about how to go about eating what was before him.

"It's not rude," Buttigieg asked, "to eat with my hands?"