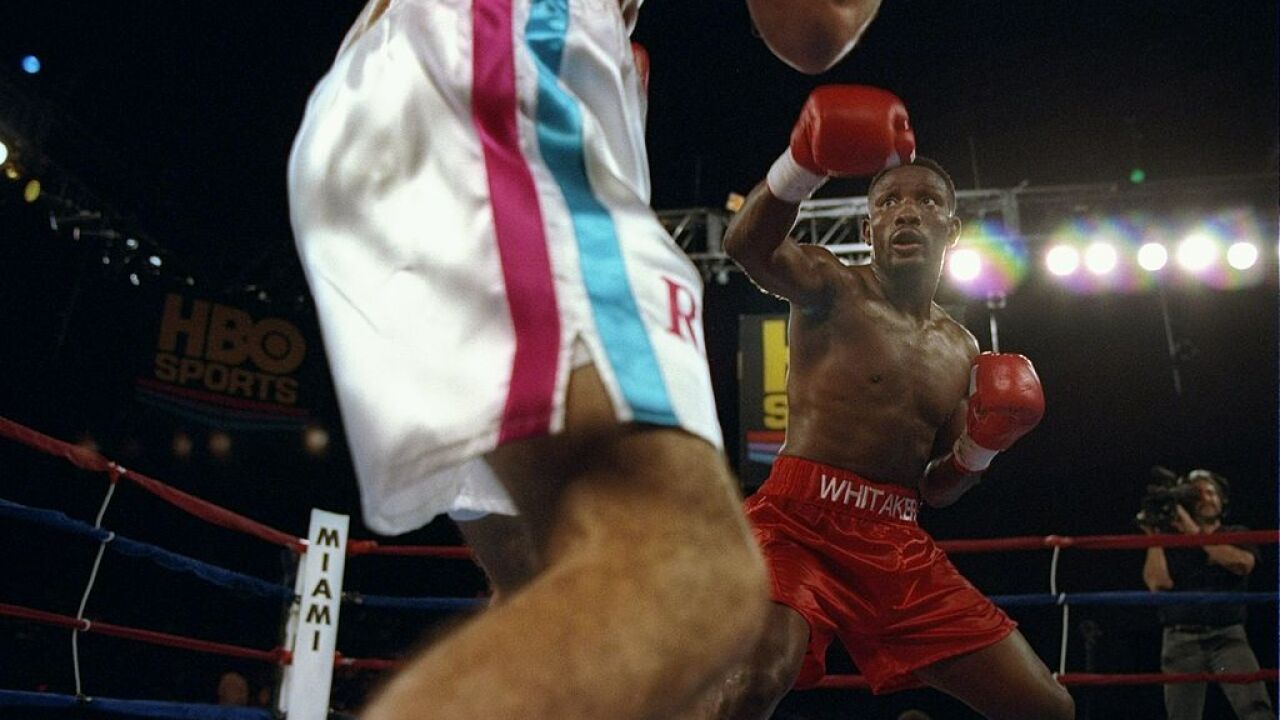 Whitaker was hit and killed by a vehicle Sunday night, police said. The 55-year-old former boxer was pronounced dead at the scene.

Whitaker was a world champion in four different weight classes: lightweight, light welterweight, welterweight and light middleweight. The boxer also won a gold medal at the 1984 Olympics and was inducted into the International Boxing Hall of Fame in 2007.

In his professional career, Whitaker had 40 wins, four losses and one draw.

He grew up in Norfolk, Virginia, and retired from boxing in 2001.