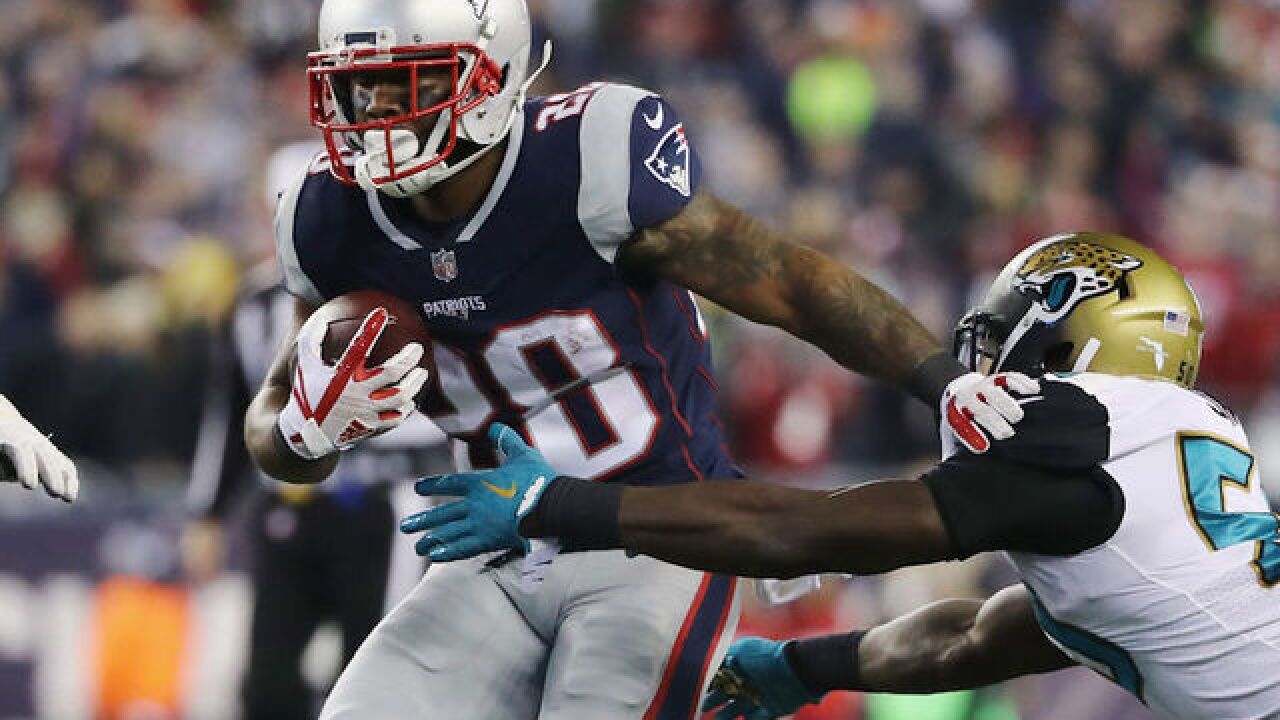 Copyright Getty Images
Elsa
<p>FOXBOROUGH, MA - JANUARY 21: James White #28 of the New England Patriots carries the ball as he is defended by Eli Ankou #54 of the Jacksonville Jaguars in the fourth quarter during the AFC Championship Game at Gillette Stadium on January 21, 2018 in Foxborough, Massachusetts. (Photo by Elsa/Getty Images)</p>

It might not have been a 28-3 deficit, but the New England Patriots once again had to overcome a sizable deficit. But veteran quarterback Tom Brady, playing with an injured hand, worked his magic again, leading the Patriots back to the Super Bowl with a 24-20 win over the Jacksonville Jaguars on Sunday.

The Patriots will play the Philadelphia Eagles after the Eagles beat the Minnesota Vikings 38-7.

The AFC title marks the Patriots' third in four years. Brady is hoping to win his sixth Super Bowl in two weeks.

Brady had to win the game without two of his top targets in Julian Edelman and Rob Gronkowski. Brady also had to battle a significant cut on his throwing hand. But for Brady, he handled challenge after challenge.

Down 20-10, Brady and his offense went to work in the fourth quarter to win the game. Brady found 32-year-old receiver Danny Amendola for a nine-yard touchdown with 8:44 remaining in the game.

Jacksonville's Blake Bortles, who had an impressive first-half on Sunday, managed to get into New England territory with an opportunity to win the game with a touchdown. But three incomplete passes and a sack doomed the Jaguars' drive.

The Patriots have won eight AFC titles with Brady at quarterback.