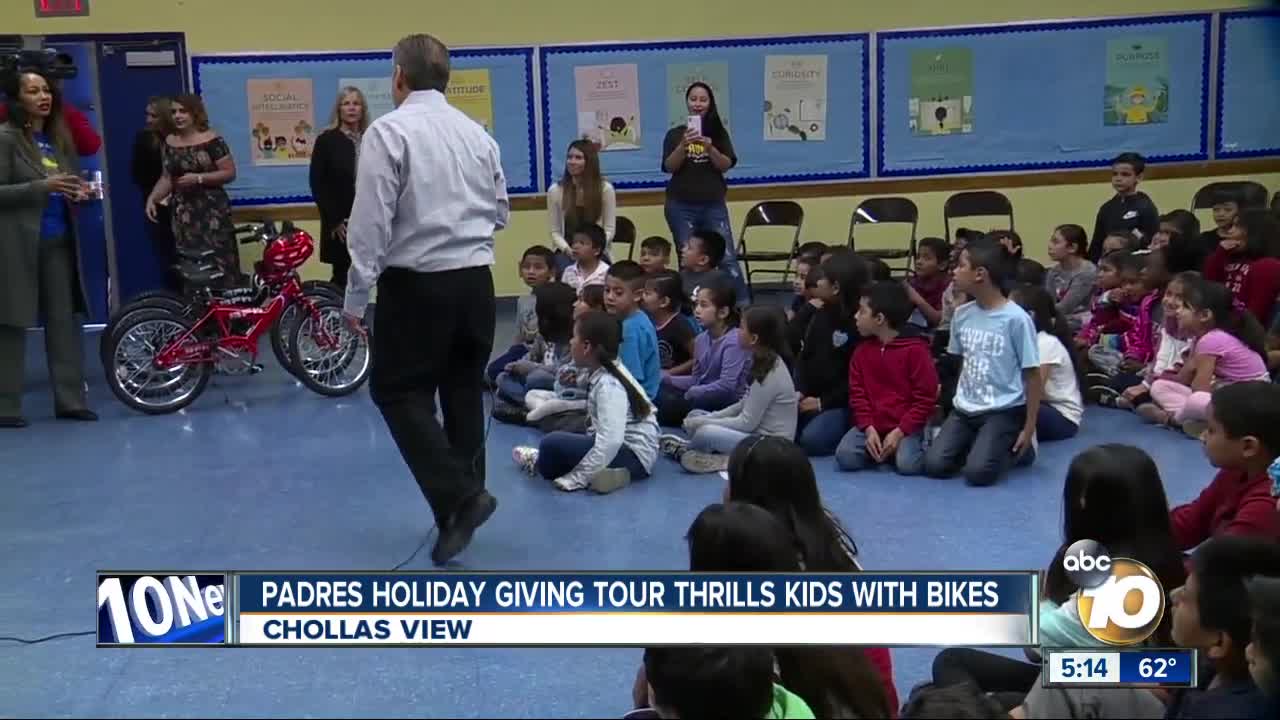 The children didn't know they would all get bikes 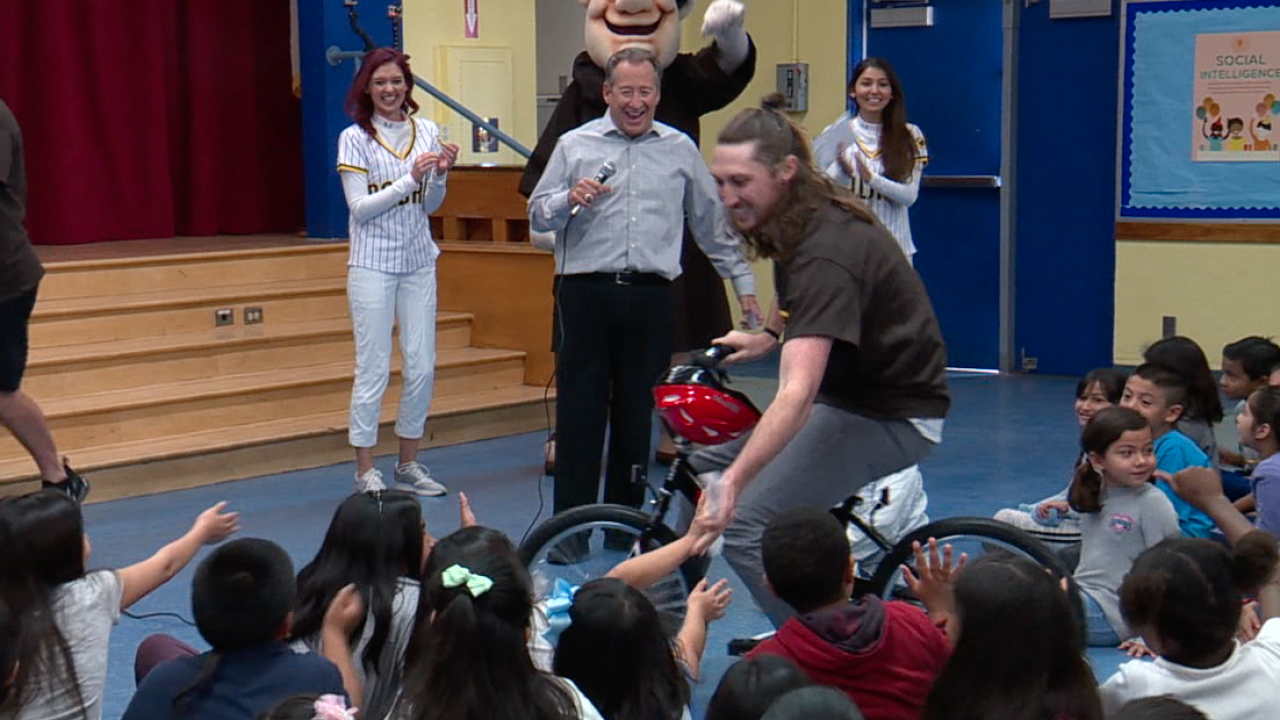 As part of the Padres Holiday Giving Tour, the team partnered with Bikes for Kids Foundation to gift 141 students at Horton Elementary School.

At first, the group of second- and third-grade students thought they were gathered to learn which student had won a bicycle after an essay challenge. One name was read. But then a second student won. A third student had their name read.

Just when the streak seemed to come alive, chants of "one more bike" broke out among the students.

Then the curveball, Bikes for Kids CEO Bill Pollakov came out to break the "bad news."

"The bad news is ... [they] do not have a bike back there," Pollakov said, gesturing behind a curtain. "The good news, though, is everyone is getting a bike."

Thunderous cheers erupted in the Chollas View auditorium, bringing some students to tears. Behind the curtain, a bike and helmet for every student.

"Today was just beautiful because we got to take a break from the hard world of academics and to celebrate our achievement," Horton Elementary Principal Staci Dent said.

The gifts celebrate students achieving a 13-percent boost in English language art scores and 6-percent increase in math scores. All the more encouraging for the school, which is designated as the lowest performing elementary school in San Diego County.

This article was written by Mark Saunders for KGTV .