Two police officers and a motorist are lucky to be alive after an out-of-control semi narrowly avoided them on the side of an Illinois highway. 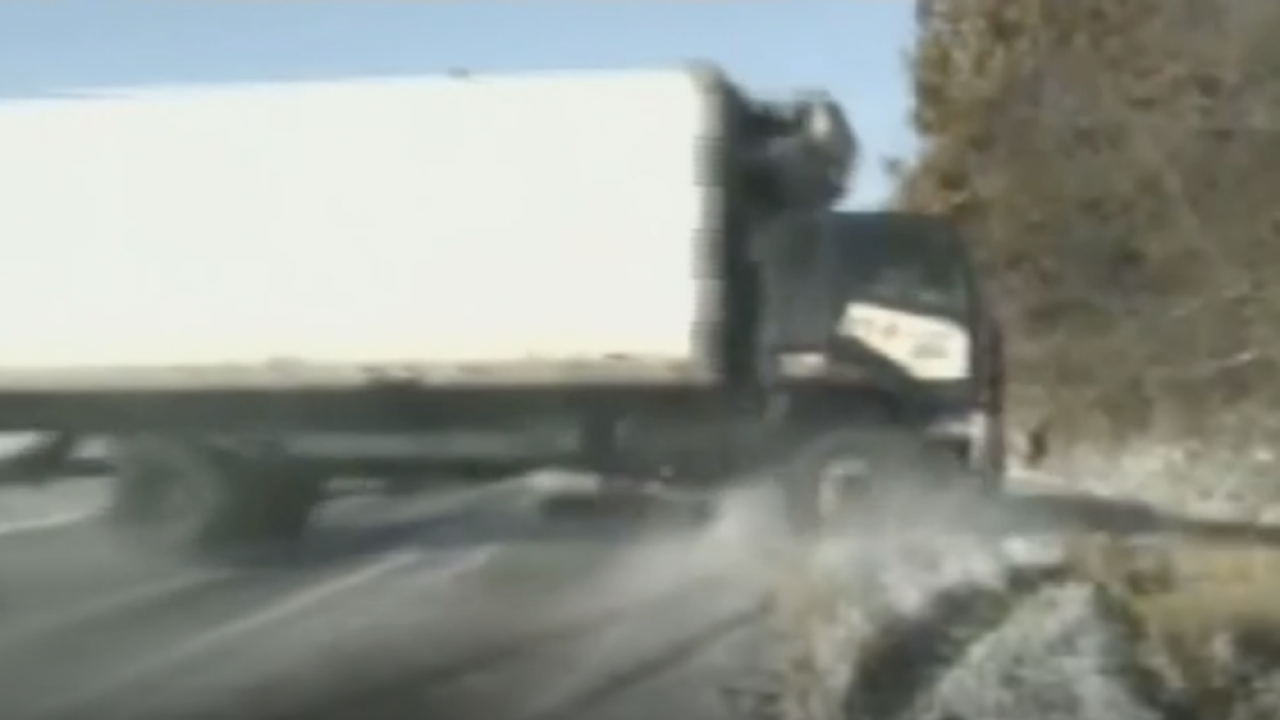 Dash camera video captured what state police in Illinois are calling a "miracle on the ice."

An out of control truck narrowly missed two troopers and a woman as they changed her tire along an icy road near Wayne City, Illinois on November 12.

The troopers pulled the woman out of the way into a ditch just in time and the truck passed over her. She was treated for minor injuries. The troopers weren't injured.

The truck driver was ticketed for failing to reduce speed to avoid a crash.

"Folks, we can’t stress this enough! SLOW DOWN!" the Illinois State Police said in a Facebook post. "As you can see, sometimes it’s a matter of life or death as a stranded motorist. It’s not just about us out there, it is people you know and love that we are assisting also."

"We were inches away from a different story being told. Literally inches."