Oregon teachers are walking out, forcing 600 schools to close. But they're not demanding raises 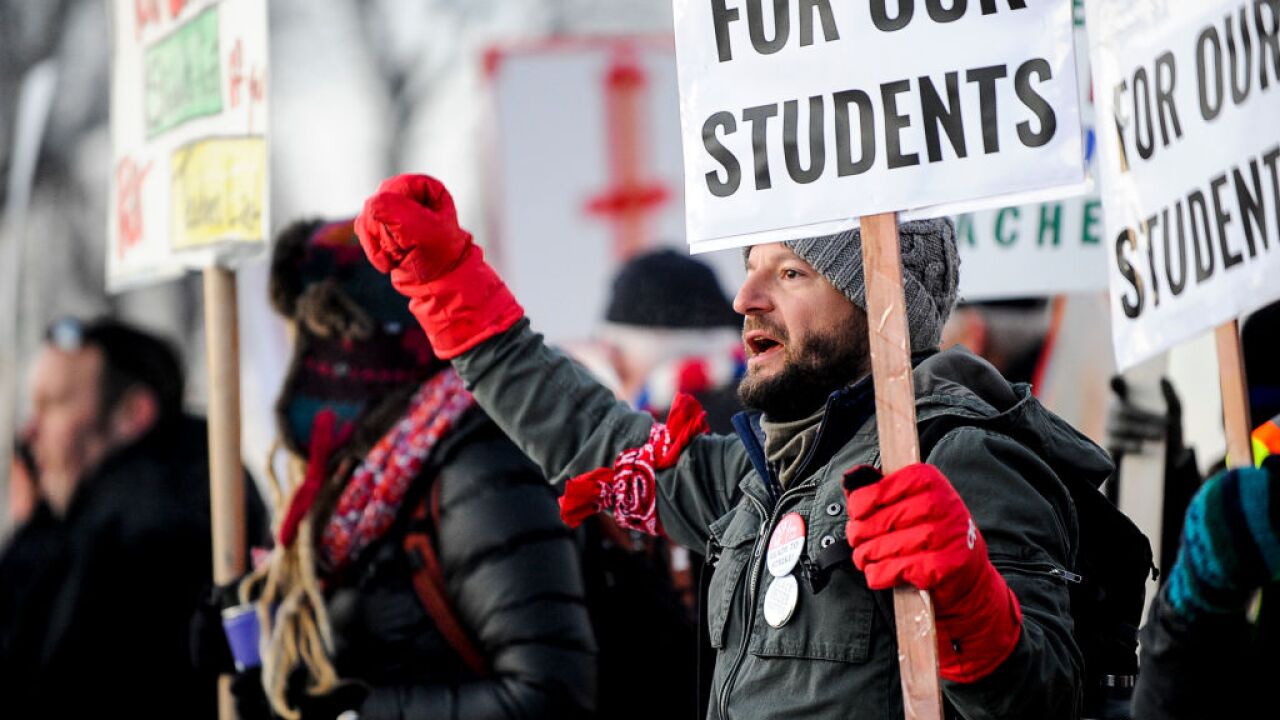 It's national Teacher Appreciation Week , but you wouldn't know that by talking to teachers in Oregon.

Tens of thousands of frustrated teachers will air their grievances at protests across the state Wednesday. But unlike with other teacher walkouts, these educators aren't fighting for higher raises.

They're fed up with overcrowded classrooms and a lack of support staff, including school nurses and mental health counselors.

"Nearly 45% of all reported classes in Oregon have 26 students or more," said John Larson, a high school English teacher and president of the Oregon Education Association .

Some classes have 56 or more students, he said.

So instead of going to class, many teachers will take unpaid days off work to flood at least six protest sites across the state .

The biggest district to close, Portland Public Schools, has more than 46,000 students.

What do teachers want?

-- More school nurses. There's only one nurse for every 5,481 students. That's four times less than national recommendations, the OEA said.

-- A restoration of art, music and physical education programs that have been cut by budget constraints.

-- More funding for school supplies. The OEA said 94% of teachers spend their own money on classroom supplies "to make up the difference between what their students need and what districts can provide."

-- The passage of state House Bill 3427, dubbed the "Student Success Act." The bill would increase funding for K-12 education by 18%.

What are politicians saying?

"It adds $1 billion a year for schools in Oregon, with districts able to figure out where they need the money most. This is a once in a generation investment for our children."

If the bill passes the legislature, Gov. Kate Brown is ready to sign it into law, her office said.

"The Governor is supportive of Oregon educators who are rallying Wednesday," Brown's office said in a statement.

But the union says it's not backing down until schools are guaranteed more resources for students.

"We're putting pressure on lawmakers they haven't seen from us before," Larson said.

Why are so many teachers protesting these days?

The Oregon protest is the latest in a massive wave of teachers' walkouts that started in West Virginia last year and keeps spreading like wildfire this year.

Earlier this year, Los Angeles teachers went on strike for six days, which cost more than $125 million. While those teachers scored several victories, some parents were disappointed.

Union leaders say much of the nationwide anger stems from states slashing education budgets during the recession a decade ago. But despite the improved economy, many education budgets have not caught up -- especially when considering inflation.

So what will happen in Oregon if teachers' demands aren't met?

"There are no longer-term walkouts currently planned," Larson said, "but Oregon educators will do whatever it takes to make sure our schools can afford what students need."