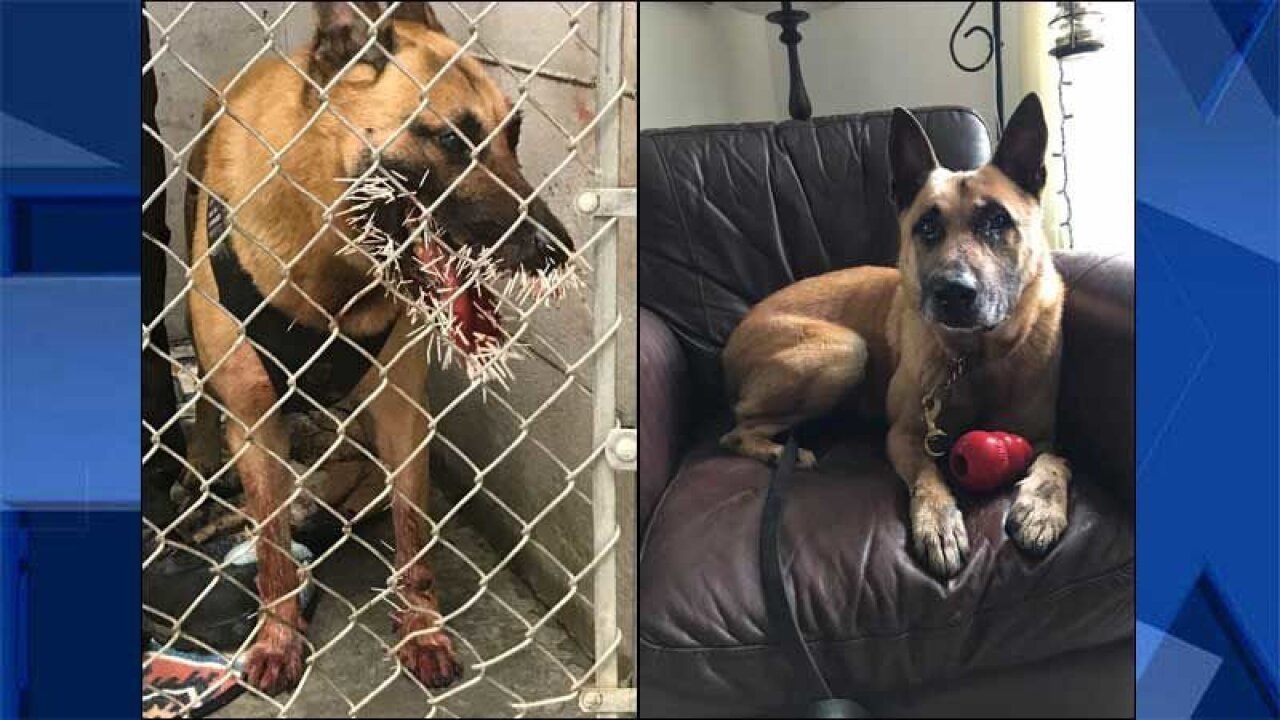 ( KPTV ) — A porcupine perpetrator remains on the loose after attacking a K-9 in Coos County, Oregon.

K-9 Odin was on duty trying to track down a wanted human suspect with several felony warrants at around 6 p.m. local time on Saturday.

Devin J. Wilson, 29, of Coos Bay, ran away from a pursuing deputy in the Barview area. Odin was called out to the scene to track the suspect.

During a very long search, Odin encountered a porcupine.

The porcupine appeared to get the better of the exchange, leaving Odin with more than 200 quills stuck around his face. Some went into Odin’s mouth and two were near his left eye.

The search for Wilson was immediately suspended and Odin was rushed to Hanson-Meekins Animal Hospital in Coos Bay. Odin was sedated and treated for more than two hours.

Deputies said Monday that Odin is doing well and recovering at home, but the porcupine “remains at large.”

“The sheriff’s office would like to offer thanks to the staff at Hanson-Meekins for their dedication and professional care, as well as to the public for the outpouring of support for K9 Odin,” according to the sheriff’s office.

Deputies are continuing to search for Wilson. Anyone with information is asked to contact the Coos County Sheriff’s Office.