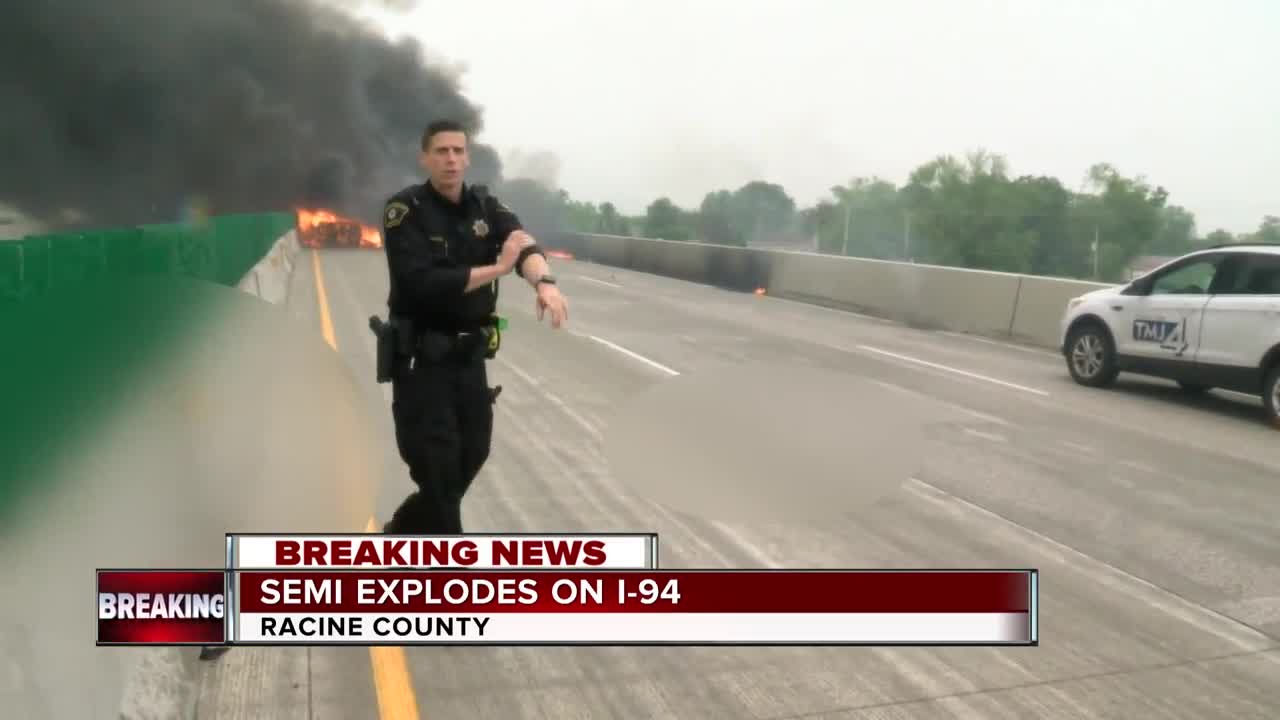 Video from photojournalist John Drilling shows an injured person on the ground and officers responding after a semi-truck apparently exploded on I-94 Tuesday afternoon. 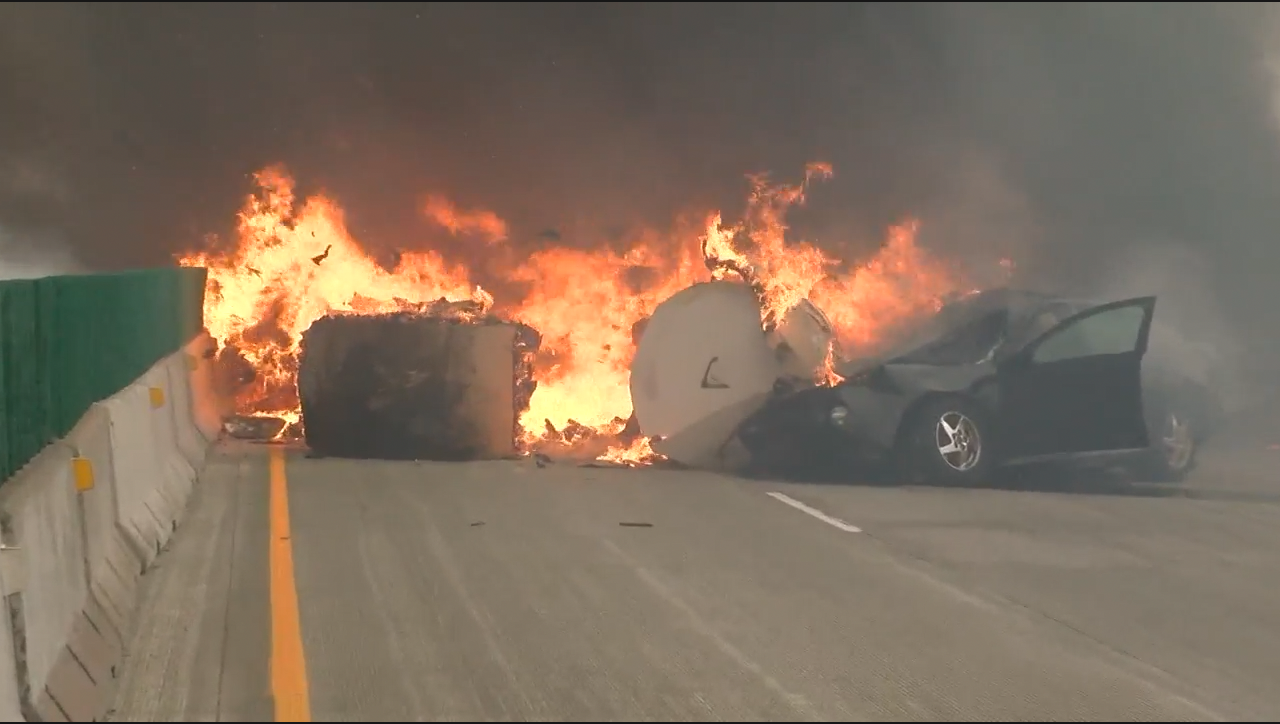 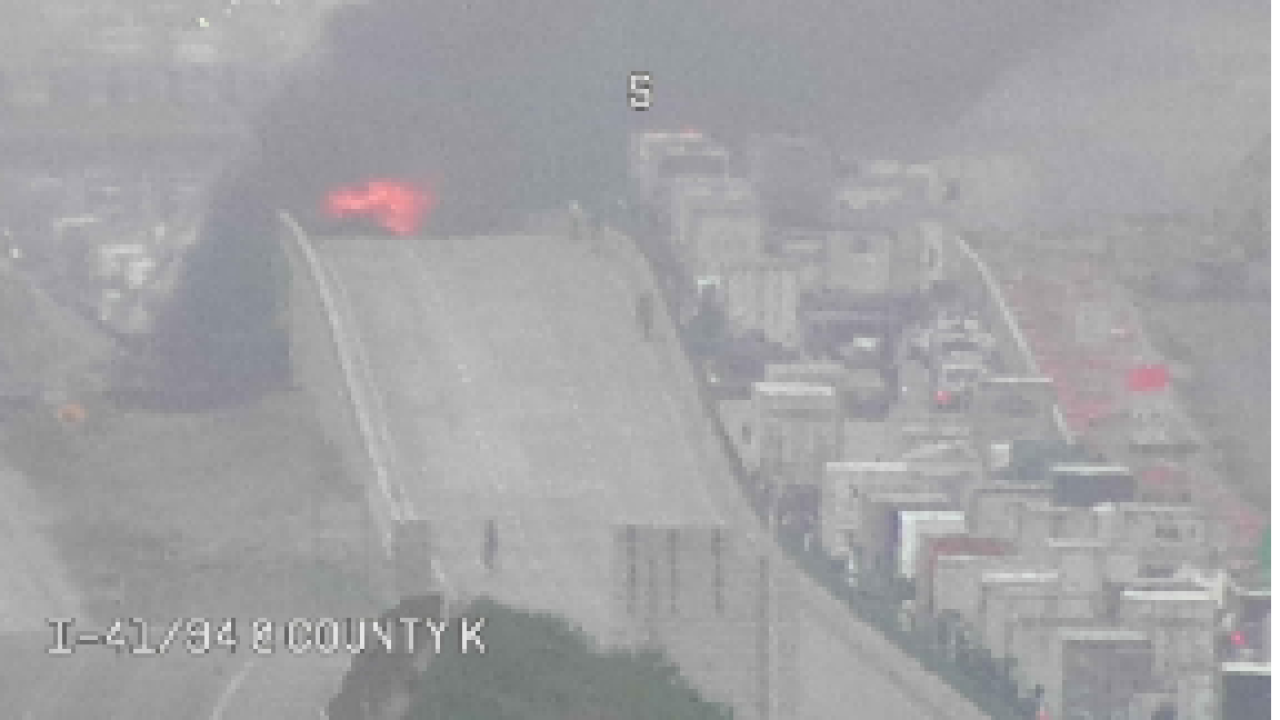 Racine County Sheriff Chris Schmaling said as a semi truck heading south on the interstate tried to change lanes they hit a construction barrier that pushed the median into the northbound lanes.

Three other passenger vehicles heading north collided as a result. Schmaling said a second semi truck heading north tried to avoid the collision causing it to veer off the road and crashed before bursting into flames.

The sheriff said they received several 911 calls reporting the crash and explosions. He attributed the explosion sounds to tires in the crash heating up then blowing up.

"In my 24 years on this job and this is the worst accident I’ve ever been a part of," said Schmaling.

The crash shut down I-94 and frontage roads to traffic for several hours causing lenthy back ups. The sheriff said emergency responders had difficulty getting to the scene.

Schmaling urged drivers to be cautious driving in extreme construction zones, adding a small mistake can have a devastating impact.

"These are interstate speeds were talking about and ultimately it cost him his life and the life of another human being, and I hope and pray that the lives of the others are right now in the hospital getting care don’t lose their lives as well. It just underscores the importance that we need to slow down, pay attention and be aware of our surroundings when we’re under construction," said Schmaling.

Authorities have not identified the two drivers who died.

This story was originally published on WTMJ .