Ohio pastor says someone called police about a homeless person. It was actually a statue of Jesus 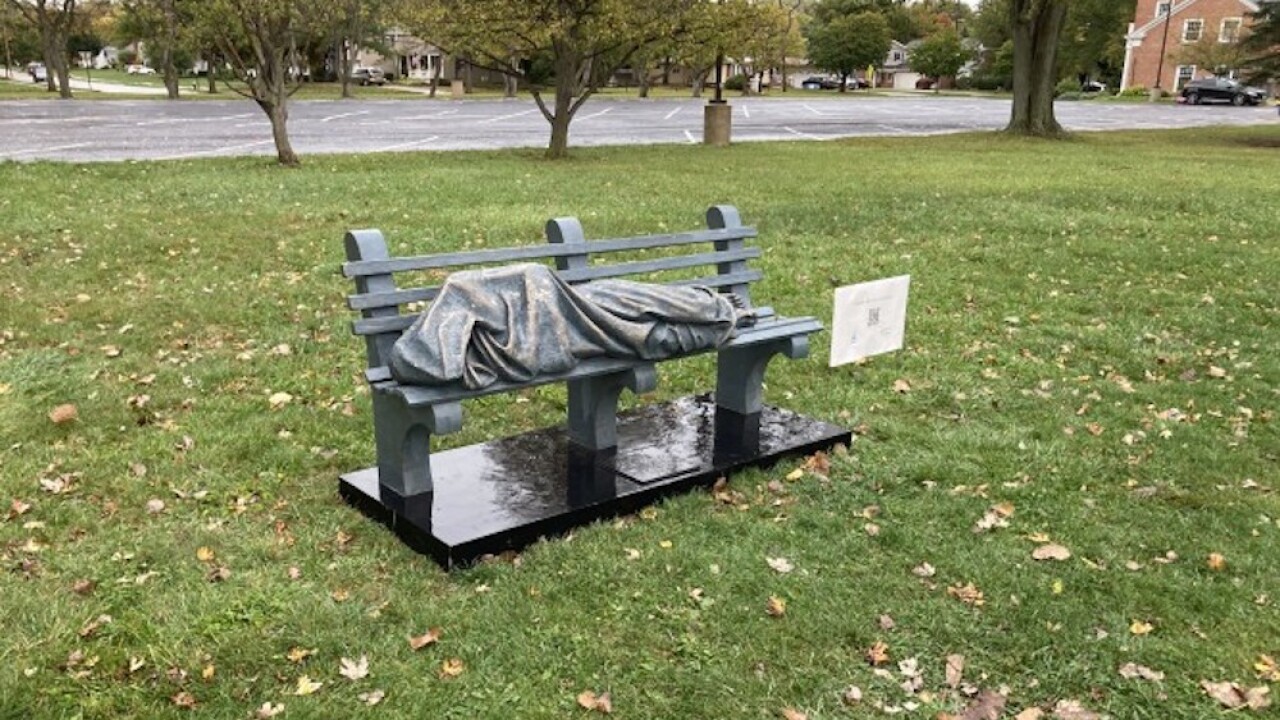 BAY VILLAGE, Ohio — A priest in Bay Village says someone called police about a homeless person sleeping on a bench. It turns out it was actually a statue of Jesus.

The sculpture was created by Timothy Schmalz, and depicts Jesus wrapped in a blanket and lying on a bench.

Within 20 minutes of the sculpture's installation at St. Barnabas Episcopal Church, police were called, according to the church's pastor, Alex Martin. He tweeted that an officer told him someone had called to report a homeless person sleeping on a park bench.

Scripps station WEWS in Cleveland reached out to Bay Village police, who have not yet responded to a request for more information.

According to the church's website, because Bay Village isn't impacted much by poverty, the statue is meant to remind residents how serious homelessness is in the world.

The temporary installment will be on display until Dec. 1.

The church is currently raising money to try and help the homeless. Martin says those interested in donating can do so here.

This story was originally published by Courtney Shaw on WEWS in Cleveland.