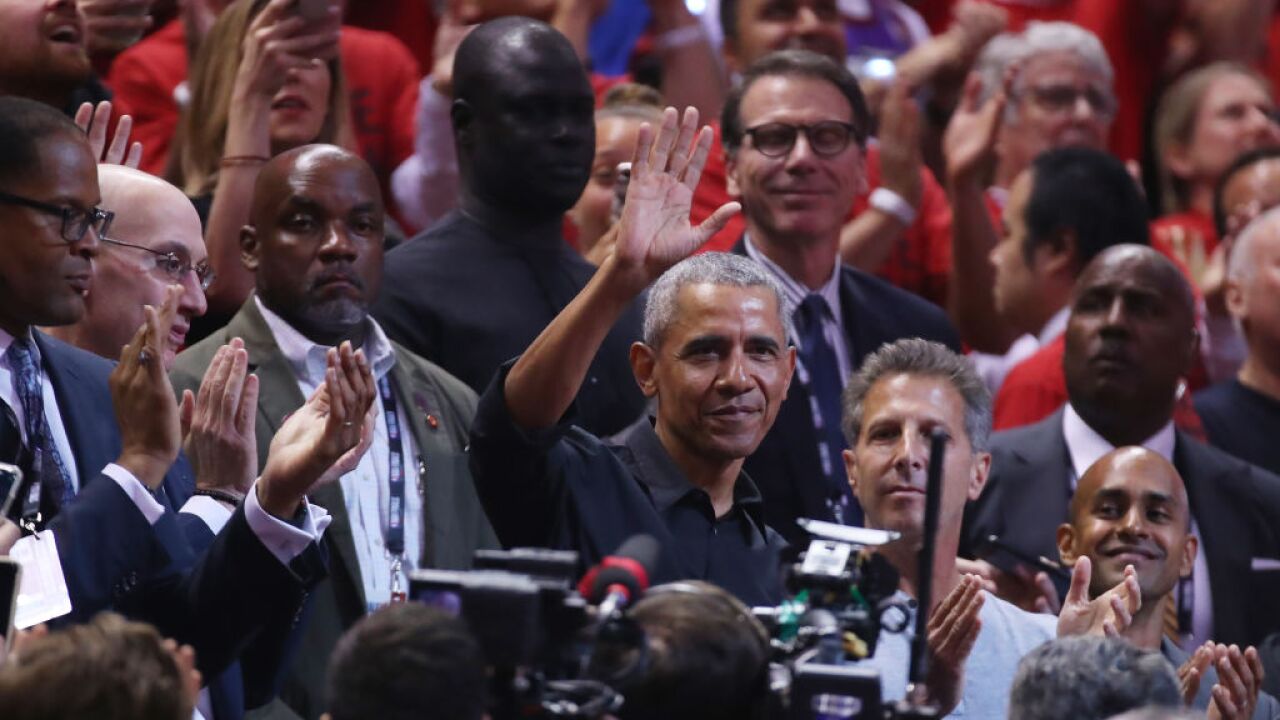 He's the most popular figure in the Democratic Party by far, revered by liberals, moderates and even some Republicans.

But former President Barack Obama -- who has remained largely silent amid a rancorous Democratic primary -- came under a harsh spotlight as candidates vying for his onetime job picked apart aspects of his legacy during Wednesday night's debate .

The skeptical examination of the party's de facto leader left several veterans of the Obama administration outraged that more attacks were trained on the former President than the current one. And Obama has privately expressed some disapproval of what he views as unrealistic proposals from some Democratic candidates, according to a source familiar with those conversations.

From health care to immigration to trade, key accomplishments of the Obama administration came under fire and faced a sometimes-unflattering re-examination by candidates eager to keep their campaigns alive by trying to prove their progressive credentials.

Their direct target wasn't Obama himself, but rather his former vice president, Joe Biden , who leads a large pack of Democrats looking to distinguish themselves in the party's crowded presidential primary fight. Biden has tied himself closely to Obama, casually referring to his former boss as "Barack" in a bid to illustrate their closeness and benefit from his popularity.

The flipside of that strategy, it turns out, is tarnishing the very record Biden hopes to ride into the White House.

Liberal candidates advocating for a government-run health care system have deemed Obama's signature law, the Affordable Care Act, as inadequate. Some of Biden's Democratic rivals attempted to hold him accountable or the high level of deportations during Obama's tenure. Even the massive trade pact his administration negotiated with Pacific Rim nations was criticized as lacking environmental and labor protections - by Biden himself.

A spokesman for Obama on Thursday declined to comment on the attacks, keeping with the former President's practice of not directly weighing in on the 2020 campaign and political discussions.

But the blistering criticism underscores a dramatic shift underway inside the Democratic Party, which is no longer the party of Obama, despite him being out of office less than three years.

"I must tell you, I was a little surprised how much the incoming was about Barack," Biden said Thursday as he emerged from the Detroit One Coney Island diner, a post-debate stop to mingle with Michigan voters.

"This is three years later," Biden said. "The world has changed."

People close to Obama, who have discussed the party's changing dynamic with him, say he isn't at all bothered by the progressive shift among Democrats. He embraces new ideas and approaches, just as he advocated for 12 years ago in his first campaign against then-Sen. Hillary Clinton when he was seen as a fresh and more liberal voice.

In his early conversations with many of the Democratic candidates - including Biden - Obama did not offer specific advice or instructions on how to manage inevitable attacks on his own legacy, according to a person familiar with the conversations. And he has not been surprised that aspects of his tenure are now being criticized.

Still, he also has privately expressed exasperation at some policy proposals and promises that he believes are unrealistic. And he and people around him question the wisdom in assailing the record of a popular ex-president rather than the unpopular-by-comparison current one.

Former Chicago Mayor Rahm Emanuel, who served as the first White House chief to Obama, said Democratic presidential candidates were being extraordinarily short-sighted and wrong-headed by assailing the Obama administration's record, rather than trying to build upon it.

"We have seen this movie before. Democrats need to wake up," Emanuel told CNN. "I would not treat the Obama years as something to be airbrushed out of history. Every one of these things needs to be built upon."

In an interview on Thursday morning, less than 12 hours after the debate ended, the displeasure was clear in Emanuel's voice. Several of the party's presidential candidates were misreading the electorate, he said, and should be taking cues from last year's successful midterm elections when Democrats reminded voters that Trump and Republicans are trying to wipe out the Affordable Care Act.

"Everybody has got to be kidding me here," Emanuel said. "You have a perfect set up. President Trump is suing to undue it. We won an election on it. I don't get this."

Even as the Democratic Party has notably shifted to the left, a critical discussion of the Obama record has been largely overshadowed by the chaotic first term of the Trump administration. But Biden's candidacy has sparked an intense debate over what many liberals see as Obama's shortcomings in office.

Nowhere is that more evident than in the debate over immigration, an issue that's galvanized the country as Trump adopted a hardline approach, including ordering raids on undocumented immigrants and controversial policies that have led to children being separated from their parents.

The attention on the issue has led to scrutiny of Obama's own record, which earned him the nickname "deporter in chief" from some immigration activists and regularly prompted protests at his events while he was in office.

"You were vice president of the United States. I didn't hear whether you tried to stop them or not using your power, your influence, in the White House," New York City Mayor Bill de Blasio fired at Biden during Wednesday's debate.

Biden, who defended the former President's record and refused to disclose what advice he'd offered him, grew indignant.

"To compare him to Donald Trump, I think, is absolutely bizarre," Biden said.

The retort wasn't enough to satisfy the other contenders. Julián Castro, who served as Obama's housing and urban development secretary, chided Biden as failing to acknowledge the mistakes of the administration in which they both served.

"You can't have it both ways. You invoke President Obama more than anybody in this campaign. You can't do it when it's convenient and then dodge it when it's not," he said.

Even Trump, watching from the White House, saw an opportunity in the Democrats' rebukes of Obama's immigration record.

"The cages for kids were built by the Obama Administration in 2014," he wrote, referring to the facilities used to hold undocumented migrant children. "He had the policy of child separation. I ended it even as I realized that more families would then come to the Border!"

Appearing later on CNN, Booker said Obama - however admired he may be - should be fair game for Democrats.

"Look, he is our statesman, and anybody who was an executive -- I, too, was an executive, two terms of a city -- he ain't perfect," Booker, a current senator who was a former mayor of Newark, New Jersey, said on CNN's "New Day" Thursday. "And I'm sure (if) Barack Obama was sitting here ... he will tell you, 'I made some mistakes.'"

'Not a wise path'

Sen. Chris Coons, D-Del., a friend and supporter of Biden, was sitting inside the historic Fox Theatre in Detroit and said he was astonished at what he was seeing unfold on stage as one Democratic candidate after another assailed Obama's record.

"I was really surprised at how much criticism there was of literally the most popular, most recent two-term American president," Coons told CNN. "We should be looking forward as a party more than we're looking backward. To the extent we are going to review President Obama's record, I think we should be highlighting some of its strengths rather than re-litigating some of the questions about it."

Jennifer Palmieri, an adviser to Obama who worked closely with him in the West Wing, said the criticism wouldn't hurt the former President's legacy, but was not constructive in the party's quest to choose the strongest nominee to defeat Trump.

"It's not a wise path," Palmieri said. "He's one of the most popular figures in the entire world. It's going to make those Democratic candidates seem out of touch with a big slice of the Democratic primary electorate. The reason they are doing this is to get a boost among support to make the next round of debates."

Ben LaBolt, an Obama veteran from the White House and his reelection campaign, echoed the criticism that "attacking Obama rather than Trump is not a smart path to victory for the primary or the general."

"The most likely path to victory for the Democratic nominee," LaBolt said, "is to reconstruct an expanded version of the Obama coalition by reaching traditional swing voters as well as inspiring young voters and those who normally may not vote to show up at the polls."

And whoever emerges from the primary, when faced with the challenge of defeating a sitting president, will surely turn to Obama for help trying to win back the White House, a feat he twice completed.