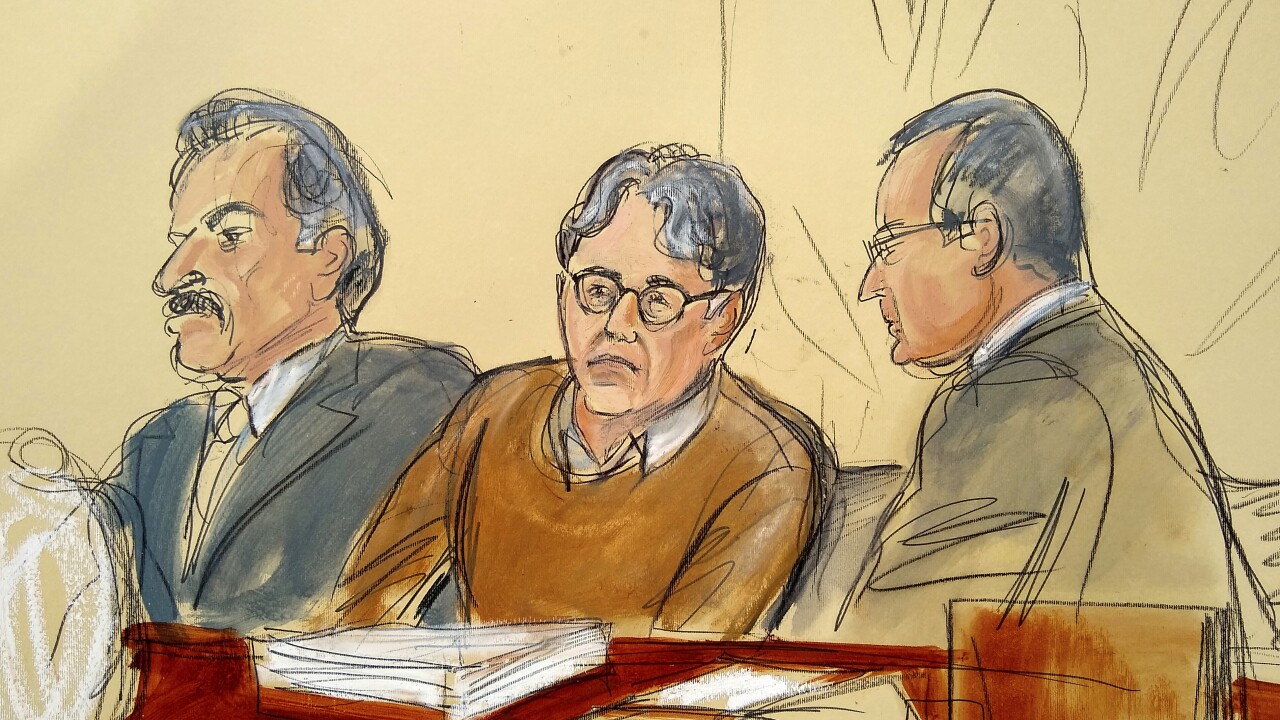 Elizabeth Williams/AP
FILE - In this Tuesday, May 7, 2019, file courtroom drawing, defendant Keith Raniere, center, leader of the secretive group NXIVM, is seated between his attorneys Paul DerOhannesian, left, and Marc Agnifilo during the first day of his sex trafficking trial. (Elizabeth Williams via AP, File)

NEW YORK (AP) — Keith Raniere, a self-improvement guru whose organization NXIVM attracted millionaires and actresses among its adherents, was sentenced Tuesday to 120 years in prison.

The 60-year-old was convicted of charges accusing him of turning some of his followers into sex slaves branded with his initials.

The court proceeding in Brooklyn culminates several years of revelations about the organization, which charged people thousands of dollars for self improvement courses.

Those people included Hollywood celebrities and others willing to endure humiliation and pledge obedience for Raniere’s vision of how to pursue perfection.

Prosecutors said Raniere led what amounted to a criminal enterprise. Co-conspirators helped recruit and groom sexual partners for him.

Raniere’s sentencing comes about a month after Clare Bronfman, a wealthy benefactor of his, was sentenced to seven years in prison in the case.

The Seagram’s liquor fortune heir was taken into custody to begin her 81-month sentence immediately after her appearance in federal court in Brooklyn on Sept. 30.

Bronfman admitted in a guilty plea last year that she committed credit card fraud on behalf of Raniere.