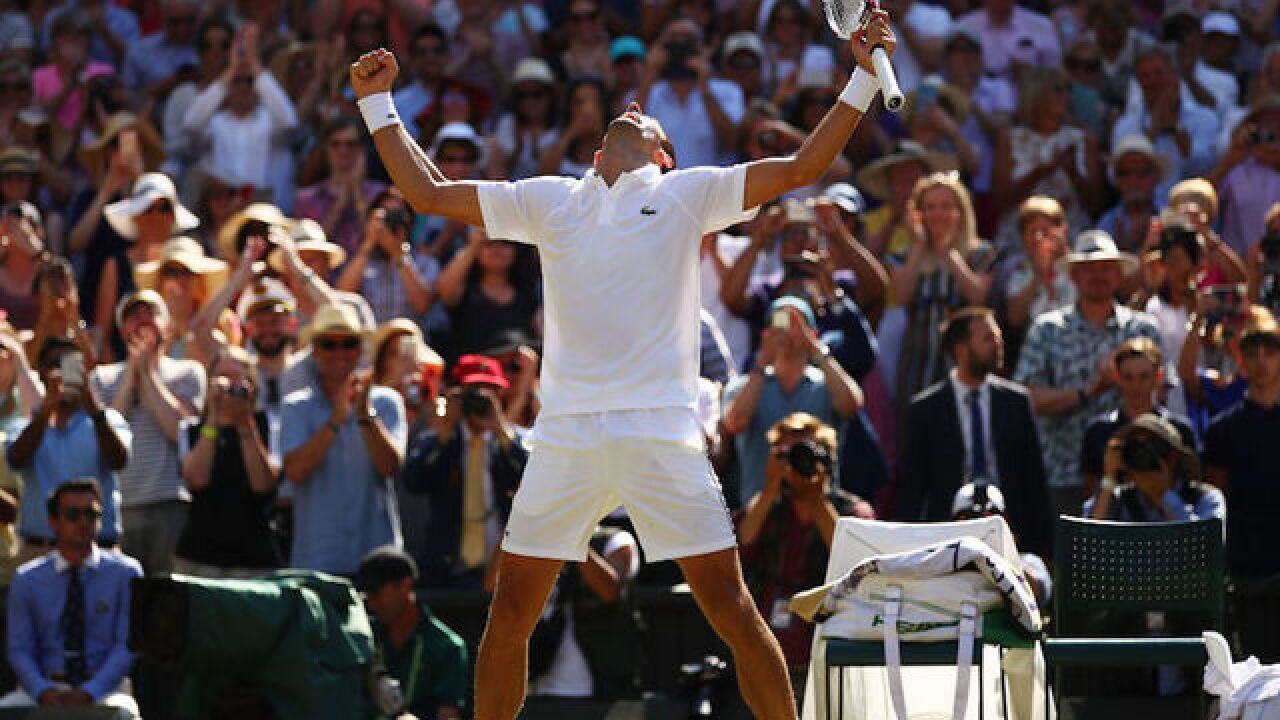 Image copyright 2018 Getty Images. All rights reserved. This material may not be published, broadcast, rewritten, or redistributed.
Clive Brunskill
<p>Novak Djokovic of Serbia celebrates his victory over Kevin Anderson of South Africa after the Men's Singles final on day thirteen of the Wimbledon Lawn Tennis Championships at All England Lawn Tennis and Croquet Club on July 15, 2018 in London, England. </p>

Both players had been involved in lengthy semifinals -- Djokovic had got the better of Rafa Nadal -- to reach Sunday's showpiece, but the final was over in little more than two hours given the Serb's dominance.

Considered one of the greatest returners of all time, Djokovic comfortably broke Anderson in the opening game to set the tone for the match.

Having outslugged fellow giant John Isner in a six hour, 36 minute semifinal, the South African was clearly feeling the effects of that epic clash and was forced into calling the trainer out at the end of the first set for treatment on a bicep injury.

Going into the final, Djokovic boasted the second best return percentage in the competition and was rarely troubled as Anderson's serving lacked its usual piercing power.

But credit must go to the 6 foot 8 Anderson, who dug deep to take the third set to a tiebreak and even had set point on Djokovic's serve at 6-5.

Victory for Djokovic moves him onto 13 grand slam titles and beyond Roy Emerson to solely occupy fourth spot on the all-time list, now just one behind Pete Sampras in third.