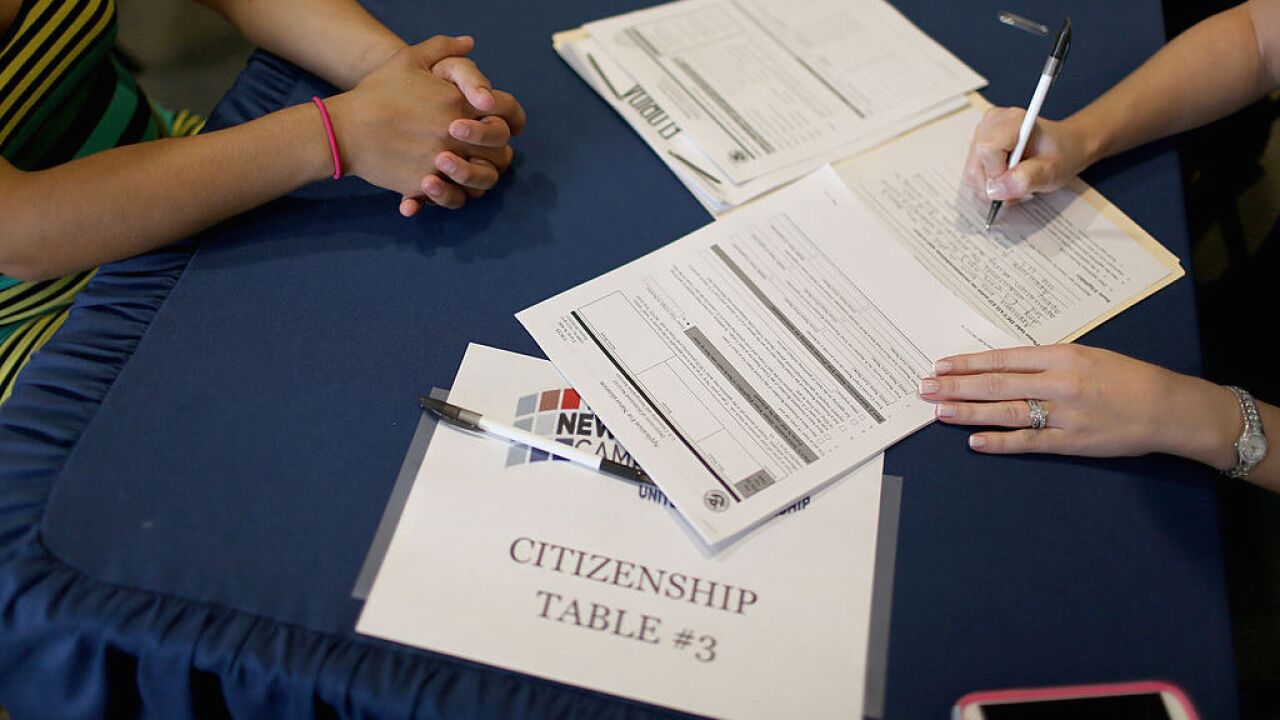 This is at least the fourth lawsuit brought against the rule, which was announced earlier this month, including a multi-state challenge led by California, filed late last week. The rule means many green card and visa applicants could be turned down if they have low incomes or limited education, and have used benefits such as most forms of Medicaid, food stamps, and housing vouchers, because they'd be deemed more likely to need government assistance in the future.

Defending the rule, acting US Citizenship and Immigration Services Director Ken Cuccinelli, said it will encourage "self-reliance and self-sufficiency for those seeking to come to or stay in the United States."

"Make no mistake. We are in the midst of another great challenge, and the Trump administration's thinly veiled efforts to only allow those who meet their narrow ethnic, racial, and economic criteria to enter is a clear violation of the laws and will be met with a very, very strong response," James said at a press conference Tuesday.

James added that her parents were on public assistance and this rule will exclude black and brown people who would be elected to public office.

"It's important we understand this country is about equality for all individuals," she said. "We are fighting for the soul of our nation," James said.

The lawsuit is filed in the Southern District of New York and is joined by Connecticut, Vermont, and New York City.