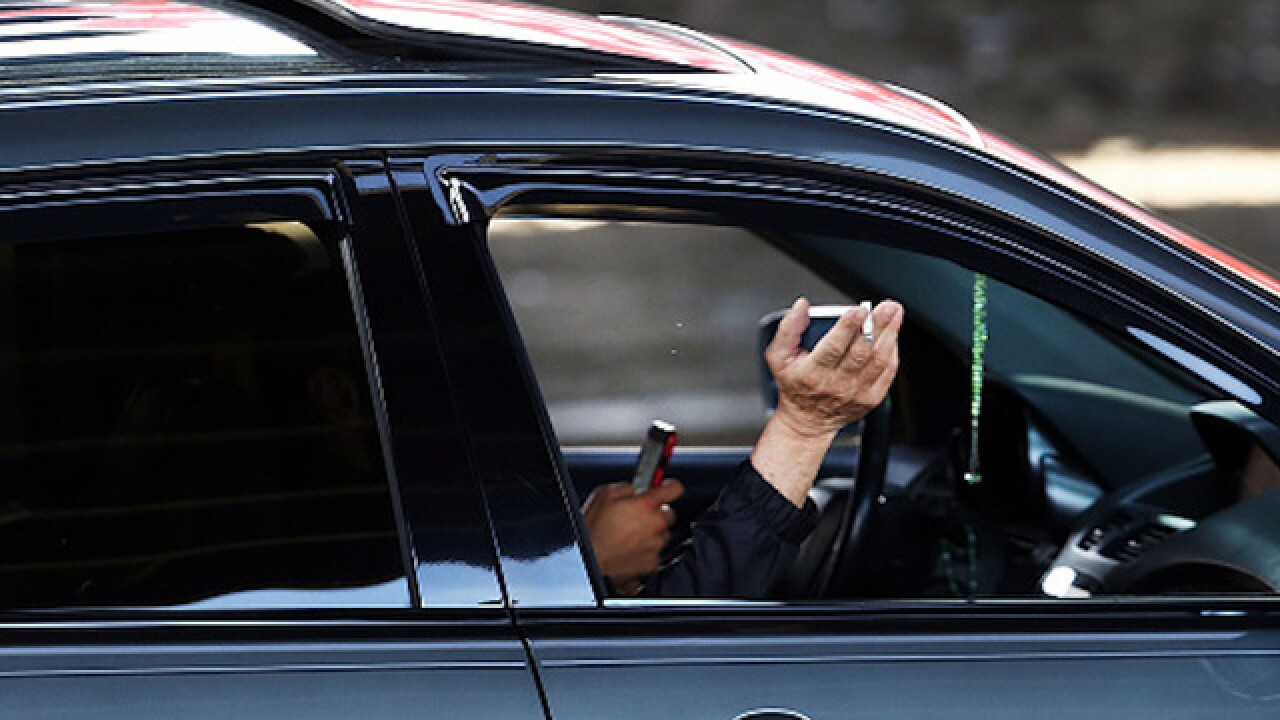 Image copyright 2018 Getty Images. All rights reserved. This material may not be published, broadcast, rewritten, or redistributed.
Spencer Platt
<p>NEW YORK, NY - APRIL 30: A passenger smokes while a driver uses a phone while behind the wheel of a car on April 30, 2016 in New York City. As accidents involving drivers using phones or other personal devices mount across the country, New York lawmakers have proposed a new test called the Textalyzer to help curb mobile phone usage behind the wheel. Similar to a Breathalyzer test, the Textalyzer would allow police to request phones from drivers involved in accidents and then determine if the phone had been used while the drivers operated their vehicles. (Photo by Spencer Platt/Getty Images)</p>

The proposed law seeks to ban smoking while kids are in the car.

"Children have no way of knowing the dangers of cigarette smoke and cannot be expected to protect their own health," Burke said. "We already don't allow smoking in indoor public spaces because we know the dangers of secondhand smoke."

Opponents of the law claim the state does not have the right to legislate smoking in a private vehicle. But according to Burke, it is a matter of public health and "those children certainly have the right to...breathe clean, healthy air. Someone's habit should not force carcinogens and pollutants on a child's lungs."

The legislation won't be unique to Erie County, which includes the city of Buffalo. The City of Schenectady and Rockland County in New York have already implemented a smoking ban with kids in the car. States like Arkansas, Louisiana, and California also have a smoking ban.

Burke said during the press conference that the legislature is still negotiating penalties for the offense. But for now, "We don't want this to be Draconian, so if someone doesn't realize what the health consequences are...or might not even know it's a law, we at least want a warning process in place. And then there will be a $150 fine for the first offense."

Local law enforcement agencies have the right to uphold the law if they see someone smoking with a child in the car.