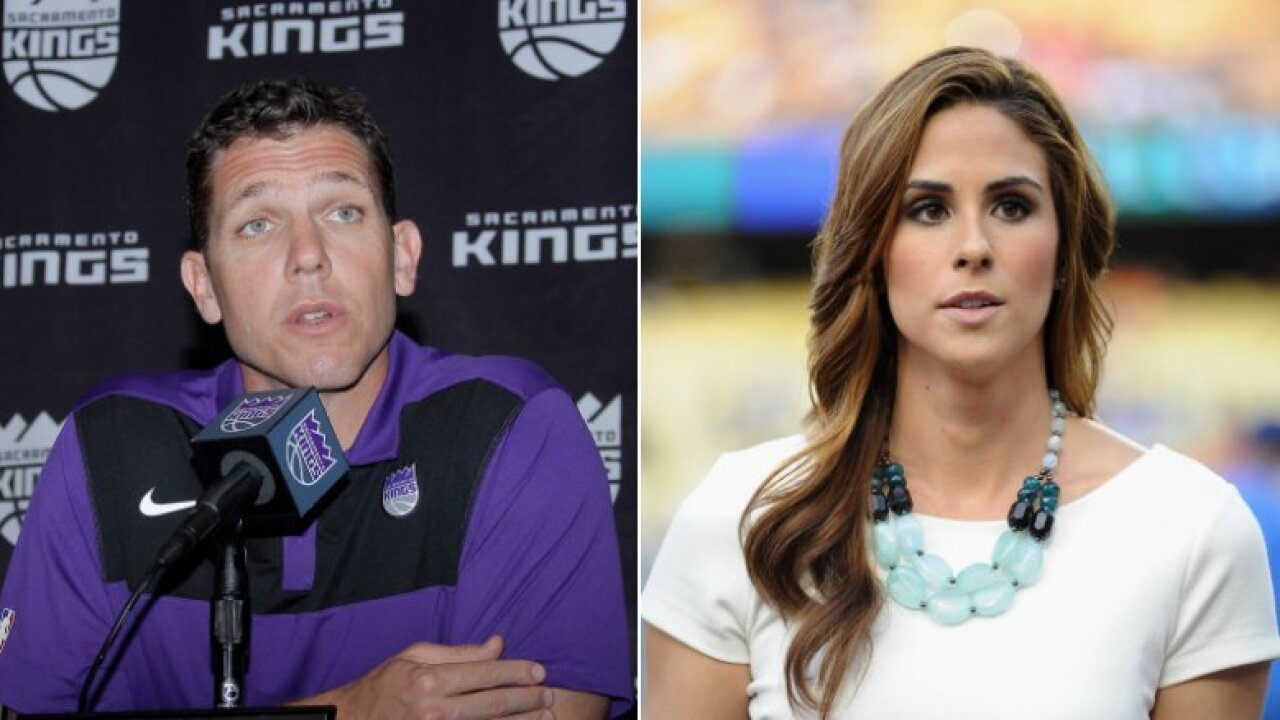 Kelli Tennant said she sustained physical injuries and suffered mental and emotional distress after Walton forced himself on her in a Santa Monica, California, hotel room while he was an assistant coach for the Golden State Warriors. Tennant says in the suit that Walton continued to make unwanted advances toward her following the alleged incident.

No date is given for the alleged assault.

"He knew, based on her reaction at the hotel, that his sexual assault was unwelcomed and unwanted," the lawsuit says. "Despite knowing all of this, Defendant Walton did it anyway, continuing to physically assault her by conduct and actions that demonstrated his view that she was simply a 'piece of meat' available for his pleasure, despite her clear lack of consent or interest."

"The accuser is an opportunist, not a victim, and her claim is not credible. We intend to prove this in a courtroom," Baute said in a statement to CNN Sports.

CNN has reached out to attorneys for Tennant, but has not heard back.

The Kings said in a statement Monday that the team is "aware of the report and gathering additional information."

"We have no further comment at this time," the team's statement said.

The Warriors said the team was "in the process of seeking more information" and had no further comment.

Walton was an assistant coach with the Golden State Warriors from 2014 to 2016.

The Los Angeles Lakers, where Walton coached for three years before going to the Kings earlier this month, also released a statement.

"This alleged incident took place before Luke Walton was the Head Coach of the Los Angeles Lakers. At no time before or during his employment here was this allegation reported to the Lakers," the team said. "If it had been, we would have immediately commenced an investigation and notified the NBA. Since Luke Walton is now under contract to another team, we will have no further comment."

Tennant, a former collegiate volleyball player, was a reporter, broadcaster and television host for Spectrum SportsNet and SportsNet LA when the alleged assault took place, the lawsuit says. She now hosts a podcast .

As a sports reporter, Tennant had regular contact with Walton because he was a lead analyst covering the Lakers for SportsNet. After he stopped serving as an analyst, Walton offered Tennant "advice and mentorship," according to the lawsuit.

At the time of the alleged incident, Tennant had just written and published a book for student athletes transitioning out of sports called "The Transition: Every Athlete's Guide to Life After Sports." Walton wrote the book's forward, the lawsuit says.

To thank Walton for his contribution, Tennant offered to drop off a copy of the book to Walton's hotel while the then-assistant coach's team was in Los Angeles to play the Lakers, according to the lawsuit.

When Tennant drove up to the Casa Del Mar Hotel in Santa Monica, the lawsuit says, Walton told her to park her car so they could "catch up."

They went to his room and discussed her book, his job and their families before things took a turn, the lawsuit says.

"Suddenly and out-of-nowhere, Defendant Walton pinned Ms. Tennant on the bed, placing his hips and legs over her body," the lawsuit said. "Defendant Walton then began forcing kisses on her neck, face and chest."

The lawsuit says Walton ignored Tennant's calls for him to stop and she was unable to free herself as the former NBA player groped her breasts and groin area, forcibly kissed her and rubbed his erection on her leg.

"Ms. Tennant was in shock and fear," the lawsuit states. "She was afraid she was about to be raped."

Walton laughed as Tennant yelled for him to stop, the lawsuit says.

Tennant did not report the assault publicly, but did tell some people about it, according to the suit.

"Like many survivors of sexual assault, and abuse, Ms. Tennant for the most part suffered silently," the lawsuit said.

Because of her job, Tennant continued to have regular contact with Walton.

"In these instances, Defendant Walton made implied threats of additional physical assaults and other harm by his continued conduct," the lawsuit says.

The lawsuit says Walton would place his hands on Tennant in ways that made her feel uncomfortable. Walton also would hug Tennant and give her a kiss instead of shaking hands when they saw each other.