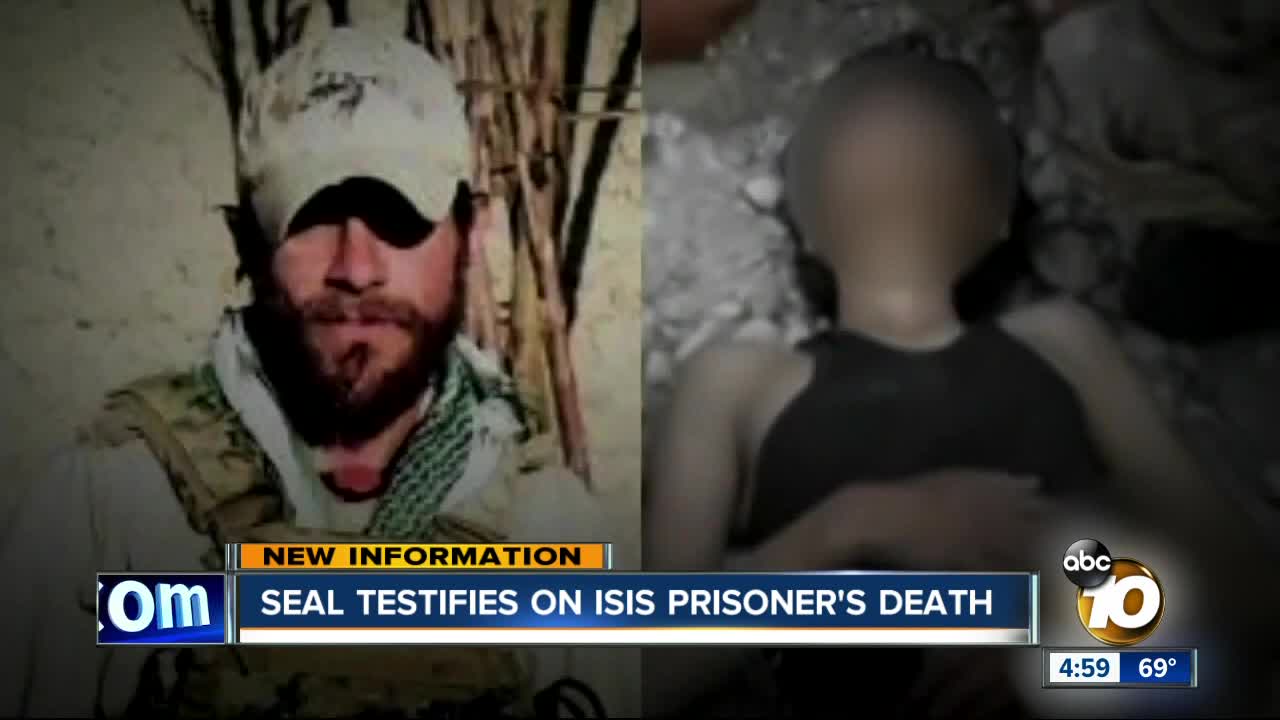 The witness said Chief Gallagher had a desire to kill. 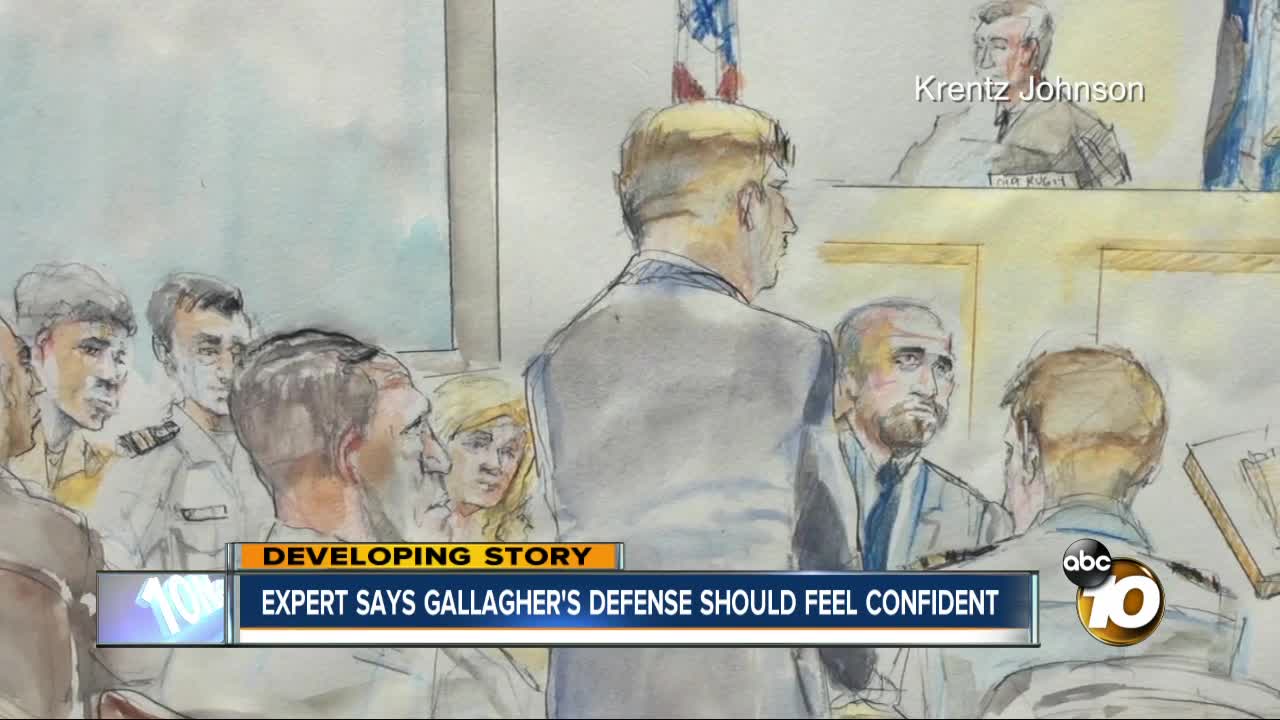 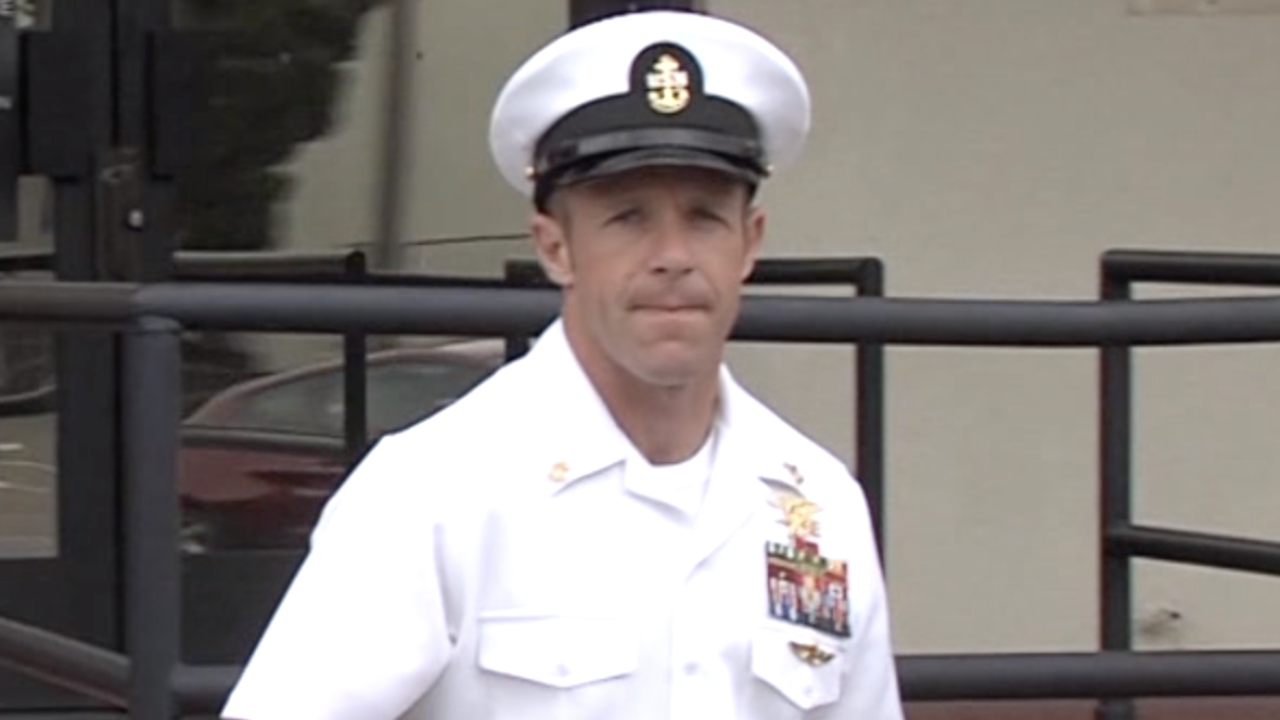 A serviceman who served in Iraq with a Navy SEAL accused of premeditated murder testified Wednesday that the defendant twice stabbed an injured alleged ISIS fighter in the neck.

Navy Special Operations Chief Craig Miller, a star witness in the military trial of Edward Gallagher , said he saw Gallagher kneel down next to the detainee in 2017 and stab him.

"I saw blood come from the ISIS detainee's neck and it looked like the way a baby would throw up," Miller said.

The witness said he reported the incident to his superior in Mosul. But he did pose with the fighter's body, he testified, and realizes that was wrong.

In a meeting after the incident, Gallagher allegedly asked Miller, "Who's not good with it?" Miller testified he told his fellow special operations chief that he was not.

Under cross-examination, Miller said he could not recall certain details and did not trust Gallagher.

Gallagher, 40, has been accused of multiple violations of military law that took place while he was deployed in the Iraqi city of Mosul in 2017. He pleaded not guilty in January.

A colleague earlier testified Gallagher posed for photos with the body of the fighter and shot into a crowd of civilians.

A former Navy SEAL, Dylan Dille told jurors that Gallagher posed for individual and group photos with the prisoner's body. Dille said he never posed in the group photos because he said he "felt it was irresponsible." The prisoner looked about 12-years-old, frail, weak and injured, he said.

"I know you're not all right with what happened but it's just an ISIS dirtbag," Dille said Gallagher told him and others when they returned to the base. "Next time if I get a prisoner, I'll do this where you can't see what happens."

The trial in Gallagher's case began Tuesday in a San Diego military courtroom. Prosecutors said several people saw Gallagher pull out a knife and stab the ISIS prisoner in the neck. Defense attorneys said there was no credible physical evidence for the murder charge against him. If convicted, Gallagher would face life in prison.

The case has garnered attention from President Donald Trump , and he has also won support from US Rep. Duncan Hunter, a California Republican who served as an artillery officer during a 2004 tour in Falluja, Iraq.

He fired toward a crowd of civilians, witness says

During that same deployment, Dille, Gallagher and others were also assigned sniper duty. Dille testified they were in a sniper position and saw two elderly men standing on a corner. Dille heard a rifle shot ring out; one man was hit, struggled, but got away.

Dille said he does not know what became of that man and says he saw a vapor trail from Gallagher's position. Over the radio, he heard Gallagher say, "Oh I thought I missed."

Dille testified he saw Gallagher firing multiple shots into a crowd of civilians. No one was injured or hit, Dille testified. But under cross-examination, Dille said he based that observation on seeing a vapor trail come from Gallagher's sniper position and did not see the defendant pull the trigger.

Gallagher shot near two women wearing hijabs, as they were walking along a river, according to Dille. He said Gallagher shot close to the women, who started running, and fired multiple shots as they continued to run away.

At no time, Dille testified, did he or any other members of his unit receive any information that these civilians were targets.

Dille, who left the Navy last August, was ordered to testify at Gallagher's trial and is not under immunity.

Defense attorneys were expected to cross-examine Dille on Wednesday. Dille had not been asked if he saw Gallagher kill the injured person.

According to a charge sheet from November, Gallagher stabbed "a wounded male person" in the neck and body with a knife while battling ISIS in Mosul. The sheet says he did so "with premeditation."

Gallagher's attorney has said the person was an ISIS combatant, and witnesses told investigators that the stabbing victim appeared to be about 15.

Gallagher also is accused, according to a charge sheet, of shooting at a male and female noncombatant and of posing for a photo next a corpse during his reenlistment ceremony. His defense team had said in a statement that the allegations were "a smear campaign full of lies," CNN affiliate KSWB-TV reported.

Gallagher is a highly decorated veteran who has served 19 years in the Navy, according to KSWB.

His attorney, Colby Vokey, told reporters in January that Gallagher didn't murder anyone and that he and other special operators are asked to do unimaginable things on the battlefield.

"This is a travesty of justice and it needs to be righted," Gallagher's wife, Andrea, told CNN in January.

In his ruling, the judge, Capt. Aaron Rugh, said the prosecution sent emails to the defense and a reporter that were embedded with email-tracking code, according to KSWB. The coding in the emails gave the prosecution the ability to track the recipients' email activity.

The devices were ordered with Czaplak's knowledge as part of a Naval Criminal Investigative Service probe into media leaks in the case. The defense argued that Czaplak was unfit to prosecute the case because future investigations into the legality of the email tracker could create a conflict of interest.