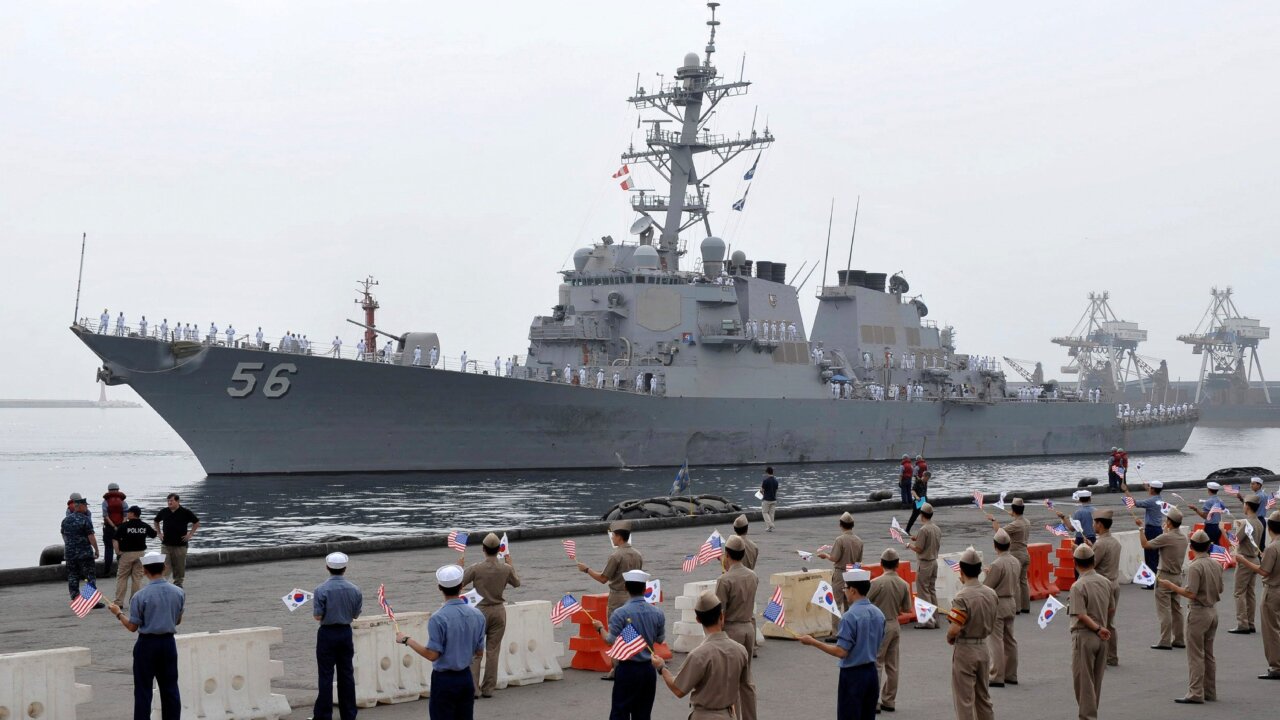 The US Navy acknowledged Friday that a request had been made regarding the USS John S. McCain in relation to President Donald Trump's visit to Japan, but said the ship ended up remaining in its normal configuration.

The statement continues a saga stemming from emails exchanged between the White House and lower-level US Navy officials about keeping a warship named for the late Sen. John McCain's father and grandfather out of sight ahead of the President's trip.

"A request was made to the U.S. Navy to minimize the visibility of USS John S. McCain, however, all ships remained in their normal configuration during the President's visit," Rear Adm. Charlie Brown, chief of Navy information, said in a statement. "There were also no intentional efforts to explicitly exclude Sailors assigned to USS John S. McCain."

Brown added that the Navy is "fully cooperating with the review of this matter tasked by" acting Defense Secretary Patrick Shanahan.

Two Navy officials told CNN on Wednesday that the White House Military Office had asked lower-level US Navy officials about keeping the ship out of view -- an impractical request as the ship was under repair, one of the officials said.

"Once leadership heard about it, they said knock it off," a senior Navy official told CNN.

The ship ultimately was not moved nor was the name obscured, said Cmdr. Clay Doss, a spokesman for the 7th Fleet.

Trump told reporters Thursday that while he had had no knowledge of the plan nor would he have acted on it, he "is not a big fan" of McCain, and whoever was behind the plan was "well-meaning."

When asked abut the controversy Friday, Shanahan maintained that the military would not be politicized, adding that he would not have directed the ship to be moved.

"Our business is to run military operations and not to become politicized," Shanahan told reporters at a Singapore news conference. "I'll wait until I get a full explanation of the facts before I pass judgment on the situation, but our job is to run the military."