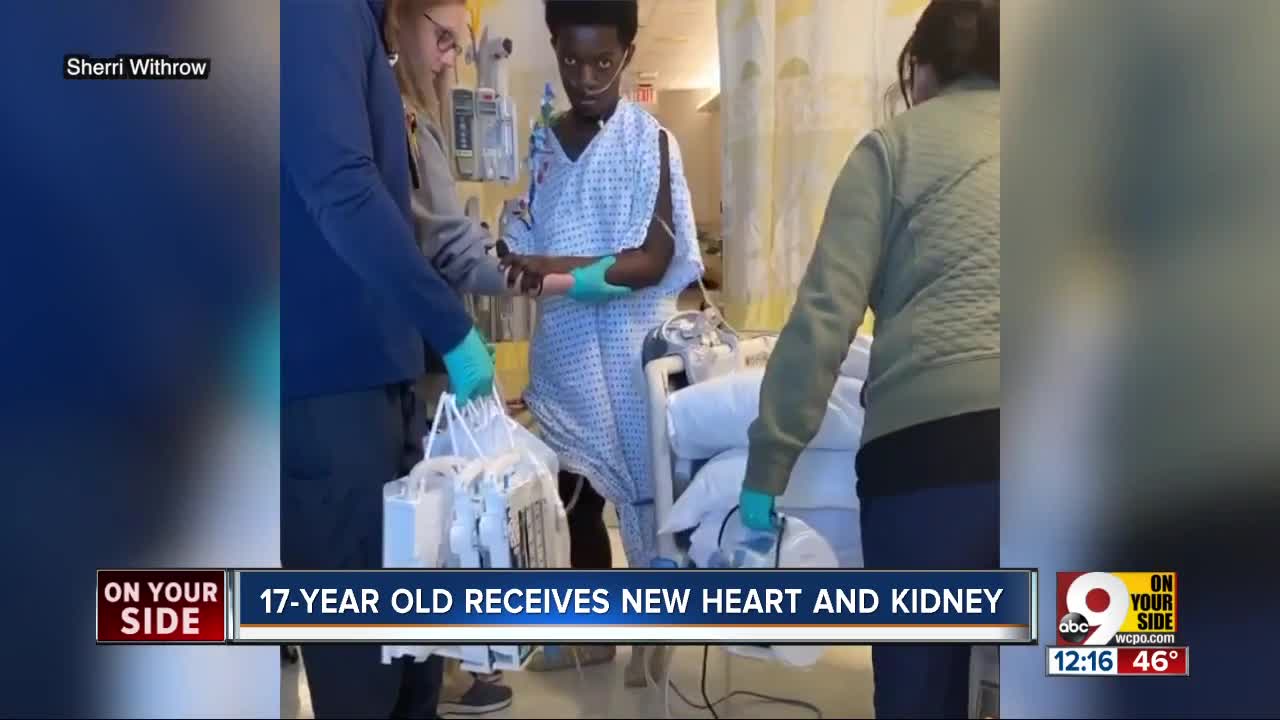 "It was scary and I was like, ‘Lord, please let him live,’" Sherri Withrow said.

Giving her son the gift of life.

While Marquis will spend the holidays recovering there, his mother, who’s from Lexington, Kentucky, will be counting her blessings and living out of her car here for a while.

They’re all packed into her white Kia, she said.

"My car is a hotel!" she exclaimed. "I’ve got shoes, bags everywhere, but it doesn't matter."

"Marquis was at work when I got the call. I thought it was a spam call, so I kept hanging up on them. They kept calling back," Withrow said, until she finally answered.

The immediate joy and relief were beyond words.

"She was like, 'Take your time, but get him here as soon as possible.' I was still like, 'WHAT?'"

Actually, mother and son have been fighting Marquis's whole life, she said.

At 3 years old, he had his first heart transplant.

Marquis was born with hypoplastic left heart syndrome, meaning the left side of his heart was underdeveloped.

"He's been fighting all his life - back and forth, and up and down - from Lexington to Cincinnati,” Withrow said. “Doctors appointments. Blood work … "

When Marquis was 10, his condition suddenly got worse, his mother said.

"I took him to the doctor. That's when his heart stopped in the emergency room. They revived him, got him stable and flew him to Cincinnati.

"After that he went into kidney failure ... He never had any kidney problems. When his heart stopped, that's when the issues started and they just never recovered."

In 2018, doctors told them Marquis would need heart and kidney transplants.

They got to Children's two weeks ago, she said.

"It was scary and I was like, ‘Lord, please let him live,’" Withrow said. "Never did I think that we're going to go through it again - not only one organ, but now he needed two."

About 17 hours of surgery later, Marquis can stand now with two new organs.

"It's the best Christmas gift I could ever get,” Withrow said. "I'm very thankful."

"He said, ‘Are you going to call school? I have to graduate,’" Withrow said.

Marquis plans to walk at graduation next year.

Wouldn’t that be a miracle?

Withrow said she will be staying at the Ronald McDonald House after her son is released from Children's.

For the next 12 weeks or so, she will remain close by as doctors keep a close eye on Marquis.

"I have to be within 9 miles of the hospital. He will have to give blood work every ... two clinic visits a week," Withrow said.

You can donate to Marquis's family through the Children's Organ Transplant Association.

This article was written by Paola Suro for WCPO .