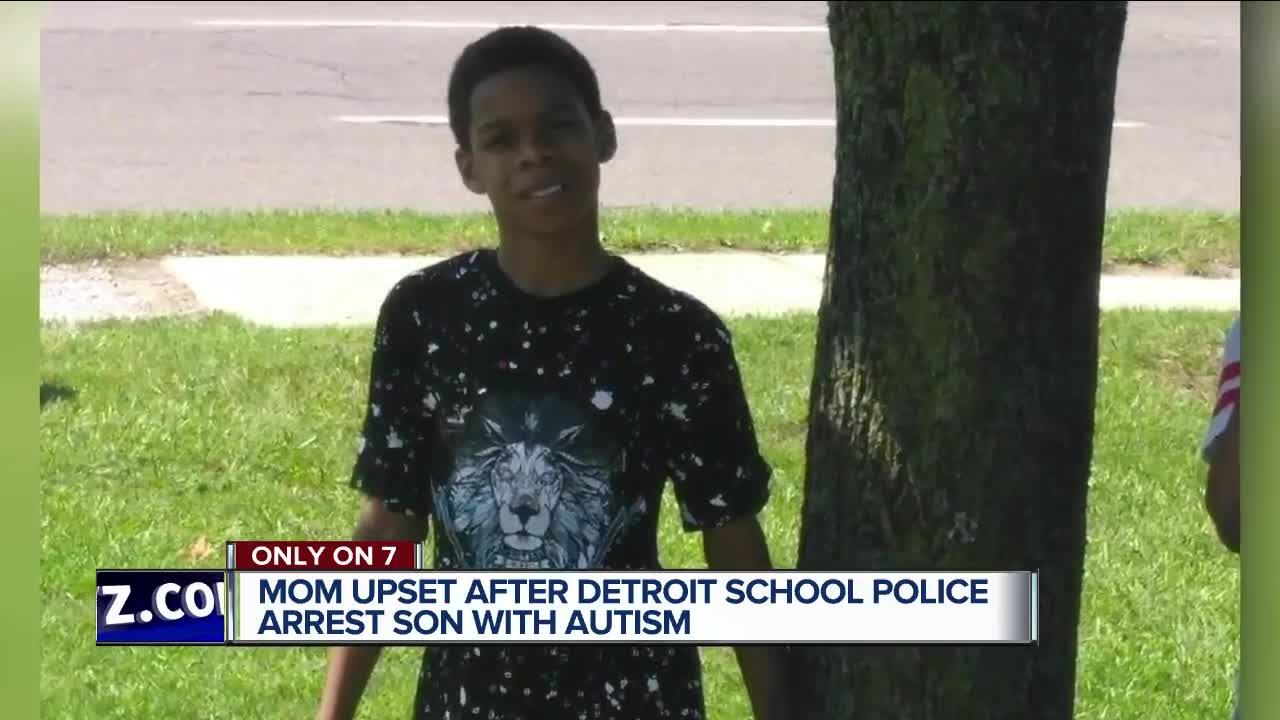 Angela Miller said she couldn't believe the first phone call she received about her son getting into trouble at school was from a police officer with the school district.

DETROIT — Angela Miller said she couldn't believe the first phone call she received about her son getting into trouble at school was from a police officer with Detroit Public Schools.

Angela's 13-year-old son Jerel is in the sixth grade at Thirkell Elementary-Middle School in Detroit.

Angela says Jerel has high-functioning autism, and any other time her son has had trouble at school, she's been called and she's been able to help him over the phone.

"They really have to get their act together because this don't make sense," said Angela, who talked to WXYZ on Friday.

The incident took place Wednesday and Jerel has not wanted to go back to school since it happened, according to his mother.

A student at Thirkell Elementary/Middle School was arrested and therefore handcuffed earlier this week for pulling the fire alarm, as sounding a false alarm is a crime. The student's parent was issued a citation as a result of the false alarm according to district protocol. The district is reviewing the arrest.