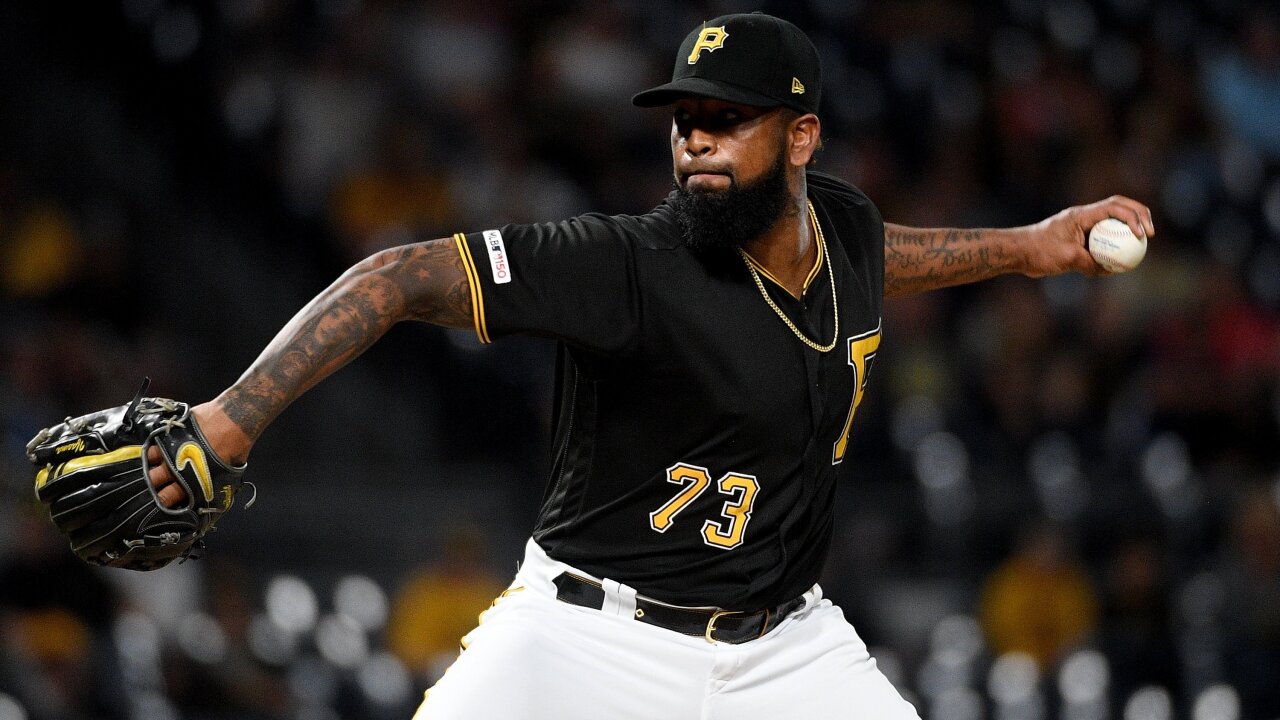 Vázquez, 28, a two-time All-Star who's among the National League leaders in saves this season, was arrested in Pittsburgh on a felony warrant from Lee County, Florida, according to a FDLE statement.

He also faces one count of giving obscene material to a minor, the statement said.

It was not clear whether Vázquez has an attorney. CNN has reached out to his representative for comment.

"We take this matter, and these charges in particular, extremely seriously," Coonelly said in a statement. "We need to be respectful to all involved and the ongoing legal proceeding. As a result, the organization, our staff and players cannot comment any further at this time."

Florida law enforcement agents and Pennsylvania State Police served a search warrant at Vázquez's Pittsburgh apartment, where several electronic devices were seized, according to the statement.

The investigation began in August after authorities received information that Vázquez had "a reported sexual relationship" with a Lee County resident who was 13 at the time, the statement said. The victim is now 15.

The statement said the girl continued to have "a relationship with Vázquez via text messaging and received a video in July from him in which he is shown performing a sex act." Vázquez allegedly told the victim via text message that they would meet for sex after the baseball season, the statement added.

Vázquez allegedly sent the victim photographs and a video from his cell phone on July 16, according to a state court affidavit filed in Florida.

The affidavit said the photos and video did not show the suspect's face but authorities were able to identify him through "numerous tattoos" about his body that are "unique and distinguishable."

The girl's mother discovered the photos, video and exchanges and texted Vázquez on July 23 to say her daughter is a minor, according to the affidavit.

The affidavit said Vázquez's cellphone was the "originating source" of the evidence, and that the victim referred to him by his first name in the exchanges.

The native of Venezuela was taken to the Allegheny County Jail, where he faces extradition to Florida, the statement said.

Vázquez, who represented the Pirates at the 2019 All-Star Game in Cleveland, had a 5-1 record, with 28 saves and a 1.65 ERA this season. His 37 saves last season were the most by a left-handed pitcher in Pirates history.