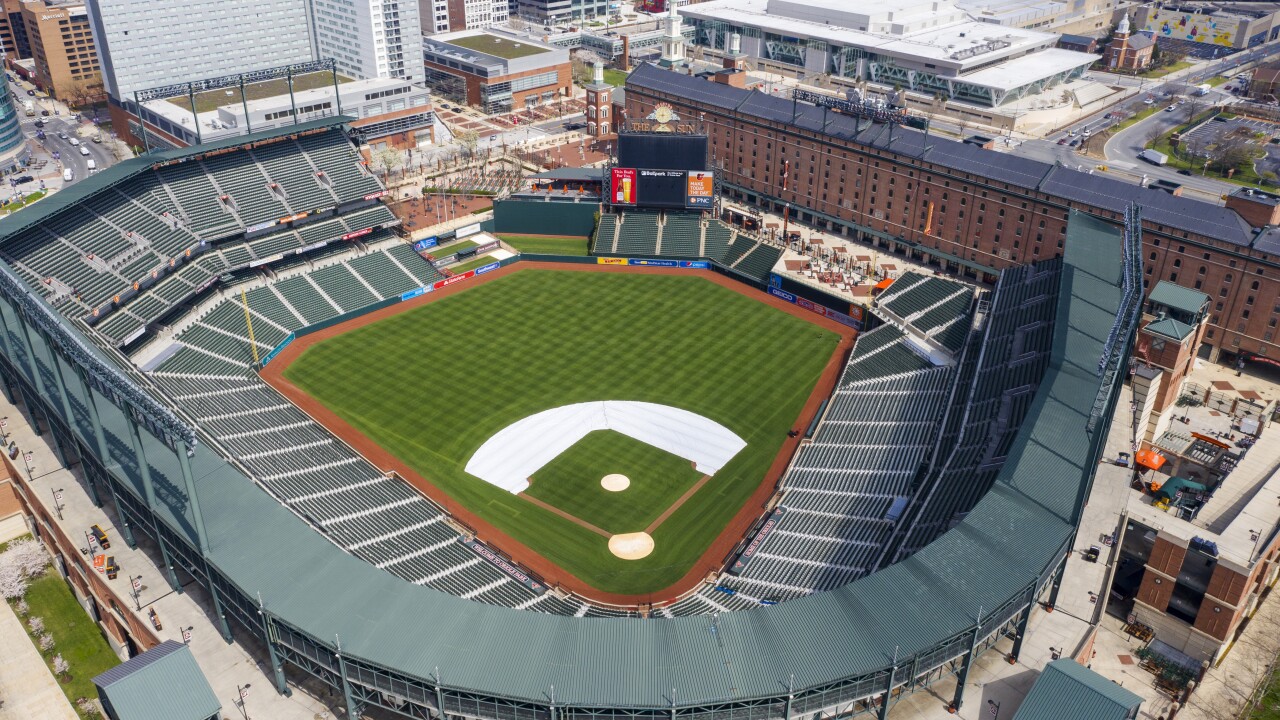 Copyright 2020 The Associated Press. All rights reserved
Steve Helber/AP
FILE - In this Thursday, March 26, 2020, file photo, Oriole Park at Camden Yards is closed on what would've been Opening Day in Baltimore, Md. Whenever baseball returns because of the coronavirus pandemic, there's an element that might come into play like never before: the sound of silence. (AP Photo/Steve Helber, File)

NEW YORK (AP) — Major League Baseball owners have given the go-ahead to make a proposal to the players’ union that could lead to the coronavirus-delayed season starting around the Fourth of July weekend in ballparks without fans, a person familiar with the decision tells The Associated Press.

The plan Monday envisions expanding the designated hitter to the National League for 2020.

Spring training would start in early to mid-June.

Each team would play about 82 regular-season games, most against opponents in its own division.

Postseason play would be expanded from 10 clubs to 14 by doubling wild cards in each league to four.