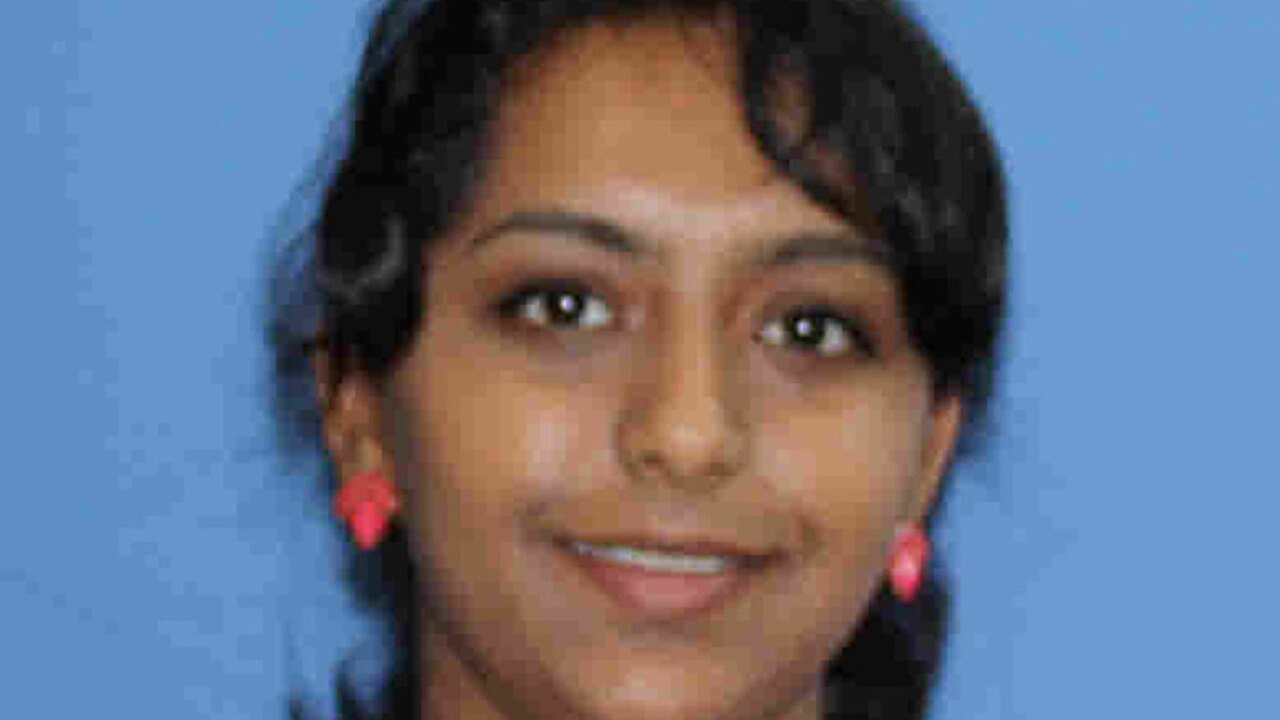 SOUTH BEND, Ind. — The body of a missing University of Notre Dame student has been found in a lake on campus, the university announced Friday afternoon.

A statewide Silver Alert was issued Thursday for student Annrose Jerry, 21, who was last seen Tuesday. The alert was canceled Friday afternoon.

In a statement, the university said Jerry's body was found Friday in Saint Mary's Lake on campus.

Rev. John I. Jenkins, president of the University of Notre Dame, issued a statement expressing condolences and prayers to her family.

"We're deeply saddened by the passing of Annrose," Jenkins said. "We will keep her and her family and friends in our prayers."

The university said Notre Dame police scoured the campus and pursued multiple leads in an effort to find Jerry. Her body was discovered around 11:15 a.m. Friday and was recovered an hour later.

The St. Joseph County Coroner's Office positively identified the body and said there were "no apparent signs of trauma."

A mass in memory of Jerry will be held at the Basilica of the Sacred Heart early next week, the university said.

This story was originally published by Bob Blake at WRTV.