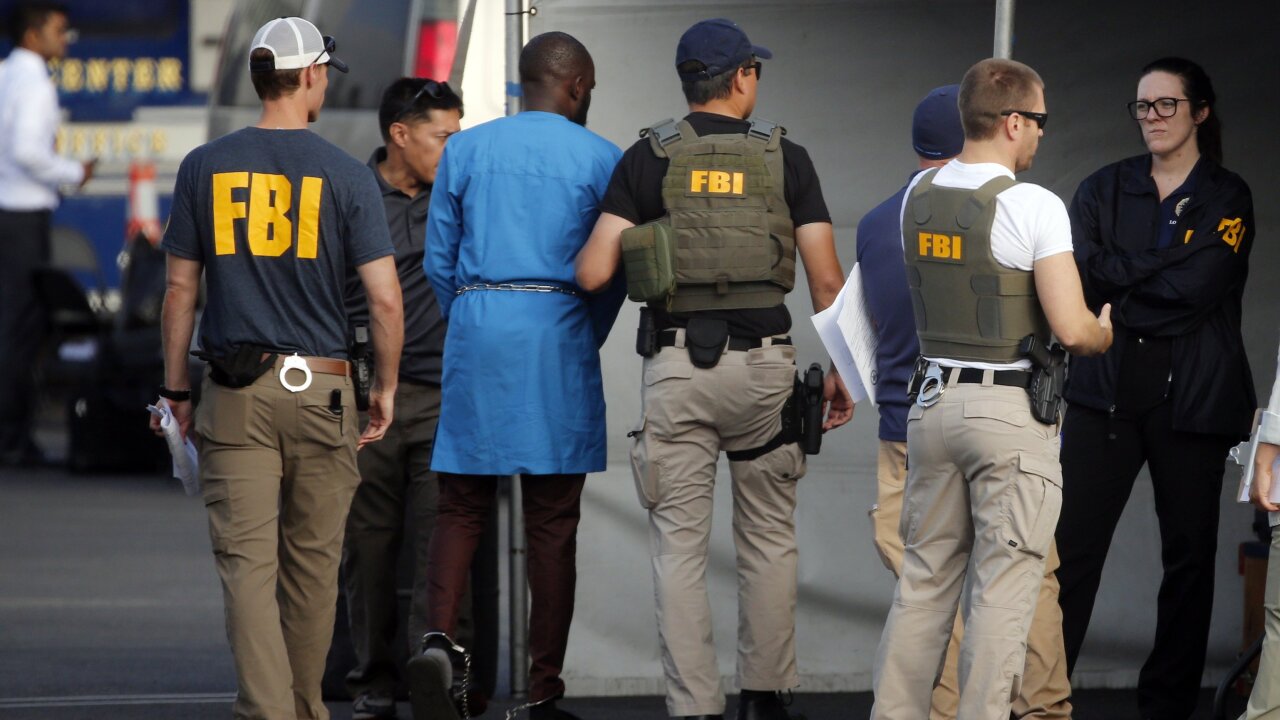 In March 2016, a man claiming to be a US Army captain stationed in Syria reached out to a Japanese woman on an international site for digital pen pals.

Within weeks, their relationship grew into an internet romance with the man sending daily emails in English that she translated via Google. The man who called himself Terry Garcia asked for money -- lots of it -- from the woman identified as FK in federal court documents. Over 10 months, she sent him a total of $200,000 that she borrowed from friends, her ex-husband and other relatives to make her love interest happy.

But in reality, Garcia did not exist. It was all an international online scam ran by two Nigerian men in the Los Angeles area with the help of associates in their home country and other nations, federal officials say.

And Thursday, US prosecutors charged 80 people -- mostly Nigerians -- in the widespread conspiracy that defrauded at least $6 million from businesses and vulnerable elderly women.

Of those, 17 people have been arrested in the US so far and federal investigators are trying to track down the rest in Nigeria and other nations.

"We believe this is one of the largest cases of its kind in US history," US Attorney Nick Hanna said.

A plan to smuggle diamonds

The whirlwind online romance between FK and Garcia was all conducted on a Yahoo email address with no phone calls. Garcia told FK he wasn't allowed to use a phone in Syria, according to federal authorities.

Demands for money started after he told her he'd found a bag of diamonds in Syria and needed her help to smuggle it out of the war-torn nation. He said he was injured and could not do it himself -- and introduced her to associates he said would help facilitate the transfer, court documents allege. One said he was a Red Cross diplomat who could get the diamonds shipped to FK, court documents show.

Shortly after, another man who claimed to work for a shipping company asked FK for money to ensure the package was not inspected at customs, the complaint alleges. Requests for additional money kept coming, with the fraudsters citing different reasons each time on why the package was stuck at customs.

"FK estimates that she made 35 to 40 payments over the 10 months that she had a relationship with Garcia. During that time, the fraudster(s) emailed her as many as 10 to 15 times each day, and Garcia was asking her to make the payments, so she kept paying to accounts in Turkey, the UK and the US," the federal criminal complaint says.

The loss of money has left FK angry and depressed, authorities said. "She began crying when discussing the way that these losses have affected her," the criminal complaint says.

17 arrested and dozens on the run

The scams were not just limited to romance, Hanna said. They included business schemes where fraudsters hack escrow company email systems, impersonate employees and direct payments that funnel money back to themselves.

"In some cases, the victims thought they were communicating with US servicemen stationed overseas, when in fact, they were emailing with con men," Hanna said. "Some of the victims in this case lost hundreds of thousands of dollars in this way."

Of the 80 people charged, federal authorities arrested 14 people mostly in Los Angeles, the local US Attorney's Office said Thursday. At least three other defendants were already in custody. The remaining suspects live in other countries, mainly in Nigeria, and investigators said they'll work with the respective governments to extradite them.

How the scam worked

Investigators detailed an intricate scam traced to two key suspects who oversaw the fraudulent transfer of at least $6 million and the attempted theft of an additional $40 million.

Once co-conspirators based in Nigeria, the United States and other countries persuaded victims to send money under false pretenses, the two Nigerian men who lived in Southern California coordinated the receipt of funds, the indictment says.

The two men were arrested Thursday. All defendants will face charges of conspiracy to commit fraud, conspiracy to launder money, and aggravated identity theft. Some also will face fraud and money laundering charges.

Paul Delacourt of the FBI's Los Angeles warned people to be careful as romance scams escalate nationwide. The Federal Trade Commission has said scams that prey on vulnerable people cost Americans more money than any other fraud reported to the agency last year. More than 21,000 people were conned into sending $143 million in such schemes in 2018 alone, it reported.

"Billions of dollars are lost annually, and we urge citizens to be aware of these sophisticated financial schemes to protect themselves or their businesses from becoming unsuspecting victims," Delacourt said.