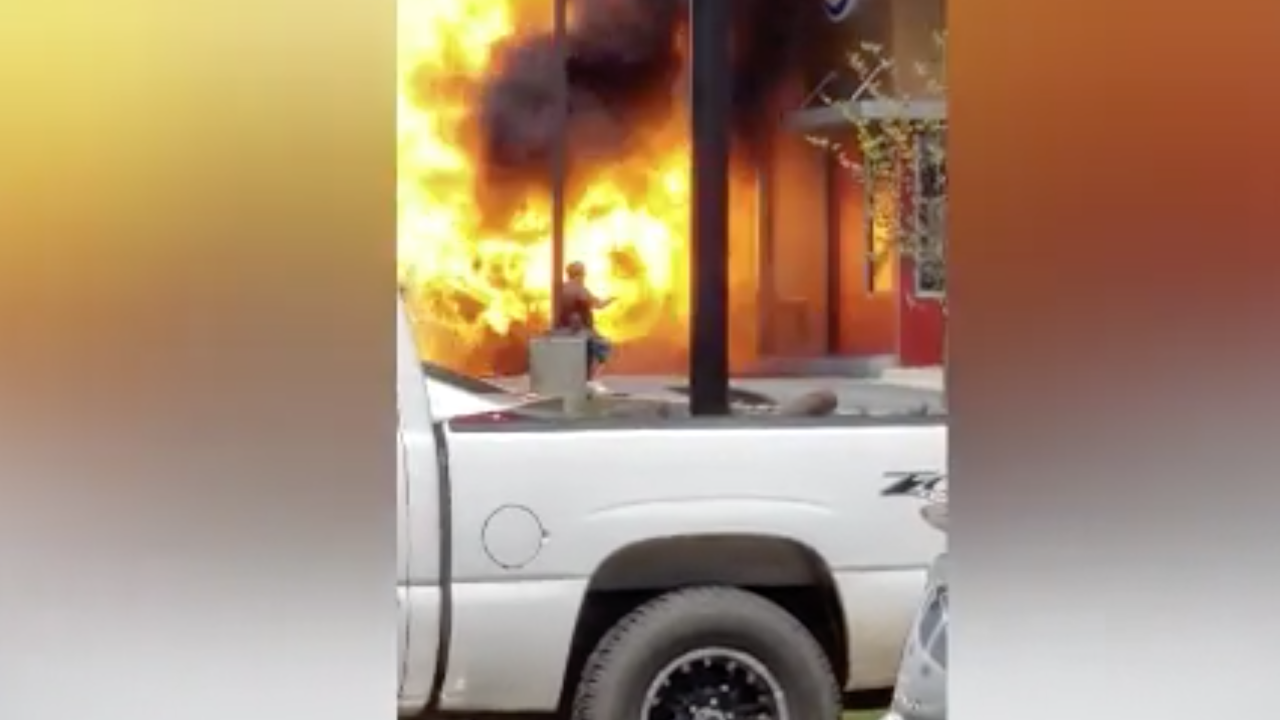 Video captured a man's pickup truck exploding into flames next to the pickup window at a Beebe, Arkansas, Burger King restaurant.


"I got little blisters on me in different places," Daniel told KARK-TV. "I got blisters under my eyes. That's got puss, water, in them."

Daniel said that he had just purchased a propane tank when he went through the drive thru. While he was waiting at the pickup window, he began hearing a hissing noise.

"I realized it was the propane tank leaking," he told KARK.

Daniel then moved away from the truck and moved away. Moments later, video captured the truck exploding.

"I looked up and saw debris in the air. And I took off running to get out of there," he said.

The explosion destroyed his truck and caused damage to the side of the Burger King.