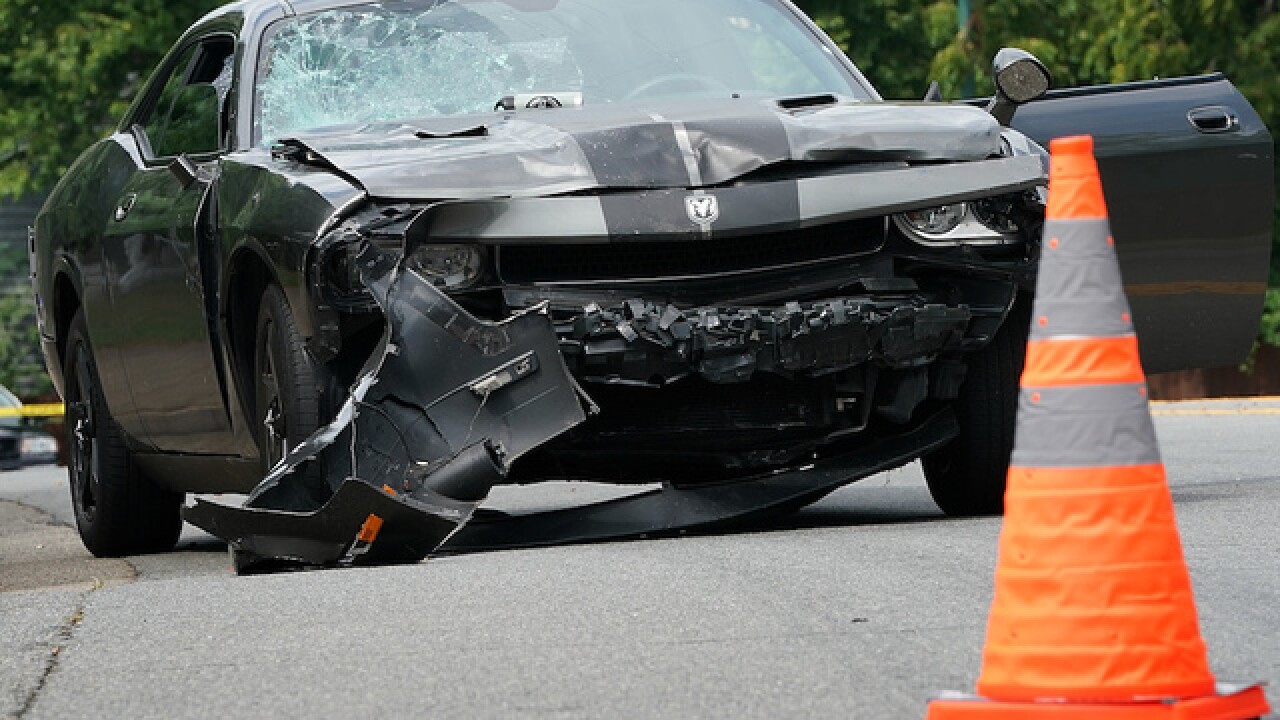 A man was sentenced to life in prison on Friday for killing a woman and injuring dozens of other people when he rammed his car into a crowd of counterprotesters at a 2017 rally of white nationalists and others in Charlottesville, Virginia.

James Alex Fields Jr. of Ohio pleaded guilty to 29 federal hate crimes in March as part of an agreement that eliminated the death penalty as a possible punishment.

US Judge Michael F. Urbanski sentenced Fields following testimony from prosecution witnesses and the defense. Prosecutors -- seeking a sentence of life in prison -- went over details of the attack, including playing video of the car going into the crowd.

Twenty victim impact statements were read in court, with the Susan Bro, the mother of Heather Heyer, the woman killed, speaking last.

"I'd like to see him find meds to help his mind to heal. I don't know if Mr. Fields can ever be trusted in society. I hope he can heal someday and help others heal too," she said.

In a Thursday interview with CNN, Bro said she wanted Fields to get life in prison "because I think not only does he need help but I also feel like it would send the wrong message to others if he were to be set free or given a reduced sentence."

"I know that he had a difficult childhood. I know that he has mental health issues. But I've known lots of people with those same issues who did not commit murder," Bro told CNN.

Two victims said they wished Fields could get the death penalty, but since that's not an option they hope he gets a life sentence.

Fields, wearing a gray and white jumpsuit in court, was mostly expressionless during the morning testimony.

In a memorandum to the court, Fields pleads for mercy and asks for a lesser sentence . Through his public defender, he says the court should not give him a life sentence because of his age, history of mental illness and childhood trauma, and to show that no one is defined by their worst moments.

Fields was 20 when he attended the August 2017 demonstrations in Charlottesville and joined white nationalists, neo-Nazis and other groups opposed to the city's decision to remove a statue of Confederate Gen. Robert E. Lee. During a day of violent clashes, Fields drove his vehicle into a crowd of counterprotesters, killing Heyer, a 32-year-old paralegal.

Fields was convicted of other charges in state court

Fields also was convicted in state court of first-degree murder and other charges, and the jury recommended a sentence of life in prison. He is due to be sentenced in that case July 15, Commonwealth's Attorney Joseph Platania said in March.

According to the federal indictment , Fields took to social media before the rally on August 12, 2017, and "expressed and promoted his belief that white people are superior to other races and peoples; expressed support of the social and racial policies of Adolf Hitler and Nazi-era Germany, including the Holocaust; and espoused violence against African Americans, Jewish people and members of other racial, ethnic and religious groups he perceived to be non-white."

The day before the rally, as Fields prepared to leave his home in Maumee, Ohio, to travel to Charlottesville, he got a text from a family member urging him to be careful, the indictment says.

"We're not the ones who need to be careful," Fields responded, attaching a photo of Hitler, according to the indictment.

Once in Charlottesville, Fields joined protesters who had gathered to denounce the removal of a Confederate statue from a city park in "chants promoting or expressing white supremacist and other racist and anti-Semitic views," the indictment says.

Later, as Fields drove along the streets of Charlottesville in his Dodge Challenger, he encountered a crowd of racially and ethnically diverse people chanting and carrying signs promoting equality, the indictment says.

"Fields rapidly accelerated, through a stop sign and across a raised pedestrian mall, and drove directly into the crowd. Fields's vehicle stopped only when it struck another vehicle near the intersection of Fourth and Water Streets. Fields then rapidly reversed his car and fled the scene," according to the indictment.

Many of the individuals gathered in the street when Fields mowed them down "were chanting and carrying signs promoting equality and protesting against racial and other forms of discrimination," according to the indictment on the hate crime charges.